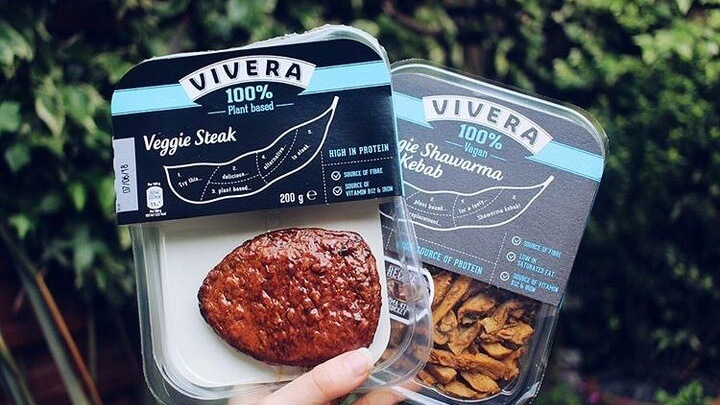 The vegan food market has reached $3.3 billion over the past year, representing a 20 percent growth spike, says a new report conducted by leading global sales research company, Nielsen. The report was commissioned by the Plant Based Foods Association (PBFA), a trade association that represents 114 of the nation’s top vegan brands.

“The plant-based foods industry has gone from being a relatively niche market to fully mainstream,” said Michele Simon, executive director of the PBFA, in a statement. “Plant-based meat and dairy alternatives are not just for vegetarians or vegans anymore; now even mainstream consumers are enjoying these delicious and innovative options in the market today.”

According to the report, the vegan food market outpaced nonvegan categories across all food departments (including refrigerated, deli, grocery, dairy, meat, produce,  etc…) 10 times over. Last year’s report on vegan food sales showed that the plant-based food market grew by 8 percent last year, showing that the market has more than doubled as of June 2018. The report notes that the data represents plant-based products that directly replace animal-based food such as vegan meat, eggs, milk, cheese, etc.

Breaking news! #Plantbased foods sales are up, and we mean way up! Growing at a whopping 20% and outpacing overall food sales by 10X! Learn more about this exciting new PBFA-commissioned data from @Nielsen: https://t.co/PrEeCnR5RB pic.twitter.com/FHQBZfdZW7

“The new data confirms what we are hearing and seeing every day from our members: sales are up, investment is increasing, and new jobs are being created in the plant-based foods industry,” Simon continued. “It is important that regulators and legislators treat our industry fairly and the playing field for plant-based foods is level and fair at the state and national levels.”

Whatever you call it, consumers are buying a lot more #plantbasedmilks! Growth has tripled from 3 to 9% over the past year! Which is your favorite? https://t.co/PrEeCnR5RB pic.twitter.com/tIMtQxpokQ

The plant-based meat category also found favor with consumers, growing by 24 percent compared to last year’s 6 percent. As of this year, the vegan meat market has reached $670 million in sales.