Vegan food sales in Germany increased by 37 percent during the first quarter of 2020.

The Federal Statistical Office specifically highlighted the growing popularity of plant-based foods including dairy-free spreads, tofu products, and vegan meat. According to Mintel data, one in every 10 new products released in Germany is vegan. Companies including LikeMeat, Rügenwalder Mühle, and Nestlé’s Garden Gourmet all produce popular plant-based meats.

Ronja Berthold, the head of public affairs at the European Vegetarian Union (EVU), told LIVEKINDLY that increasing demand in Germany reflects a growing overall awareness of the impact of meat production. She also noted that the COVID-19 pandemic has drawn additional attention to global animal agriculture.

“COVID has put a spotlight on the problematic aspects of the livestock industry,” said Berthold. “And it also affected the production itself. That is why people are more actively seeking out and are willing to try alternatives.” She added: “The sector will continue to grow, despite or even because of the crisis.” 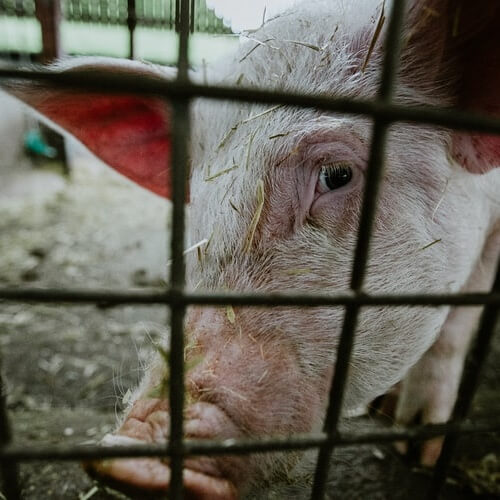 Factory farms are at risk of spreading zoonotic diseases.

Animal Agriculture and the Pandemic

Meat processing plants are high-risk environments for the spread of viruses. In June, more than 1500 workers tested positive for COVID-19 at Germany’s largest meatpacking plant. This followed similar outbreaks around the world, including in the UK and U.S. As confirmed cases of coronavirus and worker callouts cause shortages in the meat industry, some consumers are switching to alternative proteins.

While the recent data on plant-based sales is significant, the meat industry is still dominant, and Germany produced approximately €40 billion worth of animal products in 2019. However, Berthold believes that political incentives and additional endorsement of plant-based foods will see the market continue to grow.

“It is still a long way for vegan alternatives to overtake their animal-based counterparts,” she continued. “But the fact [is] that the sector’s growth is still ongoing. We will hopefully see more and even better alternatives in the future.”