The UK’s interest in vegan food is going strong during the coronavirus pandemic, according to new data from global research firm Mintel.

Food Manufacture reports that a new survey of 2,000 has revealed that 12 percent of British consumers—which is about eight million people—say they perceive a vegan diet as being “more attractive” since the start of the coronavirus outbreak. Londoners, in particular, are more interested in plant-based diets, with nearly a quarter reporting increased interest. According to the survey, an estimated eight million Brits are eating more plant-based food now than ever before.

According to the research, 23 percent of British consumers say they have upped their fruit and vegetable intake since the beginning of the pandemic. Members of Generation Z ages 20 and under (31 percent) and Millennials (27 percent) are the most likely to stock up on produce. In addition to this, 51 percent of respondents say they believe that plants have medicinal properties. 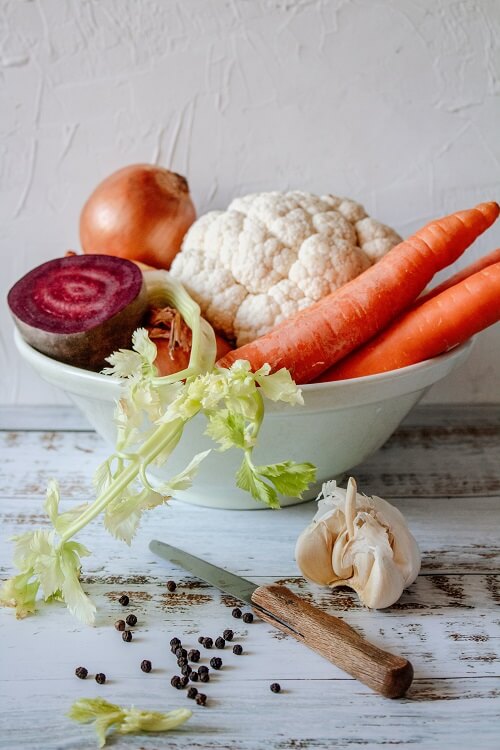 Coronavirus is driving interest in vegan diets and fresh fruit and vegetables.

The pandemic has caused spikes in plant-based food sales in the UK, particularly packaged foods. Meat alternative brands including THIS, The Fry Family Food Co., and the Meatless Farm Company have all reported sales increases, per Food Manufacture.

Sales are up in the U.S. as well, according to Nielsen data. Plant-based meat sales increased 279.8 percent in the week ending on March 14. Oat milk was the clear winner in the plant-based milk market, with a dramatic 476.7 percent increase in sales. According to SPINS data, overall sales of vegan food increased 90 percent, likely a result of panic-buying.

Purchases driven by fears of food shortages aside, experts believe that the plant-based food market has lasting power.

“Our data shows the plant-based meat boom of last year continues,” said Julie Emmett, the senior director of retail partnerships at the Plant Based Foods Association. The US-based trade organization represents some of the nation’s leading brands.

“[A]nd as reports of animal-based meat shortages increase, we can expect plant-based meat to gain even more traction,” she continued.

This was true prior to the pandemic as well. A Mintel analysis of UK meat-free food sales from 2014 to 2019 revealed a 40 percent increase. Additionally, the number of British consumers who have tried plant-based food grew to 56 percent in 2019 from 50 percent in 2014.