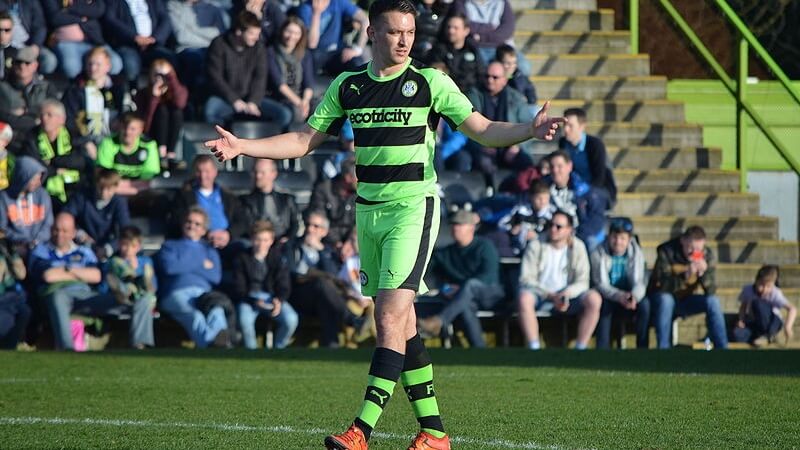 The club, which is the first-ever completely vegan football team in the UK, received the award in the Climate Neutral Now category after it became the first club in history to work with the UN to go completely carbon neutral.

“We’re pretty chuffed to have this recognition from the United Nations for our work in promoting sustainability through sport,” Dale Vince, FGR’s chairman, said in a statement. “Plenty of people doubted we could make this improbable combination of a football club and the environment work, but it’s proven to be a powerful combination.”

He continued, “we’ve reached over 3 billion people in the last year with our story and our messaging and all around the world people have become fans of FGR because of the stand we take on environmental issues – we now have fan clubs in over 20 different countries. We’ve created a new kind of football club and a new kind of fan, people who are fans of football and the environment.”

Forest Green Rovers has been recognised by the @unfccc, after receiving a “Momentum for Change” climate action award in New York last night. Forest Green received the award in the Climate Neutral Now category, after becoming the first football club in the world to work with the UN to go carbon neutral at the start of the season. Visit the website for the full story.

With its vegan lunches, solar-powered lawn mower, organic pitch, and electric car charger, the Forest Green Rovers has sustainability at its core. Even its sponsors are eco-friendly, one of which is UK energy company Ecotricity. Also founded by Vince, the company is the world’s first ever certified vegan electricity supplier.

According to Vince, most of the country’s energy companies use by-products of factory-farming in their electricity and gas supplies. Ecotricity, however, is animal-free, and by using it, consumers can significantly reduce their impact on the planet. “Energy suppliers need to come clean,” said Vince. “We need clear labeling of energy sourcing so that people can make informed choices.”

FGR isn’t the only vegan business model to be honored by the United Nations. Earlier this week, Beyond Meat and Impossible Foods, both U.S.-based plant-based meat companies, were jointly given the “Champions of the Earth” award. According to the UN, the brands were awarded “for their pioneering work towards reducing our dependence on animal-based foods.”