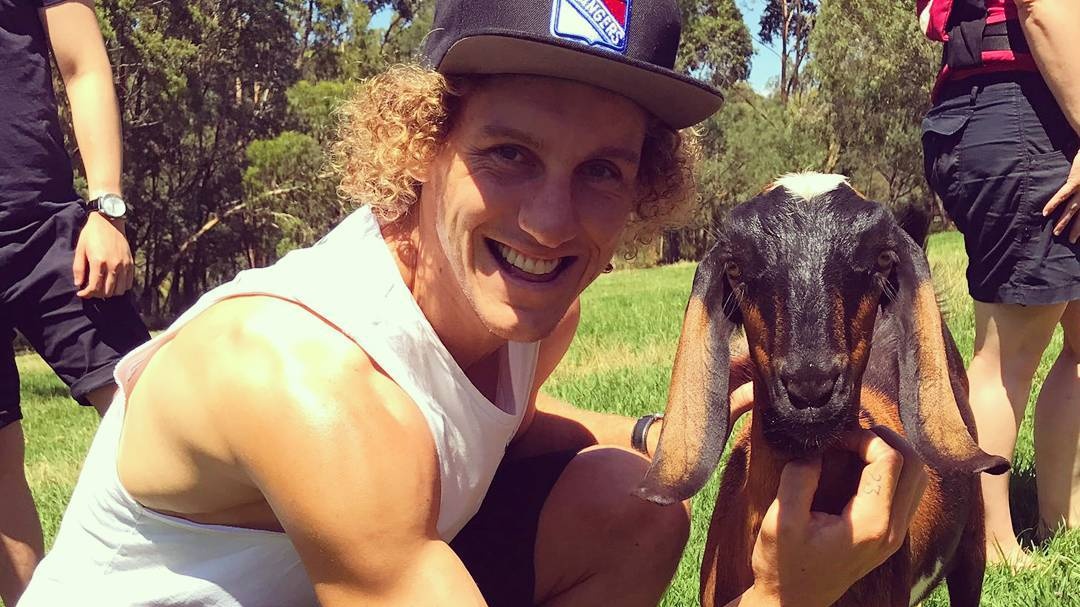 Fox Sports Australia reports that the 29-year-old plant-based athlete and former Docker was acquired by Collingwood, also known as the Magpies, in 2017. However, his first season was “largely heralded” as a failure, as Mayne played only three matches and admitted that it was possible that he would be shipped back to his previous team, the Dockers.

This season, however, Mayne seems to have turned his Collingwood career around after working hard in the off-season to be a winger. His efforts paid off and since Round 6, the vegan footballer has played in every game this season. The athlete’s teammates have expressed their respect for Mayne’s success.

According to midfielder Taylor Adams, “I used to think Chris was an aggressive, really tough, strong, tackling machine,” Adams said. “He’s actually a vegan who bench presses 80kgs and doesn’t have a mean bone in his body, the perception outside is so different to what reality is for Chris.”

Hanging out with my mate Elmo @edgarsmission “if we could live happy & healthy lives without harming others why wouldn’t we?” ???

“He was just so upbeat every day he came to the club. It was like nothing was happening and behind the scenes it was this whirlwind of abuse he was copping,” Adams continued. “You grow a really great amount of respect seeing someone deal with that and come out the other side.”

Following his first season, Mayne expressed disappointment at the way things went, however, he maintained a positive outlook for the future.

In June 2018, speaking to The Age about his first season, Mayne said that while the struggles got to him, he maintained a positive outlook for his future with the Magpies: “It wasn’t ideal, what happened, but again, that’s footy and things can change pretty quickly and that’s what we have seen this year. I didn’t want to go away and sook about it. It was about getting better, to keep putting my hand up to play, wanting to keep being a part of it. And that’s all I ever wanted to do, I came here to be a part of something special I believe that we have the list to do it.”

A vegan of several years, Mayne regularly shares his love of plant-based food and rescued farm animals on his personal Instagram. Last June, he made a post promoting the documentary “Dominion,” stating: “Animal lover, dog lover or inspired by health. I encourage everyone to watch this powerful mind-blowing documentary!! Everything is filmed on Australian shores. If you can’t watch because of the cruelty don’t support the cause and buy it!”