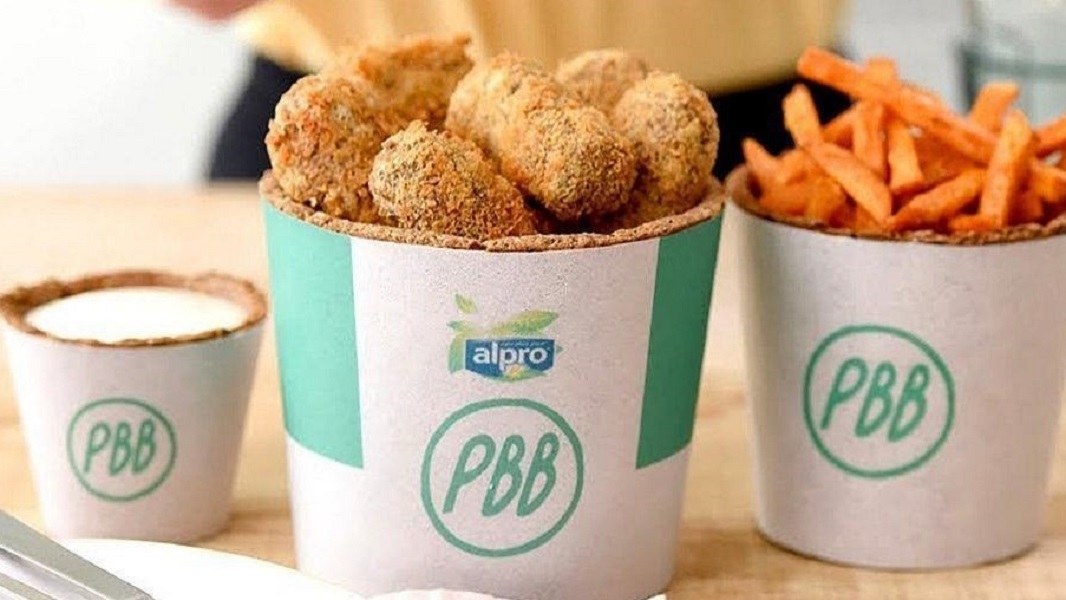 Vegan “fried chicken” served in an edible bucket are coming to London – and you won’t even need to leave the house to get your hands on one.

Starting tomorrow, plant-based food brand Alpro will offer crispy mushroom nuggets served with sweet potato fries and creamy garlic dip. The packaging, which is completely edible, is made from a combination of fennel, nigella, sesame, and pumpkin seeds. It’s said to have a crunchy, crispbread-like texture and moreish flavor.

The bucket, aptly named the Plant Based Bucket will be available on Deliveroo for customers in London and Manchester starting tomorrow, Metro reports. The special offer is in honor of Plant Power Day, a holiday created by Alpro to encourage people to eat more vegan food.

“We’re launching ‘PBB’ to show the nation what’s possible using the amazing power of plants,” said Stephanie Balsom-Eynon, head of Plant Power at Aplro.“We’ve used a tasty mix of mushrooms and Alpro Almond Unsweetened drink to make the ‘nuggets’, and the sweet potato fries are the perfect blend of fluffy and crispy.” 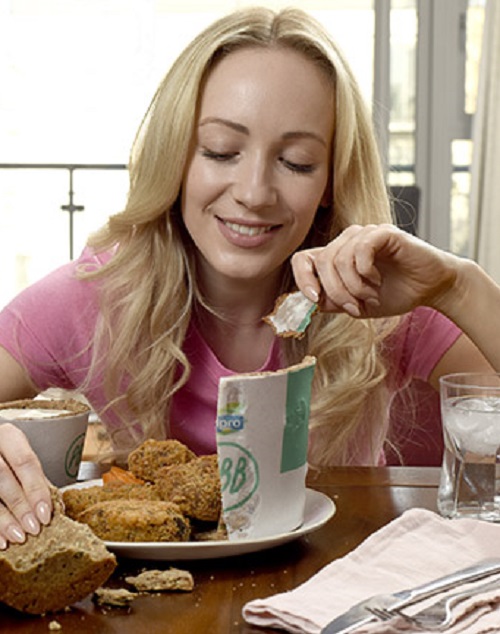 “We’ve always said that the future of food is plant-based, because this way of eating is good for people, and good for the planet – and now, thanks to Alpro, plant-based could be the future for takeaways too,” she continued.

Last year, the UK overtook Germany as the world’s leader in vegan food in supermarkets and restaurants. One in six new product launches were vegan while plant-based options in restaurants increased 237 percent.

“Hopefully, in launching PBB, we will inspire even the most carnivorous Deliveroo customers to give plant-based eating a try – on Plant Power Day, and beyond,” Balsom-Eynon added.

The Plant Power Buckets are available on Deliveroo for £5 starting tomorrow.