This message was inspired by people like Jordan, a Lush store employee and one of the millions of people all over the world who identify as transgender. Because of Jordan’s identity, his human rights are often taken away from him — whether that be the right to legal protection from being fired for his gender or the right to safely use a public restroom. “There are people who wish I didn’t exist,” says Jordan.

People like Jordan have a 78 percent chance of being harassed at school and are twice as likely to become homeless. Around 41 percent of Jordan’s trans peers will have attempted suicide. This is the reality in 2018. “This campaign comes at a time when the rights of those in the trans community in the United States are being attacked,” Carleen Pickard, Ethical Campaigns Specialist, Lush Cosmetics North America, told LIVEKINDLY via email. 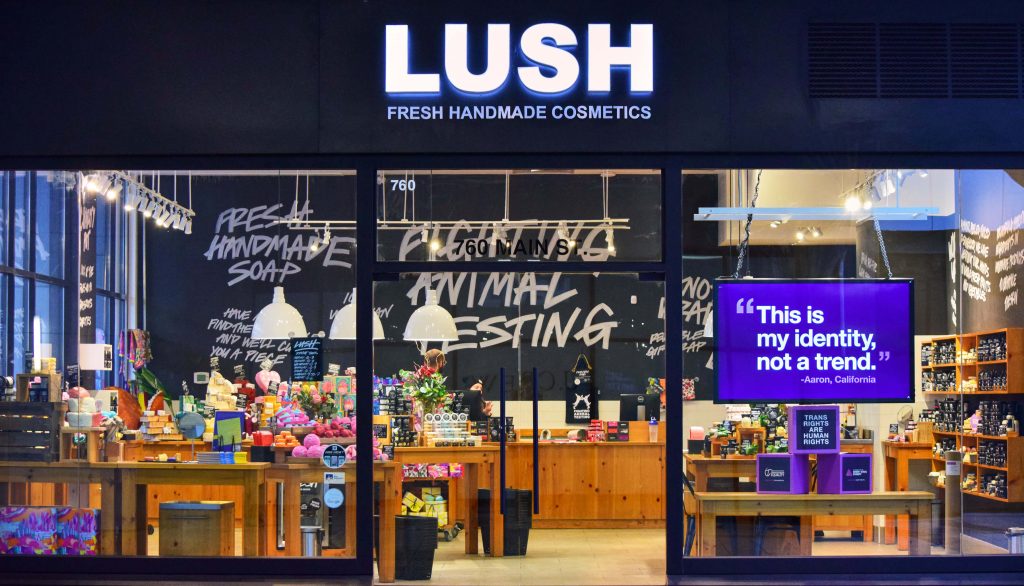 Rather than displaying products or posters in its storefront windows, select Lush retailers will be replacing them with the words of people like Jordan — the voices of people who need to be heard. This, along with the rest of this campaign, is a collaboration between Lush and the National Center for Transgender Equality and the Canadian Centre for Gender and Sexual Diversity. All are committed to bringing visibility and action to the inequalities and bigotries facing trans people every day — with trans people even being murdered for their identity.

Lush will be selling an exclusive bath melt, with 100 percent of the funds going toward organizations that support the trans community. It will also be sharing a guide on how to be a trans ally, which will be available in all participating locations, releasing a series of short films, and launching a custom #Trans RightsAreHumanRights profile picture filter for people to use on their social media profiles. The goal is to raise $450,000 for organizations to advance the fight for trans equity. 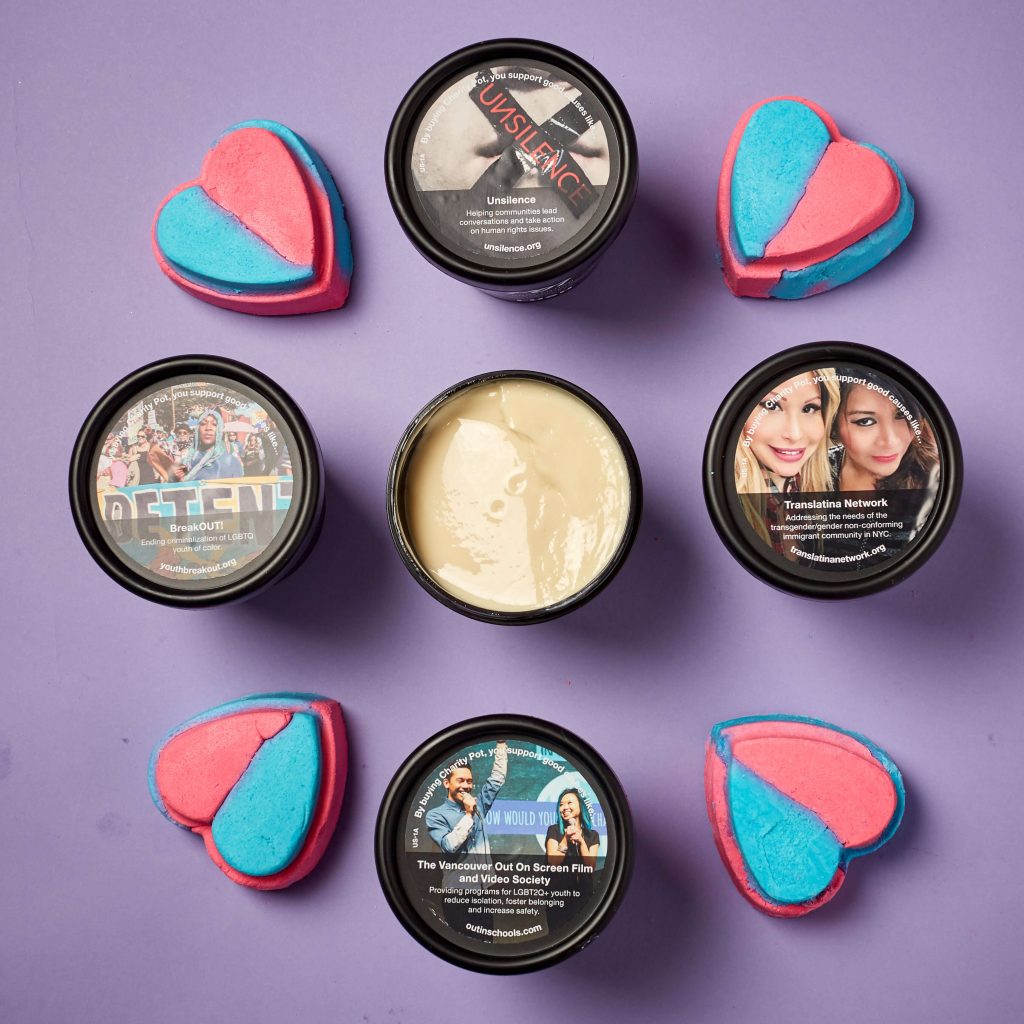 Pickard explained that Lush is more than just a cruelty-free, animal-loving brand, but also as a brand that stands for people across the identity spectrum. “As an inclusive employer which champions equality, we simply can’t stand by knowing our co-workers fear for their lives should they choose to live their true selves in public. Our campaign aims to shed light on these daily discriminations and provide impactful tips individuals can use to make all spaces safer.”

Since Lush opened its first doors 20 years ago in Vancouver, the company says it’s always stood for inclusivity. “We’ve used our storefronts, shops and websites to highlight humanitarian issues that impact our friends at home and abroad,” it said in a press release. “From welcoming refugees to North America to campaigning for marriage equality, we believe in standing up for what’s right, and taking action even when it would be easier to stay quiet and stick to selling soap.”