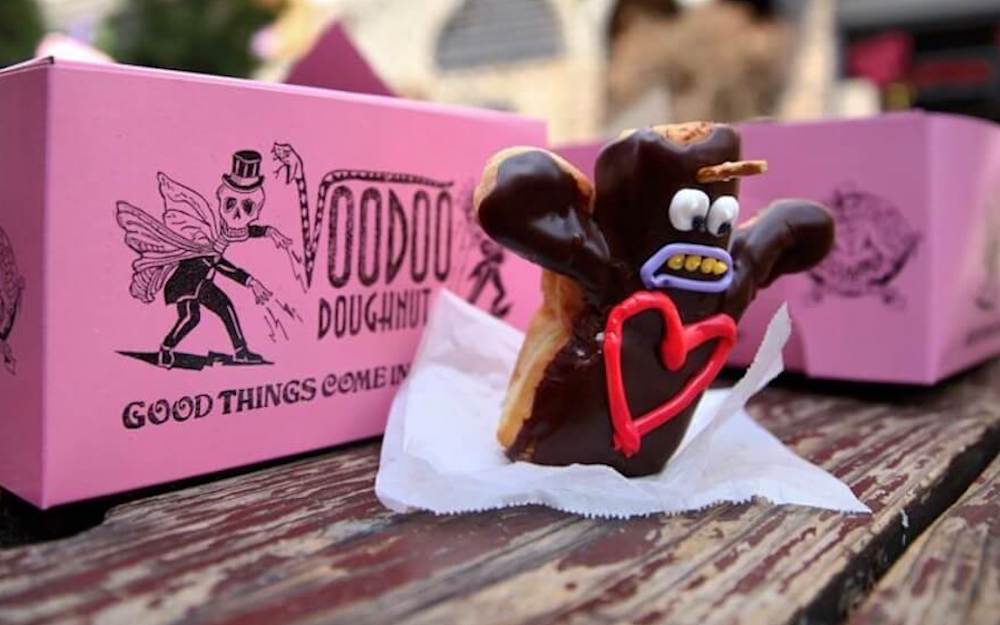 Voodoo Doughnut, a gourmet doughnut shop known for its playful creations and loyal fanbase, is expanding to the East Coast. The shop just opened its Orlando location at Universal CityWalk, which serves as the entertainment-packed entryway to Florida’s Universal Studios theme park.

Voodoo Doughnut first opened in Portland, Ore., in 2003, creating a cult-like following with its spellbinding sweet treats. The company developed over 100 flavors, including a wide array of vegan options, and eventually expanded their bright pink shops to Eugene, Ore., in 2010. Fueled by national demand for their unorthodox and slightly addictive doughnuts, the company expanded further, adding two additional locations in Portland and moving into Austin, Denver, and the Universal CityWalk in Hollywood.

This quirky bakery is well suited to the CityWalk atmosphere. This dining and shopping hub is loud, energetic, and indulgent; it is meant to stimulate the senses and provide constant entertainment. Walking into a Voodoo Doughnut shop, one experiences that same level of engagement. Customers are drawn to the smell wafting from the back kitchen (the doughnuts are made fresh daily), as well as the tantalizing display cases filled with colorful doughnut creations. An entire case is dedicated to the company’s vegan options, which twirl hypnotically in a rotating glass display.

We couldn’t be more proud to team up with Universal Studios once again for our first East Coast Voodoo at @universalorlando. Here’s a clip of the official opening with Voodoo co-founders Cat Daddy & Tres, and the very first appearance of the Baron! #voodoodoughnut #nowopen #universalstudios #orlando #openforbusiness #ribboncutting #voodoodoughnuts

The collection of vegan options includes both cake and raised varieties with an assortment of glazes, fillings, and generous sweet toppings. The School Daze “PB&J” is an elevated version of the classic jelly-filled doughnut. The raised round is stuffed with strawberry jelly, smothered with a peanut butter glaze, then topped with crushed peanuts. Other options include the Old Dirty Bastard (a yeasted doughnut with chocolate frosting, Oreos, and a peanut butter drizzle), Portland Cream (a Bavarian cream-stuffed doughnut glazed with chocolate), and the shop’s iconic Voodoo Doll (a raised doughnut in the shape of a voodoo doll filled with raspberry jelly and topped chocolate frosting, with a pretzel stick through its heart). Those less adventurous can also find plain cake, sprinkles, apple fritters, and glazed vegan options as well.

Although Voodoo Doughnut may have been one of the first to delve into the art of vegan doughnut making, the company is no longer alone in this pursuit. Established doughnut chains around the world have added dedicated vegan pastry cases for their vegan varieties, and completely vegan doughnut shops are also becoming more prominent. Doughnuts may be a tried and true staple, but with these new vegan options, doughnuts are certainly not old-fashioned.