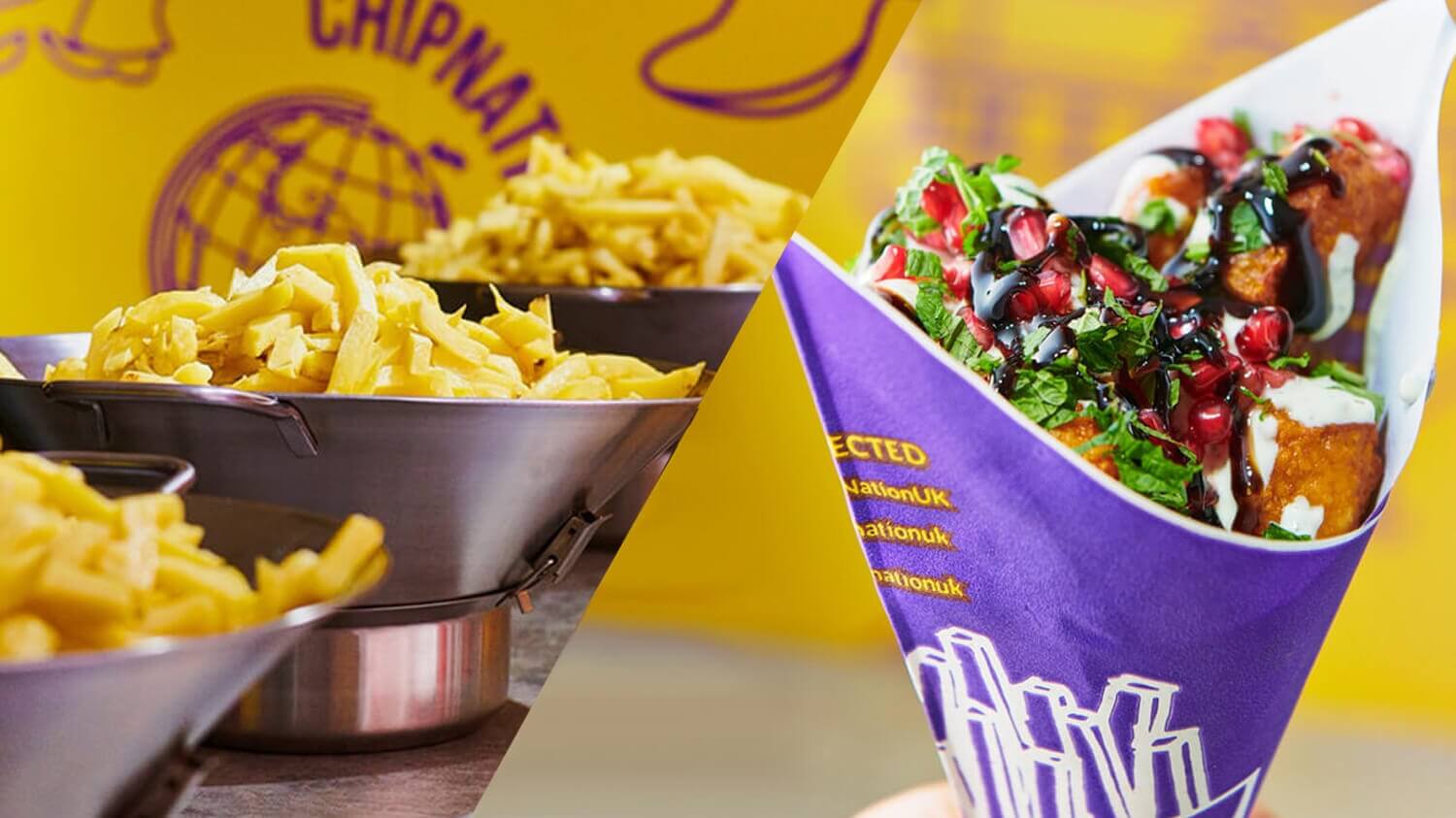 A new vegan-friendly, all-vegetarian gourmet chip shop called ChipNation is looking to take over the UK as it gets closer to the date of its London opening.

London will be the first ChipNation location, however, co-founders Neha and Vishal Madhu are already in legal talks to discuss the business’ UK-wide expansion, reports BigHospitality. The shop will specialize in serving hand-cut chips and a number of different vegetarian and vegan-friendly toppings, including dairy-free cheesy sauce and plant-based bacon bits. “ChipNation will celebrate one of the nation’s favourite things to eat; chips,” states the official Facebook page.

All chips, excluding the halloumi and sweet potato chips, are made from potatoes grown in clay soil, sourced directly from Dutch farmers, and delivered daily. Each chip is double hand fried to ensure a perfectly crisp exterior each time. Customers also have the choice of customizing their chips from over 10 globally-inspired seasonings, and 40 sauces, including options free from all animal ingredients.

Did somebody say FREE CHIPS??! #ChipChipHurray! To celebrate our launch we’ll be giving away a free chip cone with a choice of sauce. When: Friday 21st September between 12 – 2pm Where: Chip Nation, 40 Great Windmill Street One small cone per person. Offer valid only for potato chips with choice of one sauce: ketchup, mayo, tartar, hot buffalo wing, & Korean BBQ. Take-away only, drinks are not included. Subject to availability, first come, first served!

The Madhus have spent much of their lives in the confectionary industry, founding the company Innovative Bites nine years ago. However, the pair found that as they acquired new businesses, such as sweets wholesaler Hancocks, they began to lose touch with their family values. “We had a family ethos, and when we bought Hancocks it became a corporate game for us, and realized it wasn’t for us,” Vishal explained. The pair left the candy business last year in order to launch ChipNation.

“The dream of having a restaurant has always been there for both of us,” said Neha.“We used to travel Europe, and see Queen’s Chips in Amsterdam, and we thought we can do something like this but with a twist. We thought how can we take chips in a cone to another level?”

The first ChipNation is set to open in London on Great Windmill Street on Friday, September 21. Following the opening, the Madhus are looking to potentially expand the business to Lakeside, Watford, Derby, Luton, Milton Keynes, and Birmingham. The pair eventually hope to build a franchise model, depending on their success.