As demand for vegan pizza surges like never before, popular Canadian pizza chain Pizza Pizza is bringing its vegan-friendly options to British Columbia with a rapid series of new openings.

Pizza Pizza’s first B.C. location opened its doors in July at New Westminster’s Sixth Street, with six more locations expected to open later this year and into 2019. These will include two Vancouver spots, three in Surrey, and one store in Delta.

The major chain already boasts more than 750 locations and is Canada’s “number one destination for Hot and Fresh pizza.” It claims that its ever-growing menu and expanse of locations make it the ultimate choice for customers who “don’t want to sacrifice taste for quality and balanced food options.”

In 2017, Pizza Pizza began offering Violife vegan cheese, describing it as a “new dairy-free menu option that allows Canada’s growing vegan community to customize their pizzas with a cheese-like product that respects the vegan diet.”  Commenting on this, John Salley, four-time NBA champion, commended the brand for “providing consumers with options that are not only healthier, but also taste great.”

The company’s classic and whole grain pizza doughs are also free from animal products, as is its newly released cauliflower crust, which boasts two servings of vegetables in every 12-inch pizza crust.

Pat Finelli, the Chief Marketing Officer for Pizza Pizza, explained, “We’re on a mission to provide quality options that meet the different flavour and dietary preferences of our customers.” 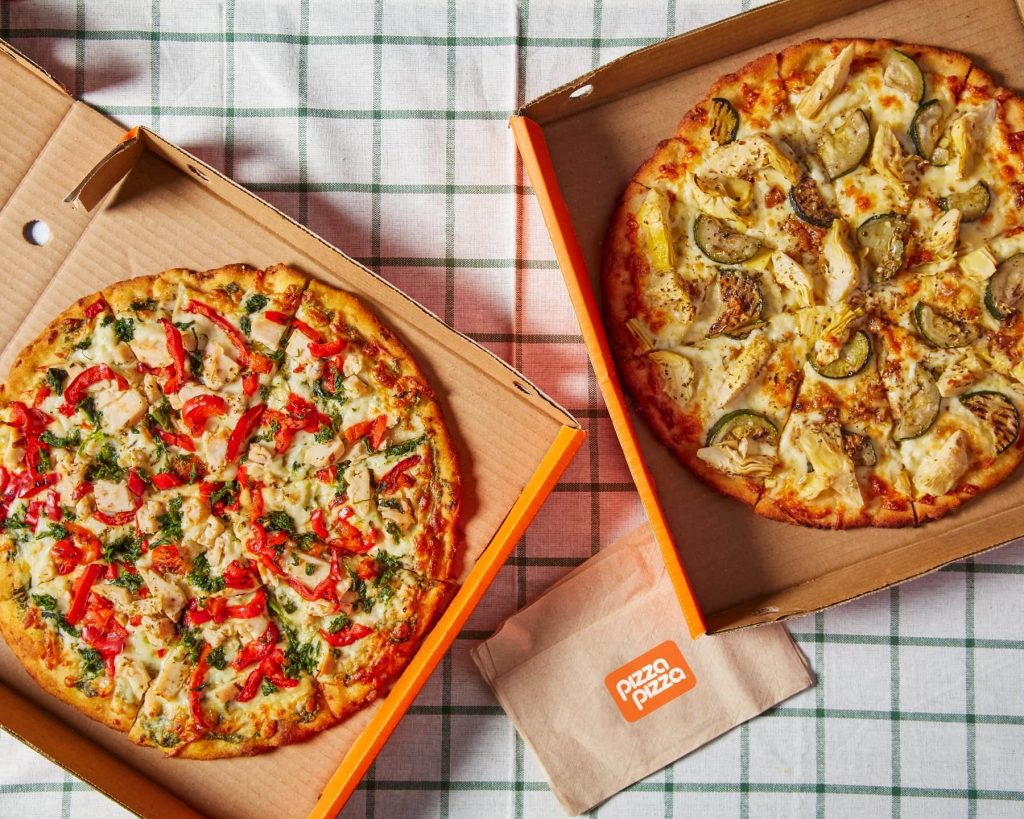 Pizza Pizza is not the only major chain bringing vegan options to the mainstream. After its success in New Zealand and Australia,  Domino’s is trialing a vegan cheese pizza in the UK. Domino’s has also added vegan cheese options in the Netherlands, as the country, like much of Europe, has rapidly embraced plant-based eating in recent months.

Elsewhere, the international pizza chain, Piola, which has restaurants across South America, Mexico, the US, Italy, and Turkey, has added Follow Your Heart vegan cheese to nearly all of its locations in the United States.