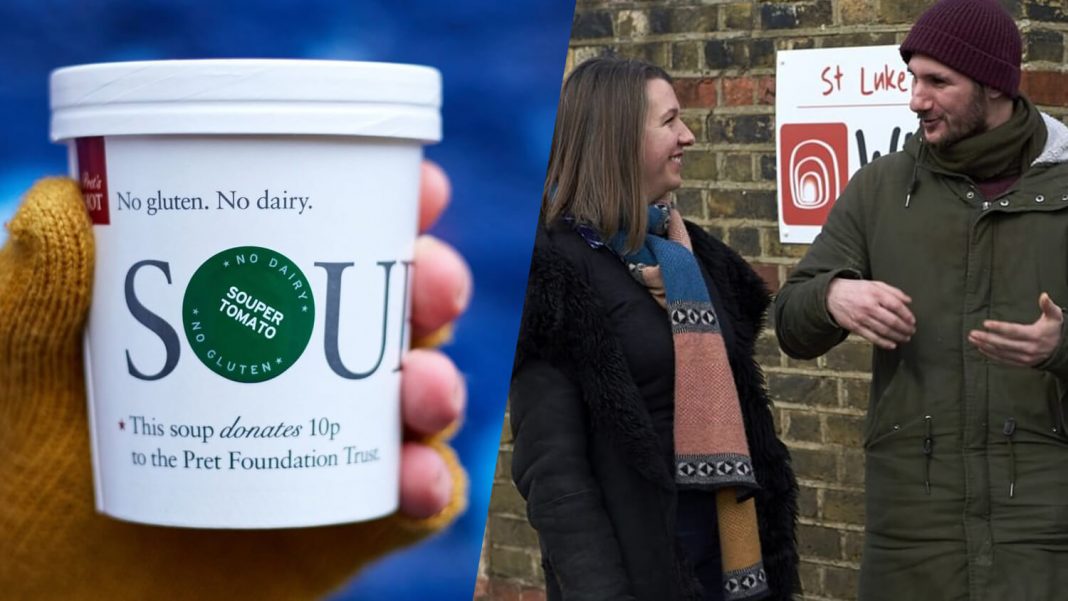 Vegan-friendly sandwich and coffee chain Pret a Manger is opening a house for people who are homeless, The Independent reports.

A record number of people in London are experiencing homelessness, The Guardian reported in October. Data found that 3,103 people were sleeping rough between July and September last year, marking the first time the figure has surpassed 3,000 in a three-month timeframe. Charities say the spike in numbers is due to a lack of affordable housing.

Pret House will give 13 people in London somewhere to live for six to 12 months. Each guest will have their own private room and receive assistance in finding and moving into a rental property.

Pret House was launched in partnership with West London Mission, a charity that supports rough sleepers and people who are marginalised. The companies hope the initiative will help at least 20 people get off the streets in 2019.

Those staying in the house will be offered jobs in nearby Pret stores as well as guidance on opening a bank account, saving for a deposit, and developing literacy and computer skills.

According to Clive Schlee, the CEO of Pret, the house has been in development for roughly five years. “Ever since Pret opened its first shop in London, helping the homeless has been part of our promise to our customers and the communities in which we operate,” he said to The Independent. Pret donates more than three millions items of food each year and also provides showers, sleeping bags, and funds to those in need.

Schlee continued, “We set up the Pret Foundation with the singular purpose of breaking the cycle of homelessness, and to do that, we believe that people need three things: food, employment and shelter.”

The Pret House at WLM St. Luke’s is the next step in supporting our Rising Stars and giving them a real chance to shine. Read more about our partnership with @west_london_mission – link in bio.

“The opening of the Pret House at WLM St Luke’s is the next evolution in our efforts to help the ex-homeless live their lives independently,” he added.

Minister for Housing and Homelessness, Heather Wheeler, said the hostel “is not just about putting a roof over their heads but also about ensuring they have the support they need to recover from life on the streets and get back on their feet.”

Wheeler continued, “This important scheme will provide vulnerable rough sleepers with the vital assistance they need to secure their own home and rebuild their lives, and I look forward to hearing about its successes over the coming months and years.”