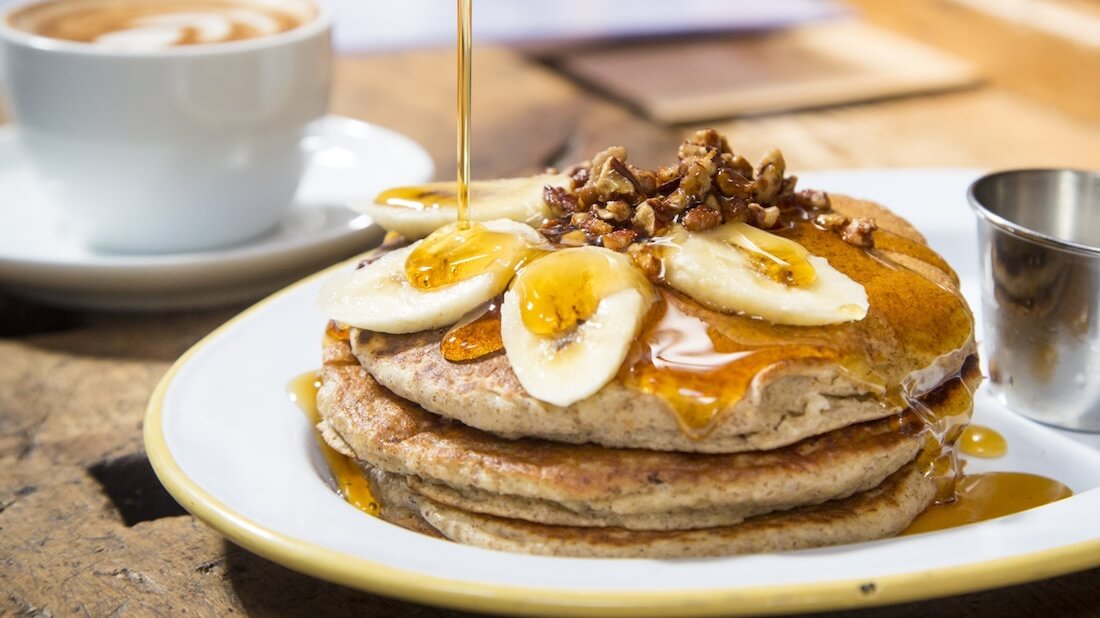 A new breakfast option called the “Carrot ‘Lox’ Bagel,” featuring a shmear of vegan cream cheese topped with Roma tomatoes, capers, dill, and thinly-sliced, marinated carrot with a texture unmistakably similar to the traditional brined salmon is exclusive to the Brooklyn menu. The Williamsburg outpost will also offer guests a “CBD your dish” option for every item on the menu, ranging from smoothies and baked goods to dinner. The restaurant has partnered with Colombian coffee company Devocion to offer CBD coffee options.

A post shared by The Butcher’s Daughter (@thebutchersdaughter_official) on Jul 17, 2018 at 7:42am PDT

The Williamsburg outpost of The Butcher’s Daughter is located in a bright, airy 1,900 square foot space featuring floor-to-ceiling glass windows, lush green plants, and chic, minimalist seating accented with patterned throw pillows, providing a space for diners to escape from the hustle and bustle of the city. The Butcher’s Daughter Brooklyn location is the largest NYC location of the vegetarian restaurant to date. The Butcher’s Daughter founder Heather Tierny worked with VP of design and branding Marnie Gelhard for nearly half a year to source vintage bohemian decor to bring the new location to life.

According to the website, Tierny came up with The Butcher’s Daughter concept after developing exotic cocktails for Apothéke, her Chinatown, NYC cocktail bar that features specialty drinks made using local, organic produce. She opened the first The Butcher’s Daughter restaurant in Manhattan’s Nolita neighborhood, followed by a second NYC location in West Village. Shortly after, Tierny opened a location in Venice, Calif. A food truck is also available for booking in Los Angeles.

The Williamsburg outpost of The Butcher’s Daughter is now open for breakfast, lunch, dinner, and weekend brunch.