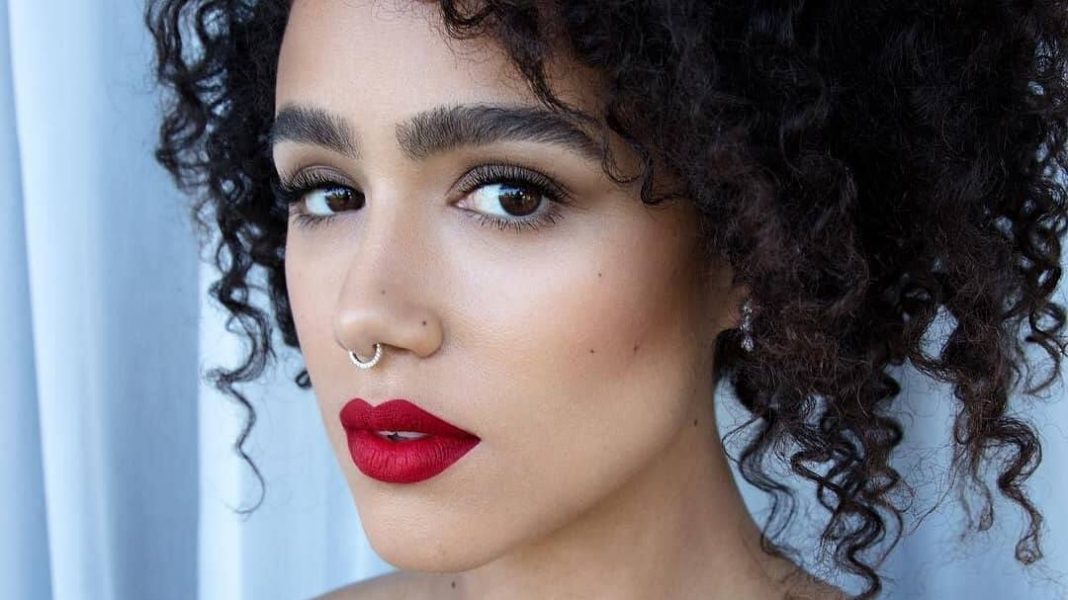 Vegan actor Nathalie Emmanuel – known for her role as Missandei on popular HBO series “Game of Thrones” – has spoken out against the mistreatment of elephants.

During a trip to the south of Thailand, Emmanuel visited Phuket Elephant Sanctuary. Writing about the experience on her Instagram account, the British actor noted that the sanctuary is certified as ethical, with tourists only allowed to observe the free-roaming animals from afar and feed them from a safe distance.

However, this is not typical of many “sanctuaries” in Thailand and other countries across Asia, which allow tourists to get up close and personal with the elephants, use bullhooks to control them, and offer elephants rides.

The Phuket sanctuary is not only bullhook free, but it also encourages compassion to all animals,  providing its visitors with predominantly vegan meals, according to Emmanuel. “Because here they ‘eat what elephants eat,'” she explained.

She continued, “My experience was that this was not typical in Thai culture. So thank you for your important work and showing the world what kindness for all beings looks like.” She urged tourists in Thailand to consider the welfare of animals when traveling in the country, adding hashtags such as “#NOtoelephantriding” and “#Stopanimalabuse” to her post.

Big shout out and appreciation post for @phuketelephantsanctuary who, for the last 2 years, have been giving a safe home, medical care and rehabilitation to older abused and neglected female elephants… usually from the tourism industry…. Why just females you ask? Well, the males are still valuable even into old age because of the fact they have tusks which can be sold after they die… females on the other hand are worthless once they can no longer give birth, are too old to carry tourists on their backs or prance around in shows… This sanctuary is certified as ethical as you observe the elephants from a distance in their grounds where the elephants roam free. You then can feed them from a safe distance too. Which was pretty magical. And if this place isn’t amazing enough, they provide a meal afterwards that is vegan (other than a dish or two containing egg) because here they “eat what elephants eat”… and my experience was that this was not typical in Thai culture. So thank you for your important work and showing the world what kindness for all beings looks like. #phuketelephantsanctuary #eatwhatelephants #lovedeverysecond #ireallywouldhavestayedthereallday #enjoyyourlivesnowgirls #NOtoelephantriding #Notobullhooks #stopanimalabuse #veganaintthathardyall #phuket #thailand ??‍?❤️? #myheartwasfull

The Truth About Elephant Rides

Emmanuel isn’t the first celeb to speak out about the welfare of elephants in Asia. Last year, former “Harry Potter” star Evanna Lynch traveled to India with The Sun newspaper. The actor aimed to raise awareness about the treatment of elephants who are used for tourist rides in the country.

Lynch witnessed elephants who were thirsty and forced to stand in the heat. They were beaten, starved, and caged, and sometimes had gaping wounds.

According to animal rights organization PETA (People for the Ethical Treatment of Animals), elephants are also separated from their families when first captured, and then beaten “until their spirits are broken.” After these events, the animals often suffer from post-traumatic stress disorder.

“When people who have ridden elephants in the past or visited these places see this article, I don’t want them to feel guilty,” Lynch stressed in her article with The Sun. “They were misled by the irresponsible tourist industry. What we need to do is to put that guilt into action and not visit these places in future.”