Donuts! The pizza of the dessert-world! A doughy base with a never ending variety of toppings. Unlike pizza though, donuts are not impossible but certainly not the easiest item to come across veganized.

So why not simply make your own? It’s simpler than you may think and gives you the freedom to create one-of-a-kind flavours you’d never find in Krispy Kreme. 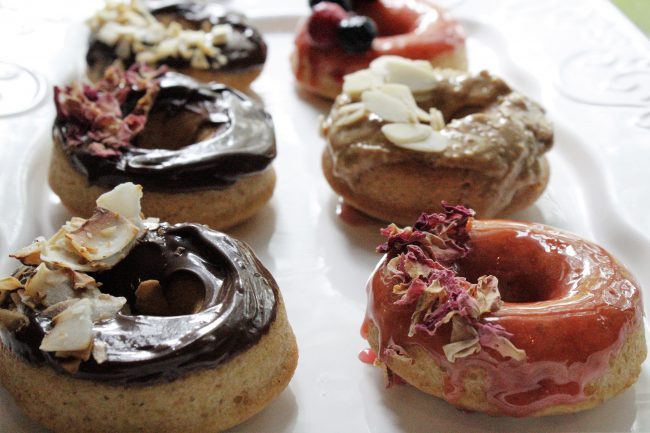 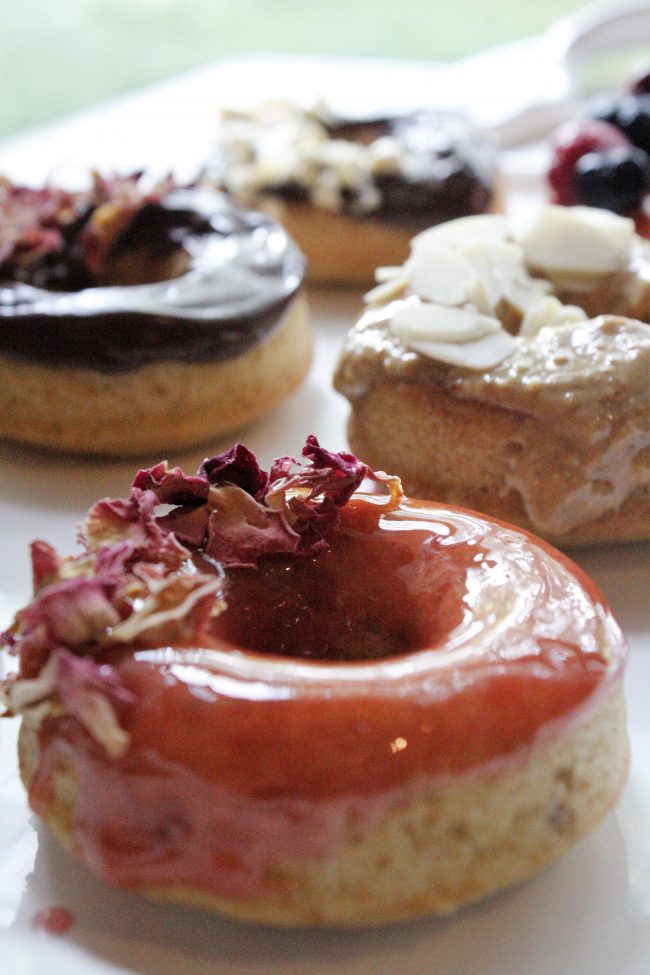 – Preheat oven to 425F.
– Grease your donut pans with vegan butter.
– In a large mixing bowl, sift together the flour, sugar, baking powder, nutmeg and cinnamon and salt.
– In another mixing bowl, combine the cashew milk and the vinegar and whisk together until the mixture becomes frothy. The milk mixture will begin to curdle, and taste a bit like butter milk.
– Next in a small glass, mix the egg replacer and water until well combined. The egg replacer mixture will become thick, and gooey. Next combine the milk mixture, egg replacer mixture, melted vegan butter and the vanilla paste. Mix well, and then add the dry ingredients to the wet mix. Do not over mix, but mix until well combined.
– Add the mixture to a pastry bag, and pipe the donut mixture into your donut pan. Fill the donut rings to only 2/3 of the way.
– Place the donut pan on the center of the oven rack, and cook for approximately 8 to 10 minutes. The donuts should be a little golden, and spring back from the touch of your finger.
– Let the donuts sit in the pan for about 5 to 7 minutes before removing them.
– Glaze, or frost with your favorite icings and toppings.

5 Vegan Latinx Recipes From Around the World

6 Recipes for the Mid-Autumn Festival, Made Vegan