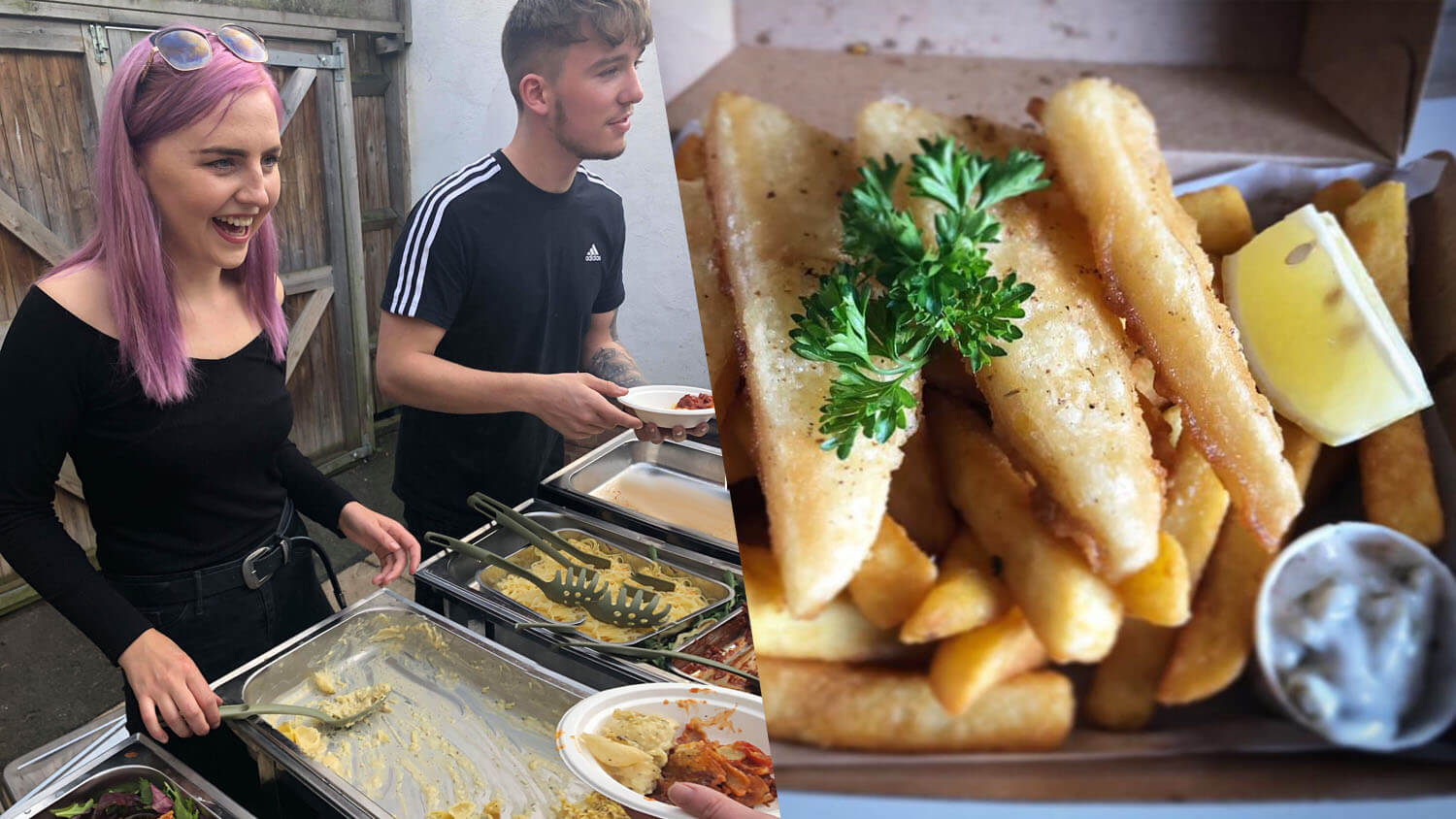 A new vegan takeaway service is open for business in the Buckinghamshire village of Padbury. Called Vego Foods, the takeaway specializes in serving plant-based and 100 percent gluten-free fast-food.

Local news source The Bucks Herald reports that the business is the brainchild of 22-year-old Chelsea Taylor. She was inspired to launch Vego Foods while attending university in Brighton.

“There was a vegan food service in Brighton which was very successful,” Taylor said. “My university course helped me to understand the ethical side so I set up Vego with the mission to make ethical, nutritional and tasty food that is accessible to all. When I returned to Buckingham I saw there was a gap in the market and decided to set one up here.”

#VEGOsSundaySpecial This Sunday we are delivering this epic roast dinner straight to your doors! (Available 1pm-6pm) So, what’s included? Mains – choose from: ? Stuffed Red Pepper with smokey quinoa. ? Portobello mushroom topped with a mixed nuts, garlic & cranberry stuffing. Roast Potatoes – choose from: ? Garlic & Rosemary ? Marmite (most popular!) Served with a selection of our finest sides & veg including: ? Creamy Cauliflower Cheese ? Roast Parsnips ? Stuffing Balls ? Carrots, Broccoli & Kale With our finest homemade gravy on the side! As usual everything is 100% vegan and gluten free! All of this, delivered for only £10! #vegan #glutenfree #glutenfreevegan #vego #harmless #guiltfreetakeaway #sundayroast #fresh

The event was a hit with the local crowd. “We were astonished and amazed at the turn out, it was far bigger than we ever expected. However, due to the incredible support, we completely sold out of our dishes and packaging before 3pm,” said Taylor.

Taylor does all of the cooking for Vego Foods herself and she has a help from “a couple of guys” who take on delivery. On top of serving environmentally friendly dishes, the young entrepreneur ensures that even the packaging is kind to the planet: “Our dishes are not only made from the earth but returned to the earth because our packaging is 100% compostable.”

Taylor is not alone in starting up her own vegan takeway business in the UK. In Newcastle upon Tyne, Junk It Up offers plant-based versions of comfort foods like fried chicken and kebabs for takeaway.