Want to live like the “Golden Girls” of Miami? Now you can. Sort of.

You can eat hot sauce that’s Golden Girls-themed, so you can pile it on your vegan hot dog or burger (or cheesecake?) and close your eyes and pretend you’re in the hit ’80s sitcom, at least.

Golden Girls first aired more than 30 years ago, but it remains a firm favorite among those who viewed it firsthand and Millennials alike. Thanks to Always Fits, fans of all ages can celebrate their love for the Golden Globe-winning show — which centered around four women, Blanche, Rose, Dorothy, and Sophia, who lived together in Florida’s Magic City — by indulging in some spicy hot sauce.

Desert Rose and Bea Spicy are jalapeño hot sauces, according to the brand, made with carrot puree, garlic, and spices. Sicilian Fire and Hot Slut are both habanero hot sauces. 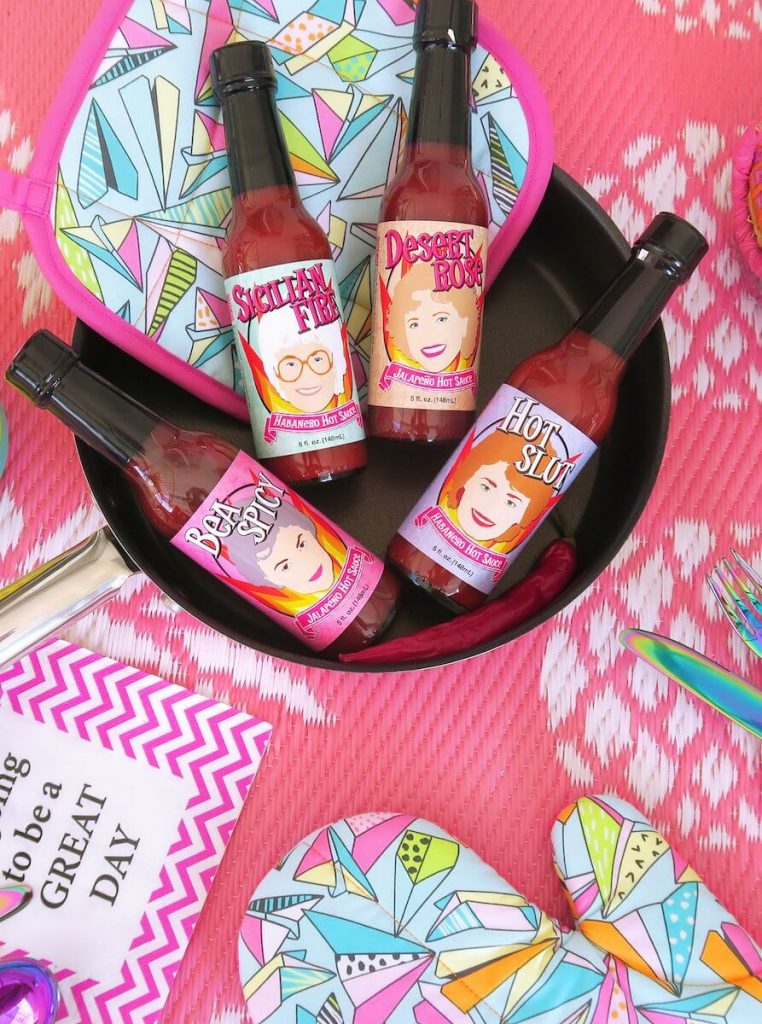 “No doubt: you’ve been a great friend. Thank you for being a friend,” writes Always Fits on its website. “If you’d like to step your game up a bit, though, and be a bad-ass, fire-breathing, hot sauce-swigging friend: well, we’ve got you covered with our Golden Girls Hot Sauce.”

It continues, “take your favorite Miami ladies out to the lanai for cheesecake: hot mother [f*cking] cheesecake.”

The quartet of spicy sauces already has rave reviews. One customer wrote, “as soon as I saw this set I had to get it! I am Golden Girls fanatic! This was too cool not to add to my collection.”

Another added, “my friends and I have a running joke about retiring as the Golden Girls and often debate which character we each represent. This package was a huge hit to each of them as a birthday gift. Hilarious and tasty!”

You can buy both the hot sauces and the sweet dispenser from Always Fits now.