In 2015, Guinness announced it was ditching isinglass (aka fish bladder) from its brewing process. In 2017, it revealed that the process was complete, and all of its beers, served on tap, in a can, or in a bottle, were vegan. Now, the brand is taking further steps toward sustainability and going plastic-free.

According to the BBC, Diageo — drinks giant and the maker of Guinness products — is removing plastic from its multipacks of the famous Irish stout.

The £16 million initiative will also see plastic rings and wrap removed from Harp, Rockshore, and Smithwick beers. In its place, Diageo will use recycled and biodegradable cardboard.

According to the company, under five percent of its packaging contains plastic. The new changes — which will be first introduced in Diageo’s Belfast packaging plant — will see plastic waste reduced by 400 tonnes. 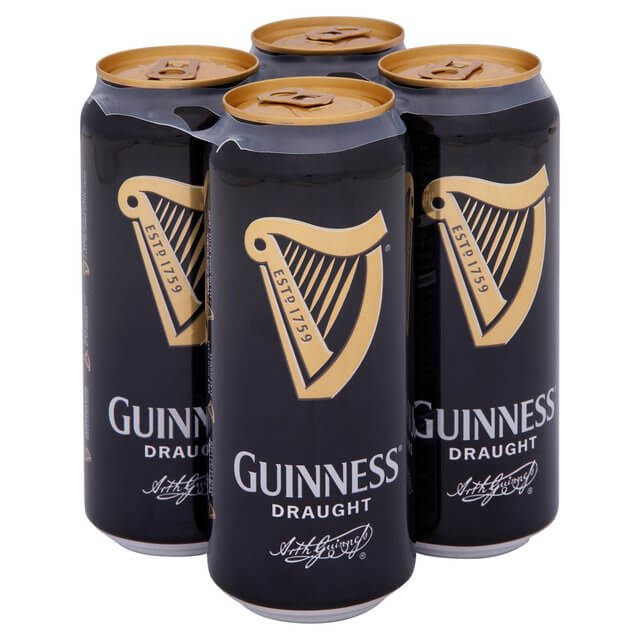 “Managing our environmental impact is important for the planet and the financial sustainability of our business,” Diageo Ireland’s country director Oliver Loomes told the BBC. He added that the drinks giant is “now leading the way in sustainable packaging,” which is both “good news for the environment and for our brand.”

Plastic pollution is high up on the agenda for many businesses based in the UK and Ireland. Earlier this year, Iceland revealed its goal of being the first plastic-free supermarket chain in the world by 2023.

Instead of single-use plastic, compostable punnets, plant-based elastic bands, and paper bags will be used to package fruit and veg products.

“We all have a part to play in tackling the issue and Iceland is constantly looking for ways to reduce its own plastic footprint, as we work towards our commitment,” said Richard Walker, the managing director of Iceland in a statement in February.

The UK government is also taking the issue of plastic pollution seriously. Last year, it pledged £61.4 million towards solving the problem.

“[Marine plastic pollution is] one of the most significant environmental challenges facing the world today,” Theresa May, the UK’s Prime Minister, said in April 2018. “It is vital that we tackle the issue, so that future generations can enjoy a natural environment that is healthier than we currently find it.”