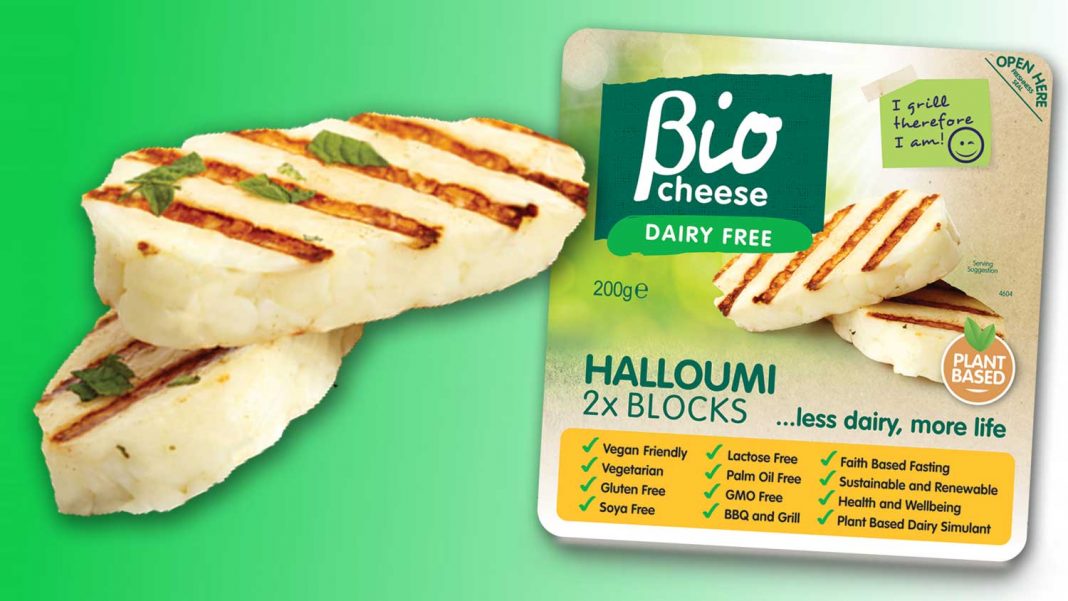 The grillable dairy-free cheese is made in Greece by Melbourne-based brand MyLife. “Yet another great tasting Mediterranean experience. We bring to you Bio Cheese Halloumi – the perfect soft, mild and authentic-tasting, semi-hard dairy cheese alternative,” states the website.

Made with coconut oil, MyLife’s vegan halloumi has a higher melting point compared to other vegan cheese varieties, so it can be grilled like the traditional Mediterranean cheese or be enjoyed raw. The company also makes dairy-free feta, cheddar slices, and cheddar cheese crackers, which launched in Woolworths last September.

Australia is the third fastest-growing vegan market in the world, according to January 2018 data from Euromonitor International. “An increasing number of companies are expanding their consumer appeal by staying away from animal ingredients whenever possible,” said Ewa Hudson, head of health and wellness for the marketing firm.

Woolworths and Coles, the nation’s top supermarkets, are leading the way on the vegan grocery front. Both stores plan to launch more vegan products this year in response to increased consumer interest in plant-based food, with the former seeing a double-digit increase in demand last year.

“This is not to say that customers are becoming strictly vegan or vegetarian, but they are more conscious of adding more vegetables and plant-based foods into their diet as an additional source of nutrients when they can,” said Woolworths senior nutritionist, Natalie Chong.

The demand has led to Woolworths stocking several foreign brands including the Scottish vegan cheese “Sheese,” and American brands like Tofurky, Follow Your Heart, and Halo Top.

Mainstream restaurants and brands are taking the lead. Hungry Jack’s, an Australian fast food franchise of Burger King, launched a vegan cheeseburger nationwide following a successful trial period. Last January, Domino’s Australia added a fourth vegan pizza to the menu due to the success of its other options.

Australia-born vegan fast food chain Lord of the Fries has also seen major success. The restaurant now has several locations throughout Australia and New Zealand and plans to expand into the UK and India.

MyLife vegan halloumi can be found at Woolworth stores across the country.