You can now get vegan Halloumi cheese at Tesco.

The dairy-free cheese is part of the supermarket chain’s own-brand, allergen-friendly range, Free From. The coconut oil-based Halloumi-style cheese is also wheat-free and gluten-free, and a good source of calcium.

Tesco launched its first range of Free From foods back in 2003. It was originally created for people with allergies and intolerances. The award-winning range includes food items that are free of top allergens, such as wheat or dairy.

“As more consumers choose the range for lifestyle reasons, remaining focused on our core, medically-diagnosed customers is critical. These customers make up the bulk of our Free From sales,” Nicki Clowes, Tesco’s Free From brand manager, said in a statement.

In addition to its line of vegan cheeses, the Free From line carries a number of other plant-based foods, including dairy-free milk and soy-based yogurt. 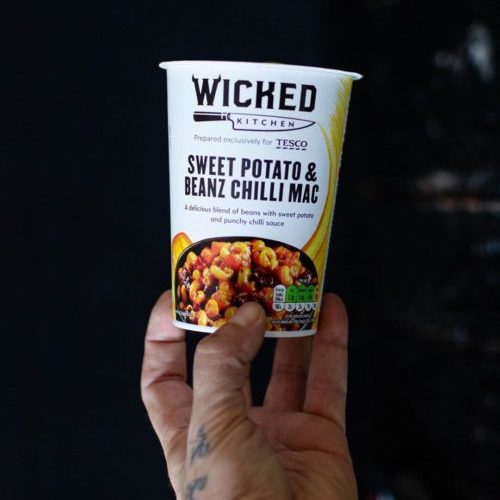 The Wicked Healthy range now carries a meatless pulled pork. It’s made from King Oyster mushrooms and is available in three flavors: Shawarma, Mexican, and Korean. The chain also added meatless brats and vegan BBQ ribs to the range.

People in the UK are changing their eating habits. A study by market research firm Mintel found approximately 20 million Brits—nearly 40 percent of the population’s meat consumers—say they’re limiting their meat intake. In lieu of eating a meat-heavy diet, they’re opting to consume more plant-based foods as part of a flexitarian diet.