Halo Top Creamery, an American low-calorie ice cream brand with a cult-like following, is launching four of its non-dairy flavors in Canada. For Canadians who avoid dairy or follow a vegan diet, this will be their first opportunity to try Halo Top products.

The company was founded in 2011, but its products were not available in Canada until early 2018 when 12 of its most popular dairy-based flavors were introduced to the Canadian market. However, shortly after this launch, customers began to ask for the non-dairy options as well.

President and COO, Doug Bouton, said in a press release, “The response to Halo Top’s launch in Canada has been incredible…After launching, our non-dairy pints became our No. 1 requested item from Canadians. So, we listened and responded as quickly as possible, just in time for Canadians to enjoy for the rest of the summer!” 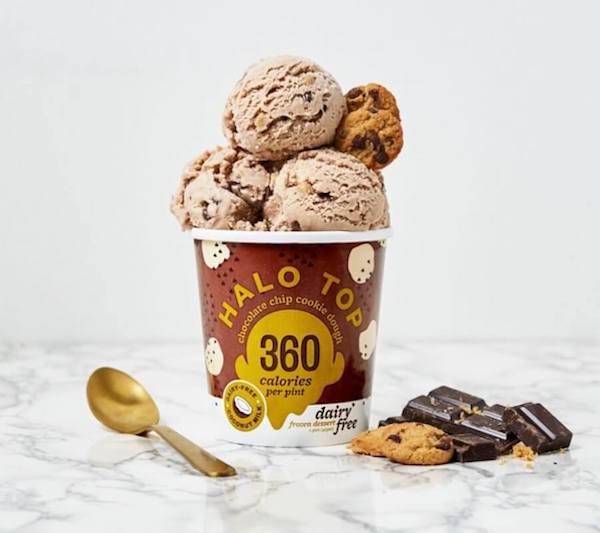 Halo Top currently makes 14 non-dairy flavors, but the four now available in Canada include Peanut Butter Swirl, Toasted Coconut, Birthday Cake, and Chocolate. All are coconut milk-based and contain between 280 – 360 calories per pint.

The new flavors have launched in alignment with National Ice Cream Day on July 15 and are currently available at select Sobeys and Loblaw locations, as well as Metro Ontario.

In the US, Halo Top continues to churn out new non-dairy flavors and unique concepts. Following in the footsteps of many national market-based brands, the company recently opened two scoop shops in Los Angeles. Along with select non-dairy flavors and dozens of vegan-friendly toppings, the newest store also serves low-calorie vegan soft-serve, which is exclusive to Halo Top stores.

According to the company, Halo Top was the first to create a low-calorie vegan-friendly ice cream; however, the trend has seeped into the production lines of other companies, and both vegan and dairy-based brands are capitalizing on the low-calorie craze. So Delicious, an established vegan dairy product alternative company with its own extensive range of ice creams, just announced its plan to enter the low-calorie market. The brand will soon launch seven new flavors of dairy-free ice cream, all 330 calories or less per pint.