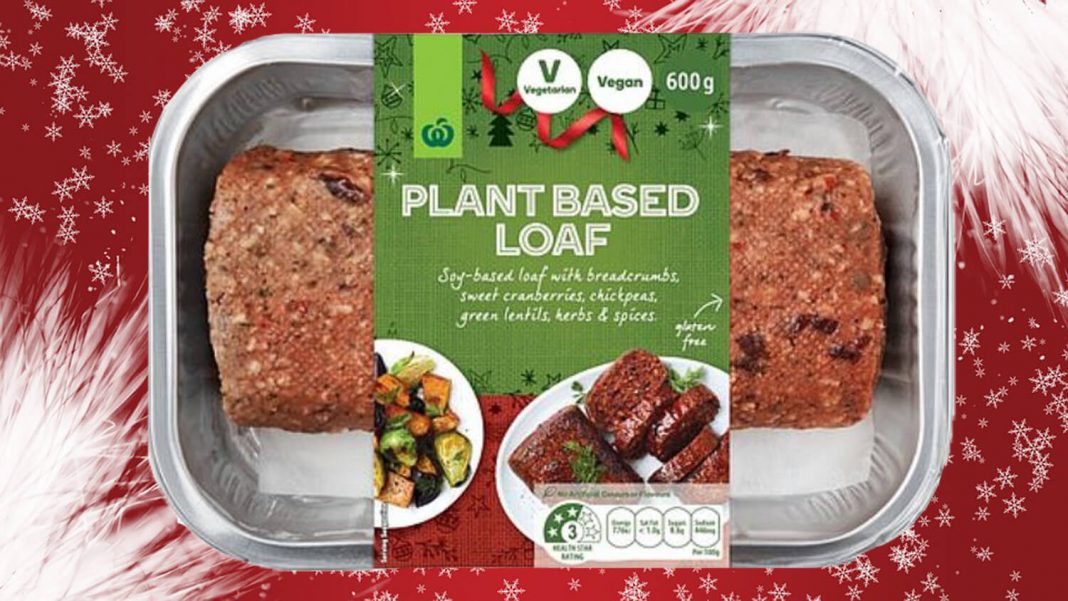 According to the chain, roast ham is one of the most popular festive meals in Australia, but as more and more consumers learn about the environmental, health, and ethical consequences of animal agriculture, the number of people choosing meat-free meals at Christmas is growing.

Woolworths said that its own research revealed that one of the most common challenges for families at this time of year is catering for people with dietary requirements such as vegans, vegetarians, or people looking to reduce their meat intake for other reasons.

To give its customers a helping hand, Woolworths launched its own-brand ham-style Plant Based Loaf, made from soy, breadcrumbs, cranberries, chickpeas, green lentils, and herbs and spices.

“There is no reason why anyone should miss out at the Christmas table,” said Woolworths’ Director of Fresh, Paul Harker, in a statement. “We are very excited to be able to offer our vegan and vegetarian customers the all-new Woolworths Plant Based Loaf.”

The new vegan roast joins a number of other plant-based options that have landed on Woolworths’ shelves over the past year.

In September, MyLife vegan cheese was spotted in stores and in June, Woolworths launched its first plant-based mince, which it placed in the meat section. American vegan brand Beyond Meat has championed this tactic with its meaty plant-based “bleeding” burgers. According to the company, selling plant-based meat alongside animal-derived meat encourages non-vegan consumers to give it a try.

Woolworths has introduced dozens of vegan-friendly products over the past 12 months, according to Harker. Sheese, Tofurky, and Follow Your Heart are just some of the other popular plant-based brands Woolworths has partnered with this year. “In 2019, we’ll continue to look at providing more affordable, convenient, and high-quality products in the range to help meet growing customer demand,” Harker added.

Across Australia, supermarkets are acknowledging a change in consumer habits and are releasing more vegan options in response. In July, Coles – another Australian supermarket chain – announced it was opening 120 vegan and health-focused stores.

Woolworths’ Plant Based Loaf is available for $8.