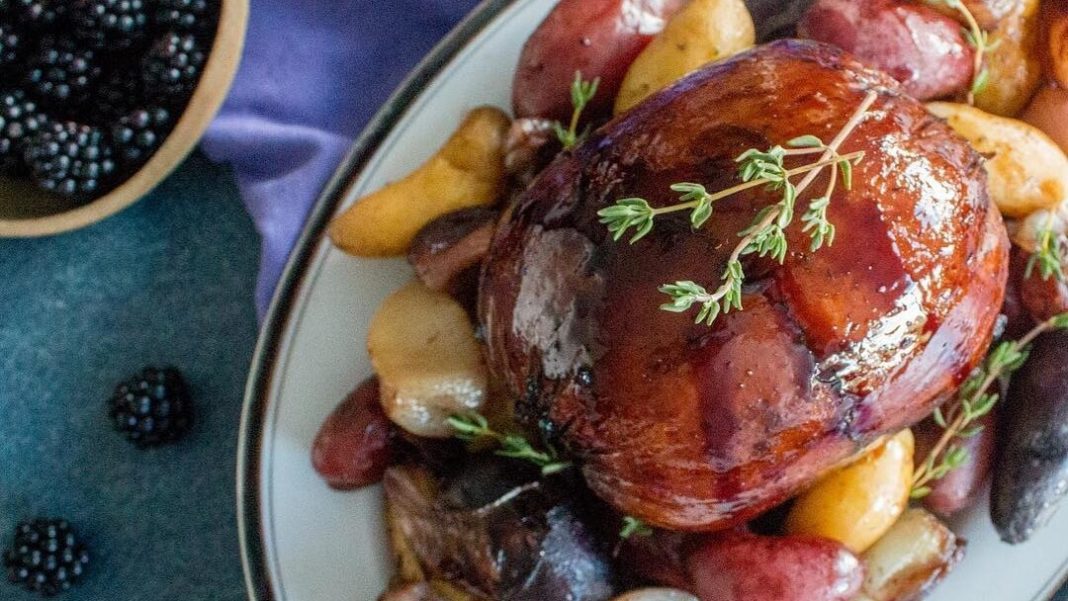 The number of people in New Zealand searching online for vegan Christmas dinner recipes on Google, particularly in November and December, has doubled since 2004, RNZ highlights.

But it’s not just vegans interested in plant-based foods. According to Neil Thomas, owner of Auckland grocery store Naturally Organic that sells dairy-free advent calendars and egg-free fruit cake, the demand for vegan foods is coming from all kinds of consumers.

We always kiss and tell – A rich layer of golden onions & cherries, this sweet thing will make your heart sing! ❤️(recipe in bio)

Speaking to RNZ, Thomas said he sells several vegan Celebration Roasts every day as well as “hundreds and hundreds” of cans of jackfruit, commonly used as an alternative to pulled pork.

And Krista Neve, spokesperson from Save Animals From Exploitation (SAFE), a New Zealand animal rights group, told RNZ that being vegan is “easier than you think” since many products found in supermarkets are “accidentally vegan,” like crackers, chocolates, and dips. And as consumer interest grows, more brands – vegan and otherwise – are launching products to keep up with demand, making plant-based food more accessible than ever before.

Interest in veganism is not exclusive to New Zealand; people from around the globe are opting for plant-based Christmas feasts this year. In the UK, more than 520,000 Christmas dinners will meat-free this December.

It’s possible many of these dinners will involve Tofurky, the popular plant-based roast that’s quickly popping up on dinner tables around the world. Launched in 1980, the company has sold roughly five million vegan roasts.