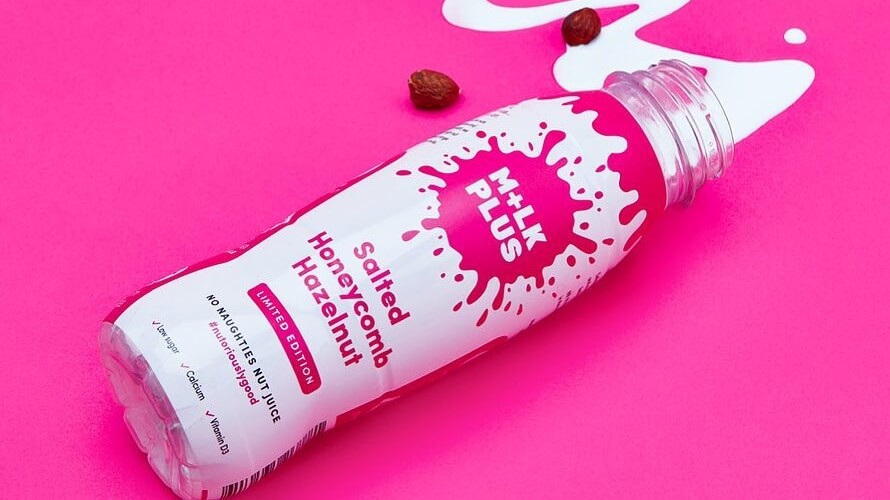 Camilla Ainsworth, a finalist of “The Apprentice” 2018, has launched her vegan Salted Honeycomb Hazelnut milk in Holland & Barrett stores across the UK.

Twenty-two-year-old Ainsworth impressed Holland & Barrett managing director Steve Carson during the final episode of “The Apprentice,” leading to the partnership.

“M+LKPLUS was originally created to [fulfill] a personal need when I was diagnosed as dairy intolerant and was wholly uninspired by the unnatural alternative ‘m+lks’ on the market,” said Ainsworth.“It wasn’t long before I had the idea to create a super playful ‘grab and go’ nut m+lk to cater for busy millennial lives, in a variety of different nut choices and flavours.”

Last June, Holland & Barrett announced that it is actively seeking new vegan options to add to stores, prompted by the rising demand for plant-based food in the UK. According to recent data, 52 percent of British shoppers are interested in following a vegan, vegetarian, or flexitarian diet for reasons related to health, sustainability, or animal welfare.

“M+LKPLUS is not only a truly great tasting vegan ‘m+lk’ but the brand Camilla has created is so strong that I immediately knew I wanted to be the first retailer to stock it,” added Carson. “The nature of the product is synergistic with the trends of today’s society as health becomes less of a trend and more of an expectation. Similarly, the dairy-free juggernaut shows no signs of slowing down, as ethics play more of a role than ever in consumer food and more people are turning vegan.”