The hotel stays true to the Myconian culture. The word “Koukoumi” means “sheltered from the wind, a cozy place for snuggling” in the Myconian dialect. The hotel suites themselves feature boho-chic elements in line with the traditional Myconian architecture.

From its Coco-Mat vegan mattresses to its relaxing spa stocked with only vegan beauty products—Koukoumi Hotel exhibits an overall ethos of being good to the planet and its inhabitants. The hotel says vegans “will feel at home here.”

“We can enjoy life without harming animals, the environment, or ourselves. [E]veryone can try out an alternative and peaceful way of being, satisfying at the same time all their senses,” the hotel’s website reads. 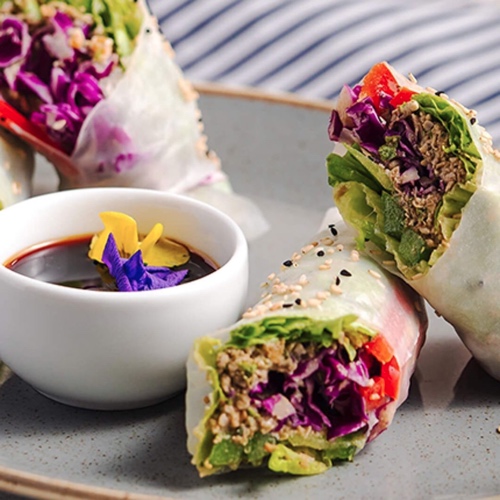 The first fully vegan hotel is coming to Greece this summer. | Koukoumi Hotel

The Koukoumi Hotel features Mediterranean-inspired, all-vegan dishes prepared by chef Angeliki Charami. The menu boasts a number of raw vegan meals, many of which feature ingredients sourced from the hotel’s fruit and vegetable garden.

“A vegan diet is natural, cruelty-free, and complete. It is a sensible choice for a healthy lifestyle. Fruit, vegetables, legumes, grains, seeds, and nuts presented in balanced combinations contain all the necessary nutritious elements that cater for the needs of every person from every culture or religion,” the hotel’s website notes.

It adds: “Our exclusively vegan restaurant with our delicious recipes will challenge you to reconsider everything you believed about food before!” 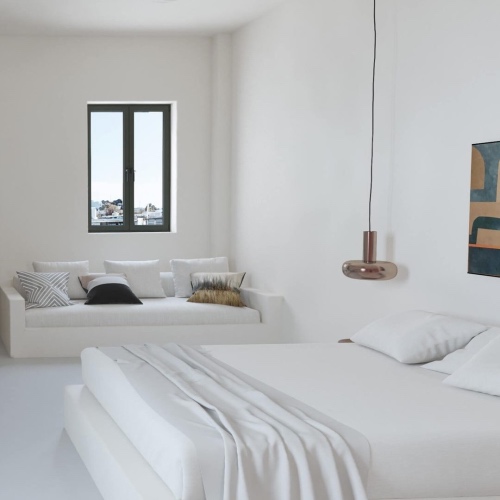 A Vegan Diet For Good Health

“A vegan diet isn’t only the most advantageous diet for long-term health, but also for an athletic edge as well,” the hotel wrote on Instagram.

“You can build the body of your dreams no matter what your training choices may be while at the same time being vegan. It may sound contradictory but it is not, as proved by the Olympic Games’ athletes of the antiquity, who were forbidden to consume meat,” the hotel said on its website.