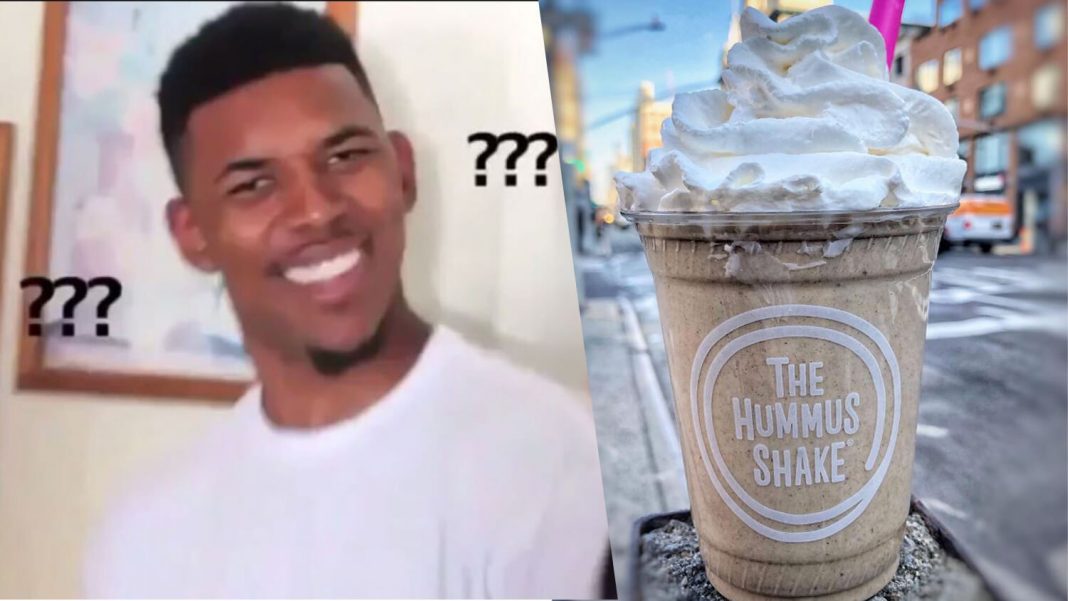 The chain isn’t plant-based, however, its menu is veggie and vegan-friendly, based around traditional Mediterranean vegetables, falafel, shawarma, and of course, hummus.

The restaurant launched its headline-making vegan “Hummus Shakes” back in spring and since then, they’ve proved to be a success. Made from plant-based whole food ingredients, such as chickpeas, frozen bananas, dates, and almond milk, the product proves that dairy isn’t necessary to create a thick indulgent shake.

“We like to think outside the box,” founder Dave Pesso told Business Insider in May. “[Customers] think they’re being punked. It is unbelievably tasty. Honestly, you’ll never have another milkshake again – that’s how good it is.”

As seen on @nowthisfood, The Hummus Shake is officially taking over the Internet! Stop into The Hummus & Pita Co. today and find out for yourself why everyone is talking about #Vegan #Glutenfree #DairyFree Hummus Shake! ???

The chain doesn’t just stick to shakes; back in the summer, Hummus & Pita Co. launched four flavors of vegan hummus ice cream. According to Pesso, the ice cream launches were inspired by the overwhelming success of the milkshakes.

“We were so blown away by the popularity of the Hummus Shake that we knew we had to keep inventing new treats,” he said. “This all started when I developed the dessert hummus as a healthier alternative for my daughter, and the response from my family was so great that we wanted to share it with The Hummus & Pita Co. guests.”

The idea of a dessert hummus is not unique to the chain. Over in the UK, London-based hummus company HOU launched the country’s first-ever sweet dessert hummus. It’s available in Choco-O-Chic, Banoffee Pie, and Mixed Berry flavors.

According to HOU co-founder Harry Tyndall, sweet hummus is ideal for spreading on toast, being dolloped on fruit, or even being spooned straight out of the tub like a yogurt.