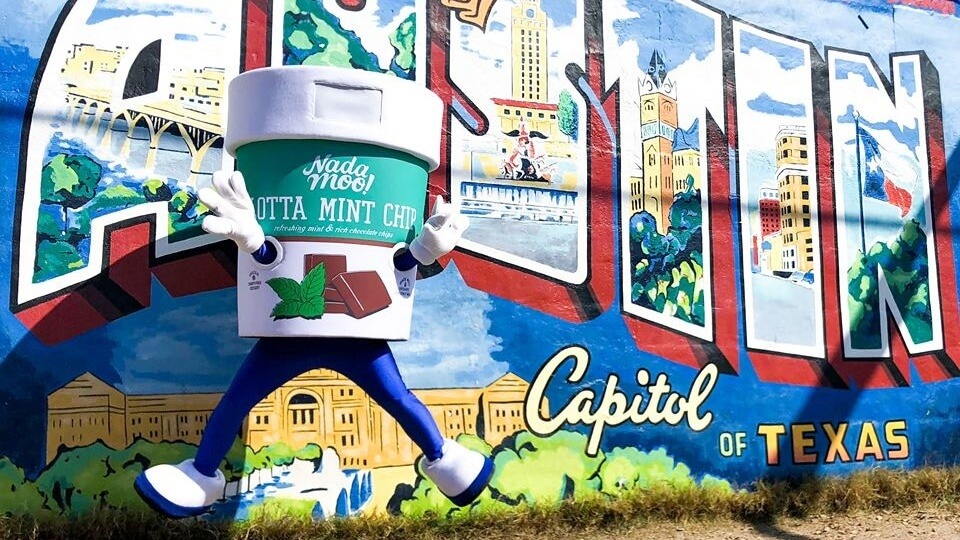 Popular vegan ice cream brand, NadaMoo!, will soon open its first brick-and-mortar shop. Eater Austin reported that the company will take over a space that formerly housed an Italian gelato shop in the Zilker neighborhood of Austin, Texas.

The shop will offer scoops of its coconut milk-based ice cream in cups, cones, and milkshakes. Flavors like mint chip, birthday cake cookie dough, maple pecan, and snickerdoodle will be available, along with seasonal and shop-exclusive flavors. The brand also plans to offer vegan baked goods and coffee served with plant-based creamer.

The retro interior will feature pink cushioned seating, three-dimensional sprinkle installations, and a vibrant rainbow Instagram wall. Customers will be able to view the NadaMoo! test kitchen through a glass window, where vegan ice cream makers will experiment with new flavors.

The family-owned NadaMoo! has grown its business considerably since its launch in 2004. Last December, CEO Daniel Nicholson told Food Navigator that revenue had increased six-fold in the past two years. Later that month, the brand announced that it had raised $4 million in an investment financing round that will allow it to expand distribution, develop new products, and grow its team. In recent years, the plant-based food industry has proven to be a lucrative investment opportunity, while the global vegan ice cream market is set to reach $2.5 billion within the next decade.

In May, NadaMoo! announced yet another expansion: all 171 locations of Stater Bros., a Southern California-based grocery chain, will stock all 14 NadaMoo! vegan ice cream flavors.

Not only does NadaMoo! cater to dairy-free and vegan customers with its organic ice cream, it also appeals to those looking for a healthier alternative; NadaMoo! ice creams are cholesterol-free and contain eight to 12 grams of sugar per serving, notably lower than dairy-free ice cream from other brands.

The Austin Nadamoo! store is set to open on June 15.