In December 2009, married couple Kai Nortey and Nee-Neuh Nortey went on a trip to Ghana that changed their lives: It inspired them to start kubé, a vegan, raw coconut cream-based ice cream business.

“We had coconuts every day” in Ghana, explained Kai. She had enjoyed coconut-based products since she was a child, but discovered on that trip to Ghana that she hadn’t actually tasted a real coconut. “And we said, ‘wow, this is what we’re missing — real food!’”

The couple, who are lactose-intolerant and eschew dairy, began to think about coconut processing and the lack of fresh coconut cream back in the Bay Area in California. (Kai is vegan and has had issues with her gut flora; Nee-Neuh has a lot of allergies and eats a mostly plant-based diet.)

When the couple returned from Ghana in 2010, they began hand-cracking and shredding coconuts at home. Kai found herself saying, “Wow, this doesn’t even taste like coconut in the can. Oh my God, this tastes so fresh, so real.”

After the coconuts she’d eaten in Ghana, she thought canned coconut cream “doesn’t even taste like real coconut — it tastes like Frankenstein food. … Fresh coconut cream is so mild in coconut flavor that it’s hardly there.” 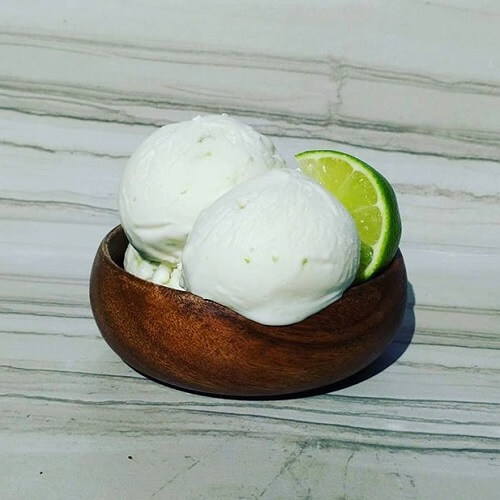 Kubé ice cream was inspired by a trip to Ghana. | kubé

Coconut cream is different from coconut milk. The cream is thicker and has a higher fat content. It’s a common ingredient in vegan or dairy-free cooking.

Kai also wondered why store-bought coconut cream was so bright white. Raw coconut cream is more of a beige/off-white color. So she called an organic coconut cream manufacturer in Thailand. They explained to her that the bright white color in canned coconut products came from sodium metabisulfite, which is used as a bleaching chemical and preservative as a standard industry practice. The company was “very transparent about it,” she found. Kai did her own research and found that sodium metabisulfite can cause gastrointestinal and hormonal issues, as some people have a sulfite sensitivity.

While in grad school, Kai had done preliminary research on a potential market fit for vegan, raw coconut cream ice cream. Beginning in 2014, they began their research and development in earnest by inviting friends and chefs (including vegan chefs) to test potential flavors and provide feedback.

Kubé launched in 2017, primarily selling to “friends of friends of friends” at first, Kai explained. “This product is for everyone, but I wanted Black folks to know that they’re included, “ she said noting that Black people are not advertised in other vegan ice creams. That never made sense to her, given that the prevalence of lactose intolerance in populations descending from Africa.

In 2018, the Norteys began selling their ice cream to the public at farmers’ markets, cultural events, private parties, and weddings in the Bay Area. Nowadays, they make three or four batches of kubé ice cream a day and always sell out.

Their “nice cream,” as they prefer to call it, is made with raw, unpasteurized, mature coconut cream.

Compared with other non-dairy ice creams, Kai says, kubé has a dense, creamy mouth feel. Portion sizes are 3.5 ounces because their coconut cream is full-fat. It’s gluten- and soy-free, and available in 12 flavors. They eventually want to serve the ice cream scoops in halved-coconuts, which are compostable.

Currently, the Norteys hand-crack the mature coconuts. But that will change in October when the pair receive a custom-made automatic coconut de-shelling machine that they purchased in 2019.

De-shelling is one aspect of coconuts; shredding the fruit is another. And the Norteys have developed their own patent-pending, hands-free automatic coconut shredding device. Working with a mechanical engineer, they developed this proprietary device and submitted the patent application in 2017. The stainless steel, coconut scraper device will both the coconut and shred the fruit in one process. They expect their scraper device to be patented in the next several months.

In the longer term, they would love to see their tool incorporated into robotic coconut automation. Currently, workers around the world can badly injure their fingers while holding coconuts on an industrial scraper. “I’m super-excited [for the coconut scraper] because it’s hands-free, it makes the process more efficient, and it increases worker safety,” Kai said. 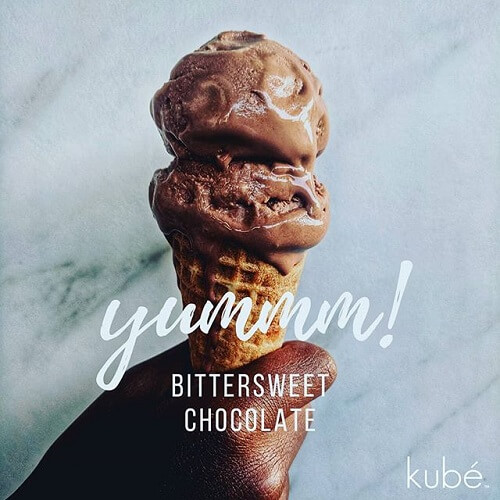 The Struggle for Black-Owned Vegan Businesses

Currently, the Norteys make their ice cream in a bright, spacious commercial kitchen in Oakland. (They live in Hayward, outside of Oakland proper, on account of gentrification in Oakland bringing housing prices up.) The space is beautiful with lots of skylight windows — and no air conditioning.

The current kitchen is “not an ideal place to make ice cream at all,” Kai said, noting that they use a lot of dry ice to keep the ice cream cool. There is no storefront at the moment, either; on pickup days, customers line up outside in the parking lot outside the kitchen.

The couple hopes to scale to 2,000 units per day at a new location, ideally in Oakland. Kai is from the city originally and “it’s known for being ethnically inclusive and has a food justice culture,” she said. However, scaling up will entail buying more equipment, hiring six to 10 employees, and acquiring a larger manufacturing space, ideally with a storefront.

And that’s going to take investment.

The Norteys are seeking $3 million in order to scale their business. So far they have raised $123,000 from values-aligned investors; of that amount, $105,500 came from a campaign on CrowdFund MainStreet.

There are numerous obstacles facing Black-owned entrepreneurs and female entrepreneurs, and fundraising is a top challenge for them all. In 2018, only 1 percent of venture capital (VC) went to Black entrepreneurs/startup founders, according to Silicon Valley Bank. Forty-seven percent of startups have no women in executive roles, the same study found.

“More investors — and socially conscious investors — need to diversify their portfolios,” says Kai. The investment world is having important discussions about investing more in people of color and female entrepreneurs, but she wants to see more action on it. “I can’t get further if you don’t invest in me now — I’ve already invested in myself!” she says.

Capitalism has traditionally had an exploitative and oppressive relationship with Black people. (Kai cited the 1921 Tulsa massacre as a prime example of racism in response to Black folks accumulating wealth. This massacre occurred in the prosperous Black neighborhood of Greenwood — aka “Black Wall Street” —in Tulsa, Oklahoma. Black-owned businesses spread across 35 blocks were burned to the ground by white people, and 300 people were killed.) When Black people are workers, as opposed to owners, it makes it difficult for them to build generational wealth. Black entrepreneurs can also be wary of risking their businesses on venture capital.

“Black founders need to be in the leadership of their production and ownership to repair the harm that’s been done to African-Americans historically,” said Kai. “They want us to only be laborers, workers, and consumers, and they look at what we build as commodities to be moved and sold, just like they looked at our enslaved ancestors as commodities to be moved and sold.”

The Norteys hope to scale up production at a new kitchen. | kubé

What the Norteys are interested in building is “a full-circle regenerative plant-based economy that restores value, health, and joy by building models of restorative economics, food justice, racial and gender equity, and climate justice,” said Kai. These values are at the heart of their business. For example, kubé is upcycling their coconut byproducts to farms, as well as donating to an urban garden non-profit, Planting Justice. (The Oakland-based grassroots organization provides food justice education at high schools, prisons, jails and juvenile detention facilities.)

“We are building stronger relationships in the plant-based ecosystem,” Kai said. “It feels like we are really building the future we really want.”

Although the business purchases their coconuts in Mexico through a fruit wholesaler, they hope to workers with farms in Mexico and the Caribbean directly. “We’d rather pay farmers directly so we know the money is going to them.” They’d also like to see kubé sold at online grocery stores and food co-ops.

Kubé is not only about bringing vegan, non-dairy ice cream into people’s lives. Ultimately, the Norteys want their business, their product, and their impact on their community to be a model for food justice.