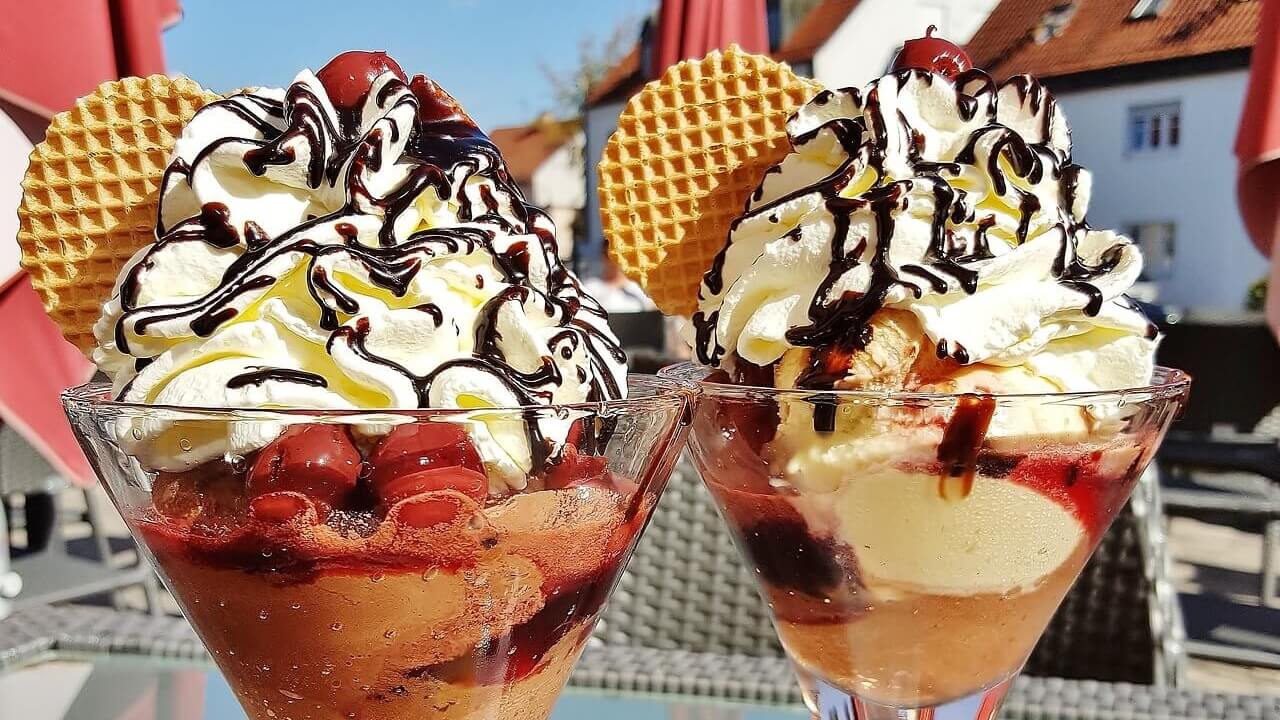 The one-day pop-up event will take place on June 10 at the recently-opened MeMe’s Diner in the Brooklyn neighborhood of Prospect Heights. All desserts served are made vegan with Elmhurst vegan milks and inspired by classic soda fountain treats

A soft serve sundae made from Elmhurst peanut milk will be available at the pop-up event, topped with sweetened, dairy-free coconut milk sauce, candied chilies, and cocoa nib brittle. Other treats include the Phosphate, inspired by the wildly popular phosphate sodas of the early 1900’s, traditionally a frothy blend of fruit flavorings, malt, eggs, and sometimes wine. The vegan phosphate will be made with cashew milk, cardamom-infused chocolate syrup, dark rum, and seltzer. A MeMe’s representative told LIVEKINDLY that the ice cream served will be vegan. Other desserts are yet to be announced.

Originally a dairy company, Elmhurst shut down its last plant in 2016 after nearly 100 years of operation amid the steadily declining demand for cow’s milk in the United States. In 2017, the company entered the growing plant-based milk industry and began production of minimally-processed vegan milks containing no additives, gums, or fillers. “After 92 years in business, it was time to embrace a new model and look toward the future,” Elmhurst CEO, Henry Schwartz, told Business Insider.

The newly-revived Elmhurst started off small, distributing its plant-based milks to select, small grocery stores in the Southeast United States and some local retailers such as vegan mini-mart Orchard Grocer and Perelandra Natural Foods. By 2018, the brand was able to further expand distribution into major retailers throughout New York, such as Whole Foods Market, Wegman’s, and select Walmart locations. After decades as one of the largest dairy companies in NYC, Elmhurst has found a new market in the booming plant-based milk market.

The alternative ice cream social at MeMe’s Diner is the first time that ice cream made using Elmhurst vegan milks will be available to the public, albeit for a limited time only. Outside of MeMe’s, vegan ice cream in Brooklyn can be found at Dunwell Doughnuts, Champs Diner, and all Van Leeuwen Artisan Ice Cream locations.