Updated May 13, 2019. During this year’s Ramadan, which ends on June 4, vegan iftars have been more popular than ever before in Dubai.

For Muslims who observe Ramadan, iftar is the main meal of the fasting day and occurs at sunset. In Dubai, many restaurants and pop-ups launched vegan menus for the ninth month of the Islamic calendar, with a positive response.

Athena Matheou, a head chef at the pop-up eatery Super Natural Kitchen, noticed a rise in demand last year. “We tried to come up with recipes that would be kind of familiar to a non-vegan palate,” she told Salaam Gateway. “We had saffron lotus roots, truffle cheese inside dates – cashew-based cheese that we make – and scallops made from oyster mushrooms. It was an exciting menu to create and we had positive feedback.”

Matheou believes the rising popularity of the plant-based diet in Dubai is due to people’s growing awareness of the meat and dairy industries. Documentaries on Netflix, she notes, could be the cause of many citizens trying more vegan foods. Ghalia Lul, founder of 95 percent vegan restaurant Urth by Nabz&G, agrees with Matheou. “There’s a huge business case for vegan food in Dubai,” he stated. “People are watching documentaries and becoming conscious of the benefits of a plant-based diet. We were overbooked throughout Ramadan for the vegan Iftar.”

Where to Get Vegan Iftar

A number of restaurants throughout Dubai, the biggest city in the UAE, are meeting customer demand by offering vegan-friendly iftar this year. 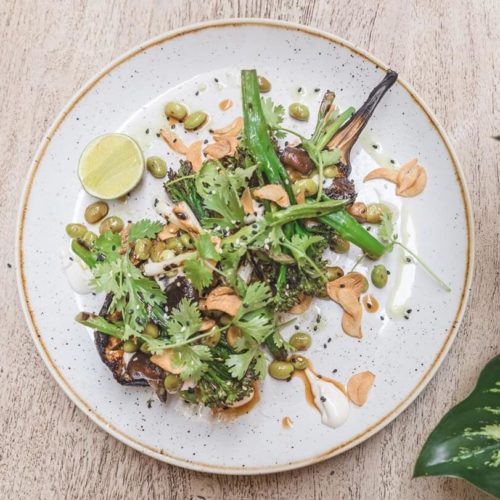 “We went on a whim and thought ‘let’s try something different’ and we’ve had such great feedback. We were a bit skeptical at the start but it was phenomenal. I’ve been in the UAE for seven years and never thought I would see a day when vegan food would be in such high demand,” head chef Alexi Mostert told Salaam Gateway last June.

This year, the Common Grounds is offering several vegan iftars throughout Ramadan using as many local, sustainable ingredients as possible. 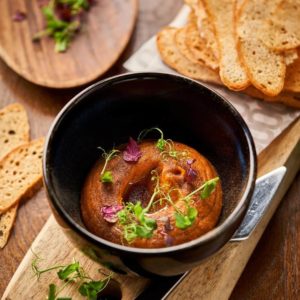 European-inspired restaurant Boca is extending its lunch offerings throughout Ramadan. While not vegan, the Dubai-based restaurant will serve soup, an entree, and cold-pressed juice. Plant-based items from the regular a la carte menu, such as the sweet potato hummus above, will also be available. 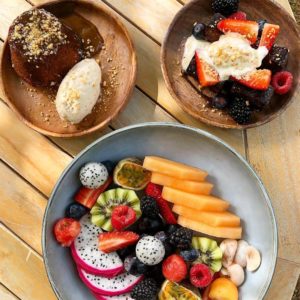 Bounty Beets is a health-focused cafe based in Dubai with a vegan-friendly menu. For iftar, the restaurant will serve lentil soup, garlic bread, mezze, and cauliflower tacos. There’s also dessert: a plant-based hazelnut tart topped with dairy-free orange, cashew, and cocoa cream. 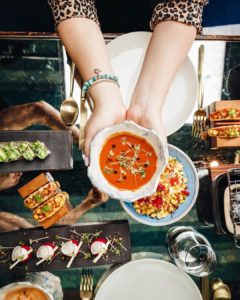 Peruvian eatery Coya has a vegetarian iftar menu at its locations in Dubai and Abu Dhabi consisting of soups, mushroom skewers, and traditional dishes made meat-free. While nothing is explicitly vegan, the chef can customize orders based on dietary preferences. 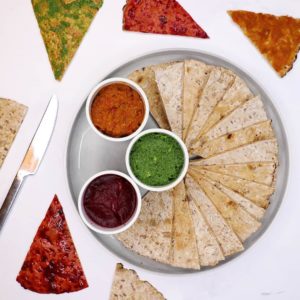 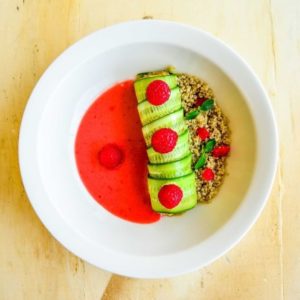 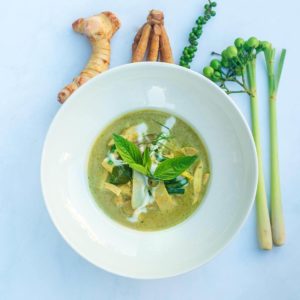 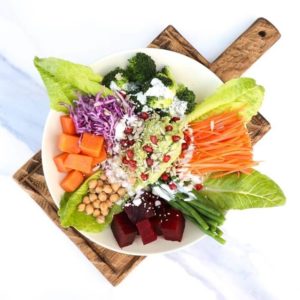 This upscale eatery offers plenty of vegan options for iftar, such as soup and mushroom rice bowls. A reservation is required. 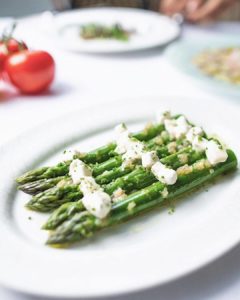 For a vegan French iftar, head to Le Petite Maison. The restaurant has options including salad, lentil soup, arrabbiata pasta, gnocchi, and sorbet for dessert. 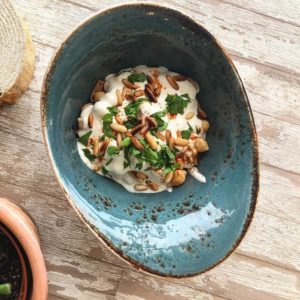 This vegan-friendly restaurant specializes in Middle Eastern cuisine. It was founded by two. Options for iftar include plant-based version of local dishes such as stuffed peppers, baby marrow, and cabbage. According to the website, Little Erth by Nabz&G was founded by two passionate culinarians — Nabih and Ghalia — who wanted to bring healthier food to the community. 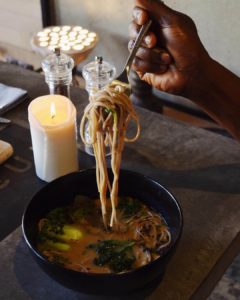 Inspired by Australian cuisine, Myocum will serve four iftars throughout Ramadan. According to The National, the theme will change each week, like South American and Mediterranean. Vegan dessert is fixed with options like chia pudding, dairy-free chocolate mousse, and Spanish doughnuts. 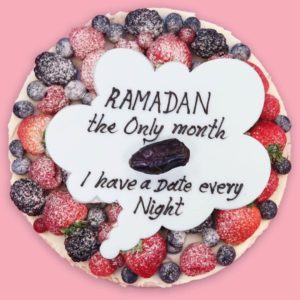 With locations across the UEA, dessert-focused chain SugarMoo is catering to vegan iftars with single-serve chocolate cakes topped with date paste and the Lotus Cake — an indulgent dessert that serves 10 consisting of lotus mousse topped with crushed biscuits. 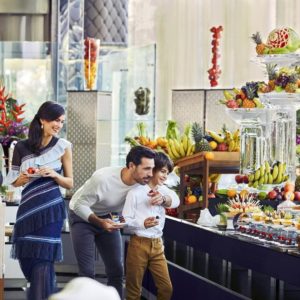 The Meydan Hotel has a full Middle Eastern buffet with plenty of vegan options. According to The National, special iftar options range from classic mezze dishes like hummus and muhammara, salads, and falafel.

14. The Restaurant at Address Downtown 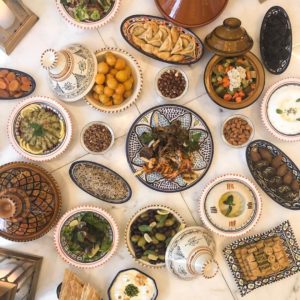 The Address Downtown has a full set Middle Eastern menu for iftar. While vegetarian, plenty of items on the menu are vegan, like tabbouleh, fattoush, biryani, falafel, and grilled vegetables.