Red Robin Gourmet Burgers and Brews is adding the Impossible Burger to all 570 restaurants. The new addition to the restaurant’s menu is features a vegan Impossible patty served with cheese, mayonnaise, pickle relish, red onions, pickles, lettuce, and tomatoes with a side of Bottomless Steak Fries.

The Impossible Cheeseburger can be customized to the diner’s liking. To make it vegan, order without cheese or mayo. The rustic Italian bread, ciabatta buns, spinach tortillas, and lettuce wraps are free from animal ingredients, according to PETA (People for the Ethical Treatment of Animals). 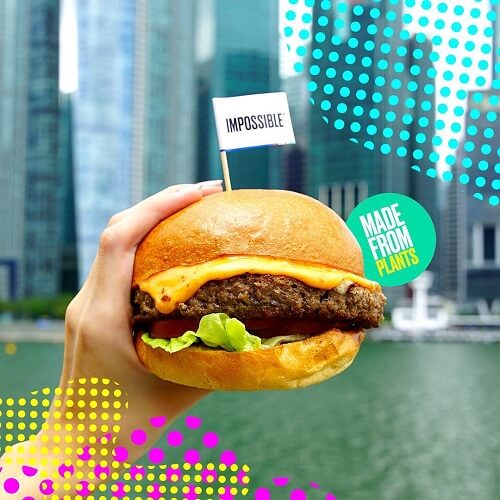 “Our fans expect variety, creativity and culinary innovation at Red Robin, so it was important for us to offer a plant-based option that appeals to traditional burger lovers, flexitarians and everyone craving a delicious burger,” Jonathan Muhtar, executive vice president and chief concept officer at Red Robin, said in a statement. “The Impossible Cheeseburger is a high-quality offering our guests will love and marks a huge milestone for Red Robin.”

The partnership marks the biggest restaurant roll-out for Silicon Valley-based Impossible Foods, which is also available at 377 White Castle restaurants across the country.

Red Robin introduced its first vegan burger in January 2018, but there are other plant-based options on the menu. Both the steak and sweet potato fries are vegan, as are the Yukon kettle and tortilla chips. You can also order chips with salsa and guac or opt for a side of steamed veggies and black beans, without the cheese.

The Southwest Sombrero Salad, which normally comes with a chicken patty, can be made vegan with some substitutions: swap the the veggie patty (or the new Impossible patty), ask for regular jalapeños instead of fried jalapeño coins, and ask for no cheese or ranch dressing. Vegan condiments include A-1 Steak Sauce, cocktail sauce, ghost chili ketchup, guacamole, Heinz 57 Sauce, ketchup, oil and vinegar dressing, soybean salad oil, and yellow mustard.

The Impossible Burger will be available at all Red Robin restaurants starting April 1.