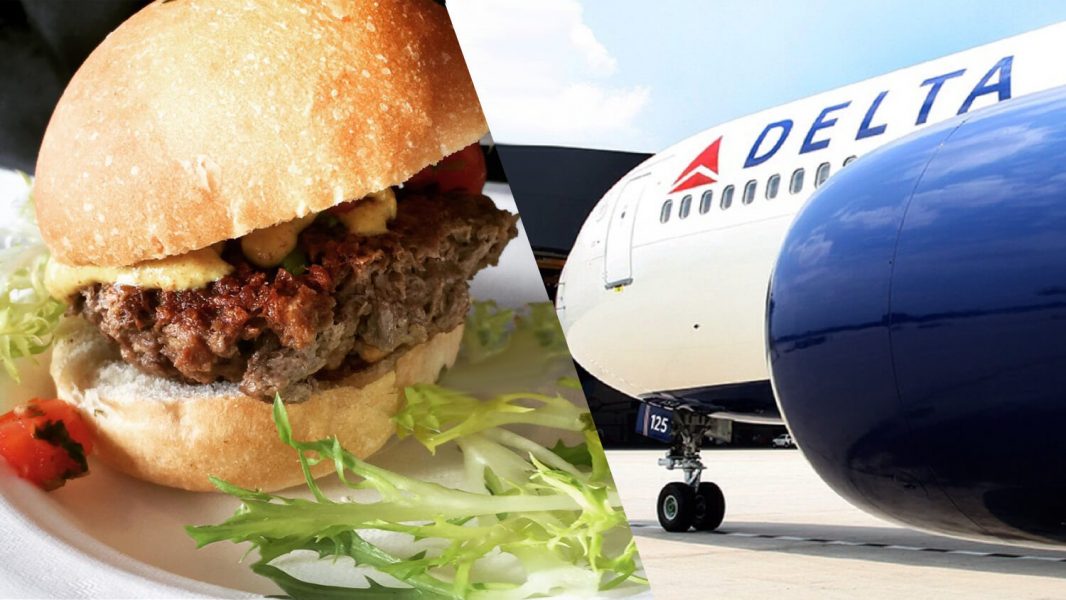 The popular meatless patty that looks, cooks, and tastes like beef was spotted by Vexquisit Studio co-founder Roxy Velez.

“I had to ask 5 Times if they did not trick me!!” she wrote, saying she asked for the name of the “fake” meat in order to be sure the burger was vegan.

The @delta Sky club at JFK is serving @theimpossibleburger! I had to ask 5 Times if they did not trick me!! Haha until they gave me the name of the „fake meat“. We tried this vegan meat this trip already. But at vegan restaurants, so somehow our brains already trust it is vegan. But here. I honestly cannot tell the difference. #thefutureisvegan ? ❤️ – so many non vegans eating this mini burger having NO CLUE that it is not an animal. well some get informed! ? I still prefer a more veggie texture on the patties but this type of products will help people contribute to less harm ❤️ whole staying healthier ? #justwow #veganfood #impossibleburger #jfk #veganworld

Impossible Burgers can be found throughout New York these days. Popular fast-food chain White Castle began serving the vegan burger sliders in the region earlier this year. They proved so successful the chain has since launched them nationally, with rave reviews pouring in across the country.

“Everything from the texture to the patty’s smokey flavor tastes just like an all-beef burger fresh from the grill — except that it’s plant-based,” Sara Cagle wrote. “It tastes delicious, but compared to the original, the Impossible Patty is much thicker and thus imparts more flavor.”

The Impossible Burger is now also available at a number of Applebee’s and Cheesecake Factory locations as well as in all Bareburger locations.

Impossible Foods, along with plant-based meat brand Beyond Meat, have been bringing their vegan burgers to a growing number of fast food locations. Beyond Meat’s vegan burger can be found in all TGI Friday’s locations as well as A&W Canada. The company also just debuted vegan tacos featuring the Beyond Meat Crumbles at Mexican fast-food chain Del Taco.