The fishing industry is responsible for huge amounts of damage to the oceans. Overfishing not only impacts fish populations, but larger cetaceans often end up as bycatch or entangled in industrial fishing nets. Every year, around 300,000 whales and dolphins lose their lives due to entanglement. Opting for sustainable, vegan fish could help to make a huge difference for marine life.

In fact, it’s small decisions like choosing a fish-free dinner over cod and chips that are going to save our oceans. At least, that’s what Chris Kerr — the chief investment officer at New Crop Capital and CEO of vegan seafood brand Good Catch Foods — thinks.

He added, “movements will be judged by the giant leap, but without the small steps, we are nothing.”

The giant leap for Good Catch Foods is saving the oceans from overfishing and its creatures from entanglement and bycatch. But its small steps — like offering fish-free flaky tuna — are what counts right now.

But it’s not just about one brand. There are so many out there trying to make a difference, says Kerr. New Crop Capital has 35 companies in its portfolio. Each one is creating direct vegan replacements for meat, dairy, eggs, and seafood. Foods that, if we keep eating at current rates, will cause irreversible damage to the planet. 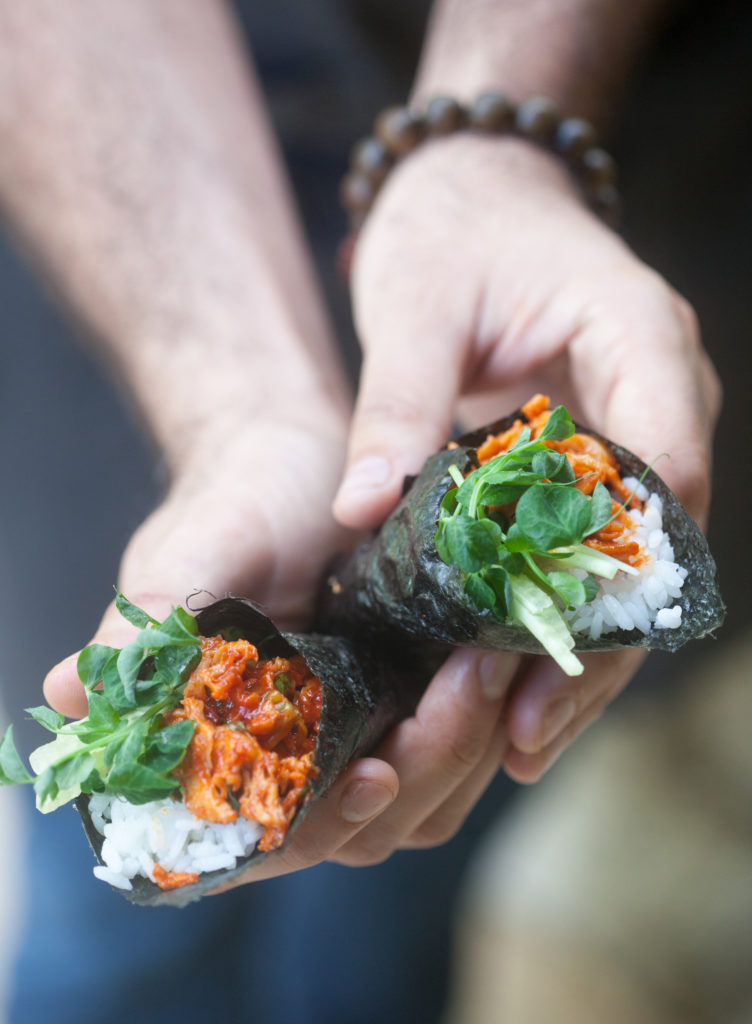 ‘A Force To Be Reckoned With’

According to the United Nations, we have less than 12 years to prevent a catastrophic climate crisis. And tackling meat consumption is one of the world’s most “urgent problems.”

“[This coalition] is a serious force to be reckoned with,” says Kerr. “Collectively, we are an army that is tactical, patient, and engaged. Our efforts are a call to action, and good lord, do these people show up.”

But no one shows up quite like his own wife, says Kerr. Not only did Kirsti Gholson capture his heart, but she forced him to look outside himself and become the person he is today.

“She’s a better person than I am,” says Kerr. “Better than most humans on the planet. Being lucky enough to be in her presence comes with some conditions – one of which is fairly simple: you have to open your eyes.”

Kerr says he’s been vegan since shortly after his first date with Gholson, in December 1999, and he’s never looked back. Now he’s got his heart set firmly on saving as many animals as possible.

“My personal goal, with the help of my indefatigable wife, my brilliant colleagues, our portfolio companies and generous supporters, is to take at least one billion animals out of the food system before I die,” he said. “Good Catch will get us a long way toward that goal – maybe sooner than I ever could have hoped.”