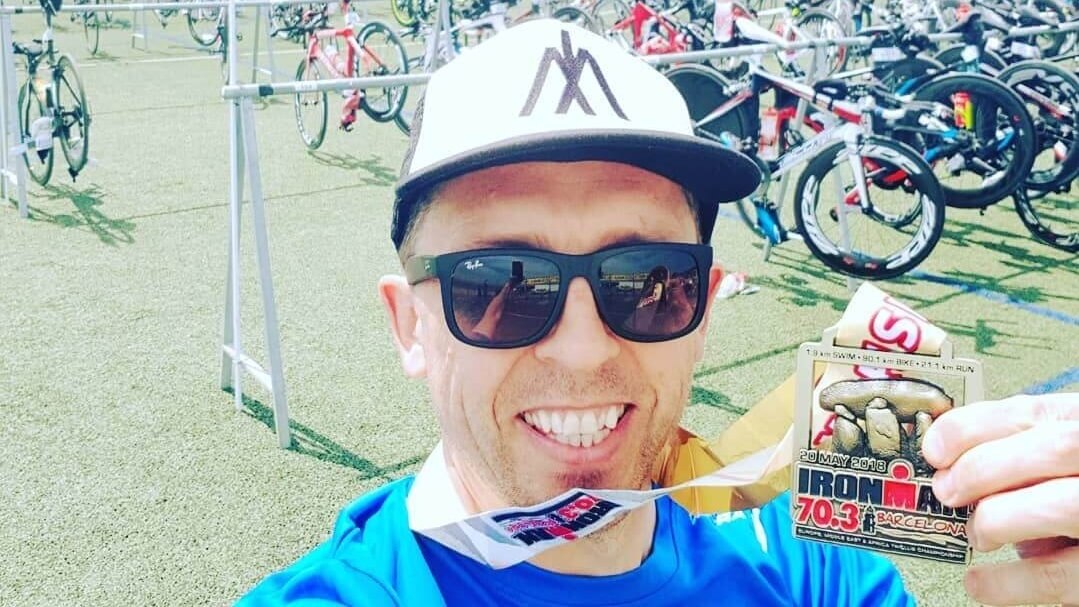 Irish Ironman athlete and author Conor Devine revealed that adhering to a plant-based diet has allowed him to better manage his symptoms of multiple sclerosis (MS).

According to Devine’s official website, he first noticed symptoms of the disease in 2006, when he began to experience painful pins-and-needles sensations traveling up his right arm, a pain so great that he was forced to quit playing football. For 12 months, doctors struggled to find the cause of Devine’s debilitating pain until finally, he was diagnosed with MS. He told  The Irish Sun that initially, he felt very lonely and dejected: “I couldn’t find anyone in Ireland, the UK or Europe who was living really well with MS, who had a very positive story to talk about.  All I could see was negativity.”

Devine said that doctors offered little to no resolution, telling him that as he aged, conditions would only get worse and he would likely need a wheelchair for mobility in the near future. “I had a range of symptoms including nerve pain in my chest and legs, throat problems, severe head pressure along with balance problems. Normal daily tasks which all of us take for granted were now a real struggle,” he wrote on his site.

Super 80 mile cycle earlier. Set off at 7am as the sun was rising and kept the head down for 4.5 hours fuelled by @go33shake ☀️ Exercise is an incredible form of all round medication. I’m feeling great this week, no problems after my 70.3miler last week in Barcelona ? Best of luck to @cristiano tonight. Lets hope Madrid do the business ?⚽️ Mood follows action….. ???I R O N M I N D ??? #Plants #Veganathlete #Ironman #Triathlete #Goals #Championsleague #Halamadrid #Lol #Lovinglife #REVERSINGMS?‍♂️?‍♀️?‍♂️??????

After three years of struggling with chronic pain, Devine decided that he would try to take back control of his life. Inspired by U.S. talk show host and MS sufferer, Montell Williams, he began researching ways he could overcome the disease and set a fitness goal of running his first marathon. Eventually, Devine’s search led him to adopt a plant-based diet, which, combined with daily exercise, he says helped him better manage his MS.

“I have intermittent MS symptoms every day. But since I went plant-based my health has improved substantially. I don’t have any side effects from the drugs,” he said. Though many studies have revealed the health benefits of a vegan diet in reversing or eliminating symptoms of certain diseases, Devine notes that his experience is personal to him.

Since going vegan, Conor Devine has completed eight marathons, 10 triathlons, one full Ironman, and one half-Ironman. Conor Devine’s multiple sclerosis journey has also led him to author the book “Ironmind: Against All Odds.” Come July, the vegan Ironman athlete plans to complete his second full Ironman.