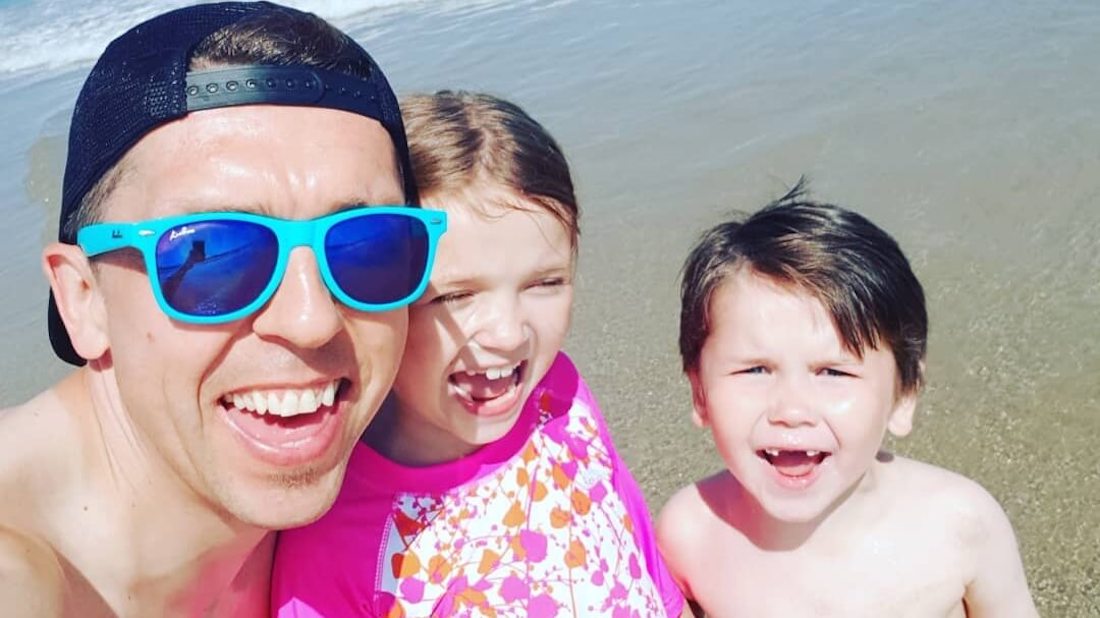 Irish author, speaker, and vegan athlete Conor Devine completed his seventh Ironman marathon earlier this month, a feat that was not thought possible when he was diagnosed with multiple sclerosis (MS) 12 years ago. According to the MS Society, it is an “unpredictable, often disabling disease” that affects the central nervous system, resulting in varying symptoms such as numbness, blurred vision, fatigue, pain,  and impairment of speech and muscular coordination. To this day, medical science does not know what causes MS.

Devine recently spoke to LIVEKINDLY about his how he not only overcame his MS symptoms but also became a plant-powered athlete despite being informed that he would likely lose mobility as the disease progressed. In 2006, MS hit Devine withing warning, as the athlete was approaching 28-years-old.

“I became very ill one morning out of the blue,” he said. He described the experience as attacking his entire body, creating the sensation of pins and needles everywhere.“This went on for nearly three years. It was incredibly painful, upsetting, and devastating.”

Eventually, Devine was diagnosed with MS. Devine continued to cope with the symptoms, without respite from the pain. As time passed by Devine realized that only he could take control of his health.“Following years of research, I decided the only way I could progress was to completely change how I was living day to day,” he said.

Another IRONMAN under my belt?? Yesterdays race in Bolton was brutal, with temperatures hitting 26c, a warm breeze flowing, a very difficult revised bike course, and a challenging marathon. I will post a video in a few days debunking my race, as it was another real challenge, where I found myself struggling 20mile into the bike. But I switched onto auto pilot and literally had to grind the next 100 mile or so out to hit the magic carpet. Thats 2 x Full Ironman races, 5 x 70.3 Ironman races under my belt in the last 36 months. A great feeling and incredible experience I will contact the 3 x winners of my book IRONMIND, tomorrow and will post them off to you this week. Thanks for all of the mesages of support and good wishes. I appreciate them all. It really is powerful what you can achieve in life if you put your mind to something. Anything is possible??‍♂️?‍♂️?‍♂️ ???I R O N M I N D ??? #Swimbikerun #33Shake #Triathlon #Ironman #Ironmind #Vegan #Veganathlete #Plants #Plantbased #FUMS #Mindset #Goals #ReversingMS?‍♂️???????‍♂️?‍♀️

“I was very aware of how important [a plant-based diet] was going to be if I wanted to facilitate the recovery process in my body from the damage caused by MS,” Devine said. He cited the growing body of research as well as recent health-centered documentaries that support the health benefits of a vegan diet. For Devine, eating more whole, plant foods was the solution.

“The big change,” Devine said, “came in April 2016 when I decided to stop taking conventional medicine to manage my MS and pivot to a 100 percent plant-based diet.” Prior to the switch, Devine had been taking medication daily to manage his symptoms. Just one month into his new regime, Devine noticed improved mental health and clarity, higher energy, and a disappearance of other symptoms. He believes that a plant-based diet has not only allowed him to take back control of his life, but also what led him to achieve new health goals.

After he was successfully able to stop taking his medication, Devine said that he became aware that most doctors are not trained in nutrition, calling that the “heart of what is wrong” with the healthcare system.“There are quite a few challenges facing the medical world today namely the role and influence of Big Pharma and the relationship they have with medical professionals,” he said.

However, Devine also praised the growing number of doctors who are promoting a plant-based diet as an effective method of preventing or alleviating symptoms of chronic illness such as Dr. Neal Barnard, Dr. T. Colin Campbell, Dr. Michael Greger, and others. He also praised the work of Dr. George Jelinek, an Australian neurologist who has personal experience with MS. He lost his own mother to MS and was later diagnosed with the disease himself. Jelinek developed the “Overcoming MS” program, which encourages patients to go vegan and change their lifestyle.

Devine also has great admiration for Dr. Roy Swank, a highly-acclaimed neurologist who guides MS patients to take back control of their lives by cutting out processed foods and red meat and eating more vegetable-centric meals. “More and more people are now looking at nutrition and running trials to see if they can produce results that would confirm the importance nutrition can play in the outcomes of the lives of those living with MS,” Devine added.

Something different today…. a VEGAN festival in N Ireland. Fair to say the interest in veganism and plant based nutrition is growing at an incredible rate. Lilyanna enjoyed watching her dad speak. She reckons i’m a great speaker lol… Important point for me today was being given the opportunity to share the advantages of a plant based lifestyle. Thankfully all well received ?? #Vegan #Veganathlete #Plants #Plantbased #Triathlon #Ironman #Ironmind #life #Goals #FUMS #Nomeat #Nodairy #ReversingMS?‍♂️???????‍♂️?‍♀️

In addition to being a strong supporter of the health benefits of plant-based food, Devine also believes in being vegan from an animal welfare and environmental perspective. He has two young children – a five-year-old and a seven-year-old – who he is raising on a plant-based diet. According to Devine, raising a vegan family comes easy despite his intense Ironman training regimes. He enjoys cooking and finds it easy to get his children interested in plant-based food by getting them involved in meal prep, as well as keeping things fun with grocery shopping and nutrition tips: “They pick the fruit and vegetables and I try and include them in as much as the food prepping as possible. We talk a lot about plant-based nutrition, fruits and vegetables etc and how bad nutrition can cause you harm.”

Devine hopes that he can continue to inspire others with his lifestyle: “How I lead my life now means I am being a lot more purposeful and hopefully bring a lot more value to the world in different forms, and this is something I hope I can continue with.”