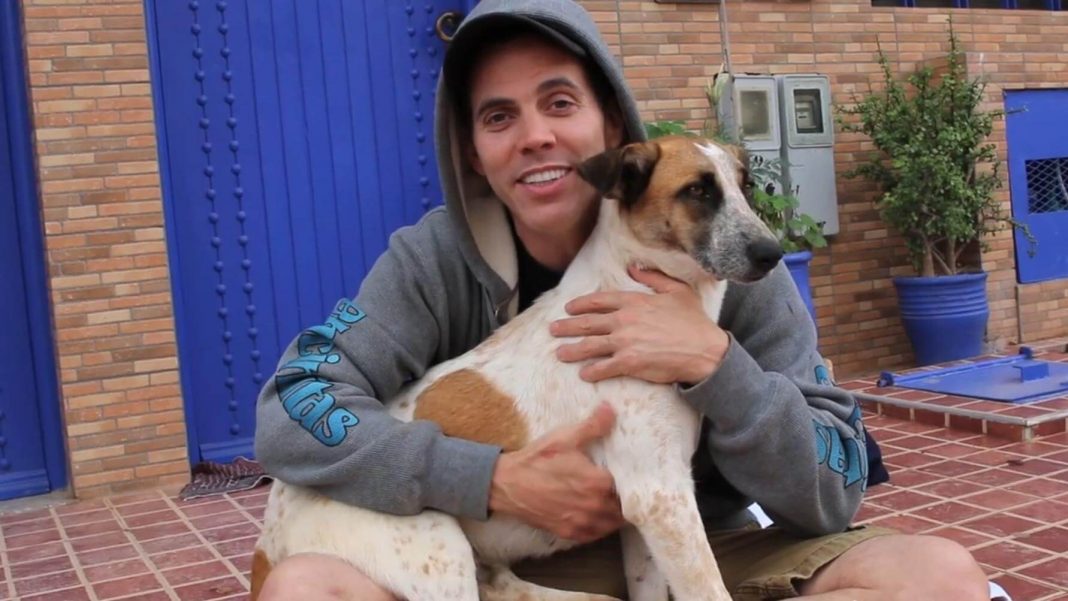 In an Instagram post, the star appears in a hospital bed in Denver where he received skin grafts in 2017, proposed to designer Lux Wright last year, and says he’s back this year to look at sites for an animal sanctuary.

Last January the star rescued a street dog from Peru. He had been looking for a dog for a segment he was filming but at the end of it found he couldn’t leave the dog (later named Wendy). She came back to the States after the filming. “I love this dog so much,” he said.

All in Denver: I had cadaver skin surgically grafted onto my body in 2017, proposed to @luxalot in 2018, and NOW I’m back to visit potential properties for our animal sanctuary AND #SteveOsBucketListTour is at @thedenverimprov tonight and tomorrow night. See you there! #FreeMeetAndGreetAfterEveryShow

“One of our plans in South Africa was to ride along with police and an animal rights group to film a sting where they were going to arrest poachers for selling wild tortoises at the side of the road,” he wrote in an Instagram post, “but the cops backed out when they found out we were involved with cameras, and the animal rights people decided to go through with it anyway… It was up to us to detain the poachers until the cops responded to a call from us after the fact. I’ve participated in plenty of hairbrained plans in my time, but I have never been involved in anything so utterly absurd as the four of us flying to Africa to try arresting poachers with our bare hands!”

Animal sanctuaries such as the popular New York and California-based Farm Sanctuary serve both as a home to rescued animals, such as escaped farm animals. And they also serve as a point of education. Farm Sanctuary, in particular, has taken its program to schools with VR goggles that allow children to have firsthand experience with animals.

Steve-O lent his voice to Farm Sanctuary in 2012, where he starred in a video about three of the sanctuary’s rescue animals, Nikki, Symphony, and Fanny.

“I have a tough stomach, and I’ve put myself through a lot,” the star said. “But when I first found out what happens to animals on modern factory farms and in today’s slaughterhouses, I wanted to throw up — I literally couldn’t believe it. I narrated this video for Farm Sanctuary because I’m committed to doing what I can to show people all the disgusting things that happen to farm animals, and encouraging everyone to make more compassionate choices. I love that when someone does a Google search for ‘Steve-O explicit video,’ they’re going to find ‘What Came Before.’ I hope a lot of them go vegetarian.”