“Kirly-Sue’s Global Kitchen” debuted earlier this month in the US and the UK. It is hosted by vegan YouTuber and cookbook author Sussane Kirlew, who goes by the name Kirly-Sue.

The three-part series aims to show viewers how easy it is to cook vegan meals. It follows Kirlew, who also serves as the show’s executive producer, on her travels to Jamaica to see how food is grown and cooked locally. She then makes her own vegan version of the dish in her UK kitchen and allows non-vegans to try it.

Kirlew told LIVEKINDLY incorporating Jamaica into the show was important to her.

“My country of origin is Jamaica, my parents are from Jamaica. So I thought to actually film there—because I have family there and I have contacts there—is not going to be too difficult,” she said.

“I also obviously wanted to film here in the UK where I live. We often think if you want to learn something you have to go to somebody in a Western country. And we have everything here. And to some extent, that is true. But what I’m showing in the show is we can learn something from non-western countries,” she added. 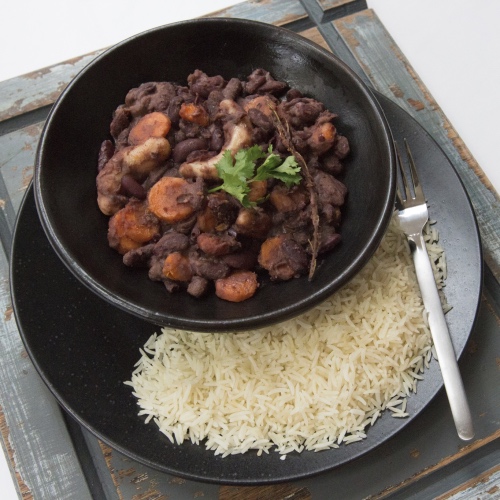 The vegan cook makes her own plant-based versions of Jamaican-inspired dishes. | Sussane Kirlew

Kirlew says she went vegetarian at the age of 18 and then vegan in 2012. She now spends her time trying to encourage others to incorporate plant-based foods into their diets, especially younger generations.

In addition to her newly-released vegan cookbook for kids, called “Cooking With Kids,” Kirlew hosts a weekly Instagram Live in which she does a cook-along with kids. “So I have kids who join me for half an hour to do a really good plant-based meal every week. And it’s been going really well,” she said.

“A lot of the time people are not aware of all the information surrounding veganism. And I think it’s important for us to teach the next generation what options there are for them,” she explained.

Kirlew says that with good reviews and ratings, she hopes the show may potentially move to Netflix.