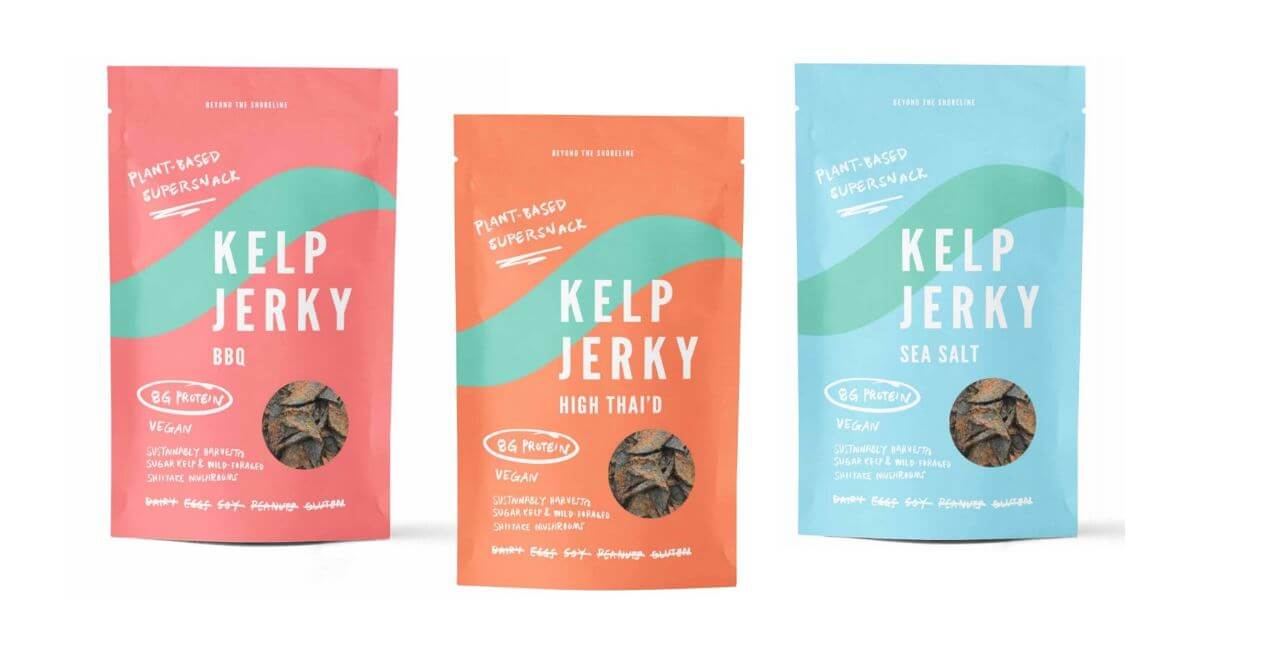 A new startup based in New York, Beyond The Shoreline, is set to launch its vegan, non-GMO vegan jerky made from kelp into the mainstream marketplace in January 2018.

This beef-less vegan jerky is made from the stems of mushroom, sugar kelp, pea protein, brown rice flour, sea salt and nutritional yeast. The manufacturing process is similar to beef jerky, just with 100% vegan ingredients instead of animal products. The ingredients are ground up, blended and then dehydrated and you are left with a chewy, savory jerky.

Co-founder Courtney Boyd Myers told Food Navigator USA that she was blown away by the seaweed she tasted and quickly became obsessed.

After working with food scientists and the ‘amazing‘ chef, Will Horowitz (now co-founder of Beyond the Shoreline), it became obvious how versatile kelp is. Not only that but the demand for a kelp-loving consumer marketplace is only set to get bigger. From kelp-based burgers to sausages and of course, jerky this versatile plant is growing in popularity.

Aside from the unique, salty taste, kelp also had other amazing health benefits as it is high in fiber and contains a multitude of important nutrients such as vitamins A, B1, B2, C, D, iodine, zinc, calcium, magnesium, potassium, copper, and iron.

Kelp jerky’s biggest competitor is thought to be roasted nori (seaweed snacks), which are increasingly popular across the globe.

Boasting 8 grams of protein per serving, Beyond the Shoreline‘s vegan jerky will come in three flavours: High Thai’d, BBQ and Sea Salt. The company intends to ship their products globally, particularly to health food stores, but you can pre-order some here.

The vegan jerky isn’t Beyond The Shoreline‘s only venture. Currently, the company has vegan bone broth, sausages, burgers, and instant seaweed stew in development.

The co-founders hope to make plant based sea snacks a household staple.

Image Credit: Beyond the Shoreline