Vegan actor Joaquin Phoenix has gained notable popularity within the animal rights community due to his impassioned activism.

Phoenix is also a well-known name in many households thanks to his illustrious acting career. The actor has certainly graced the big screen on numerous occasions. Many may be familiar with him because of the parts he has played, particularly his path to becoming a criminal mastermind in Todd Philips’ 2019 psychological drama “Joker,” for which he won the Academy Award for Best Actor.

Phoenix’s raw portrayal of Arthur Fleck, a man living with mental illness in gritty Gotham City was lauded by many.

Aside from playing a deranged clown—Phoenix has portrayed country music legend Johnny Cash in 2005’s “Walk the Line,” an amoral emperor in 2000’s “Gladiator,” and even Jesus Christ. But who is Joaquin Phoenix, really? 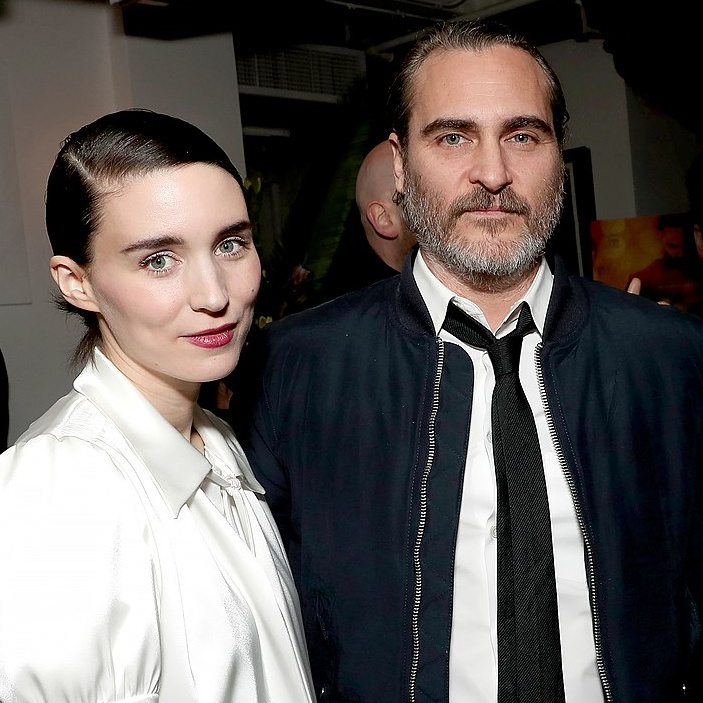 Who Is Joaquin Phoenix

The American actor was born in 1974 in San Juan, Puerto Rico. He was the middle child of five siblings and lived an unconventional, nomadic lifestyle growing up.

His parents were followers of a religious cult, known as the Children of God, and traveled throughout parts of South America when he was younger.

In the late 1970s, his parents left the cult—they were living in Venezuela at the time—and moved back to the states. They ended up in Hollywood, where the family began singing and acting in television shows like “Hill Street Blues” and “Family Ties.”

Phoenix made his feature-film debut in the 1986 movie “SpaceCamp.” He now has a rather extensive list of film credits, which includes roles in movies like M. Night Shyamalan’s 2002 film “Signs” and the 2003 science-fiction romance, “Her.”

Joaquin Phoenix is engaged to vegan actor Rooney Mara, who is known for her role in the 2011 crime thriller, “The Girl With the Dragon Tattoo.” The pair reportedly first met while on the set of “Her.” They confirmed their engagement in 2019. 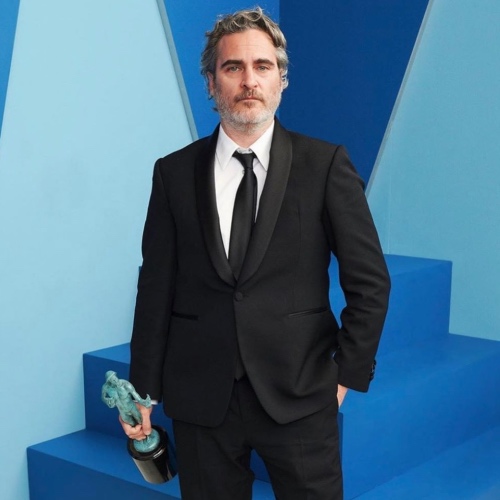 Phoenix at the Sag Awards with his win for Outstanding Performance by a Male Actor in a leading role for ‘Joker.’ | @JokerMovie

Phoenix’s portrayal of an infamous comic book villain in “Joker” garnered the actor some serious award buzz. His performance garnered him critical acclaim and led him to sweep the 2019-2020 film awards season.

Phoenix won the award for Best Actor in a Leading Role at the BAFTA Awards. And—most prestigious of all—he also took home the Oscar for Best Actor at the Academy Awards 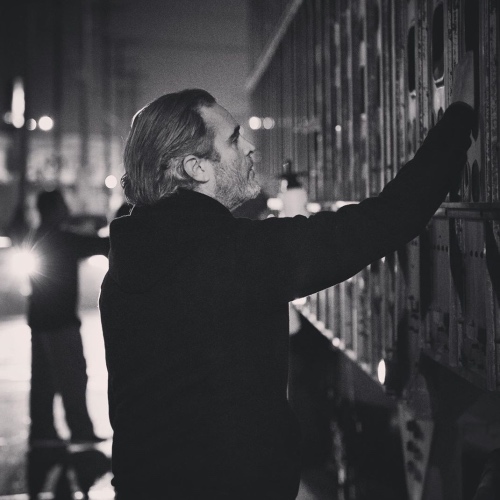 The vegan actor is an avid animal rights activist. Phoenix recently made headlines at the 92nd Academy Awards for condemning the dairy industry during his acceptance speech for Best Actor.

“I think we’ve become very disconnected from the natural world. We feel entitled to artificially inseminate a cow and when she gives birth we steal her baby, even though her cries of anguish are unmistakable,” he said.

“We fear the idea of personal change because we think we need to sacrifice something; to give something up. But human beings at our best are so creative and inventive, and we can create, develop, and implement systems of change that are beneficial to all sentient beings and the environment,” he added.

Just hours after giving the moving acceptance speech, the “Joker” star rescued a cow and her calf from a Southern California slaughterhouse during a tour arranged by animal rights organization Los Angeles Animal Save.

Phoenix is a regular attendee at LA Animal Save’s weekly pig vigils. During the vigils, animal rights activists give water and comfort to pigs on their way to slaughter.

During an interview with Jane Unchained—a vegan nonprofit news network founded by television and social media journalist Jane Velez-Mitchell—the actor was asked why he continues to bear witness to animals on their way to slaughter. Phoenix simply stated: “Because I have to.”

He added that “most people don’t really know of the torture and murder in the meat and dairy industry.”

In lieu of attending star-studded after parties, Phoenix opted to bear witness to pigs. He headed straight to a pig vigil after winning the award for Best Actor at the 26th Annual SAG Awards.

“Joaquin Phoenix—still in his tux—came to the vigil tonight. Congrats to him on his SAG award for Best Male Actor in a Leading Role! We are so grateful for all you do for the animals,” LA Animal Save captioned on Instagram. 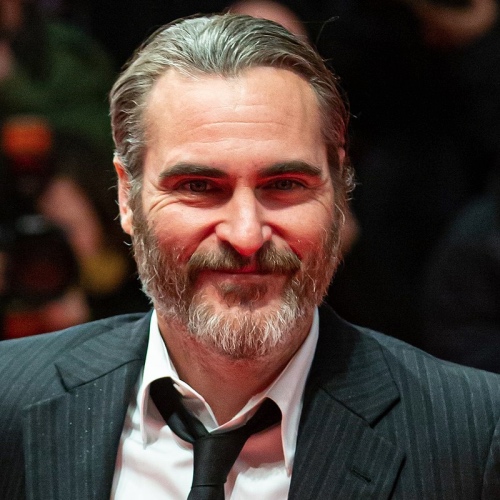 Phoenix went vegan when he was three years old.

Phoenix went vegan when he was just four years old. The actor says he first witnessed the brutal way people kill animals for food while aboard a cargo ship. He and his family were traveling from Venezuela to Miami.

“I’ve been vegan since I was three years old. And at that age, me and my siblings witnessed fish being killed in a really violent and aggressive way,” Phoenix told Brut. “It was just absolutely obvious that that was something we didn’t want to participate in. I don’t want to cause pain to another living, empathetic creature.”

He added: “I don’t want to force [an animal] to be indoors and fattened up just to be slaughtered. It is absurd and barbaric.”

In a 2018 interview with Collinder, the vegan actor said seeing how the fishermen treated the fish in such a brutal way had a profound impact on him. He said it made him angry and frightened of humanity.

“I just thought it was such a gross abuse of power in a way,” he explained. “We said to our parents, ‘Why didn’t you tell us?’ I remember my mom’s face, I remember her crying. She didn’t know how to answer. It became very obvious we weren’t going to eat meat anymore.”