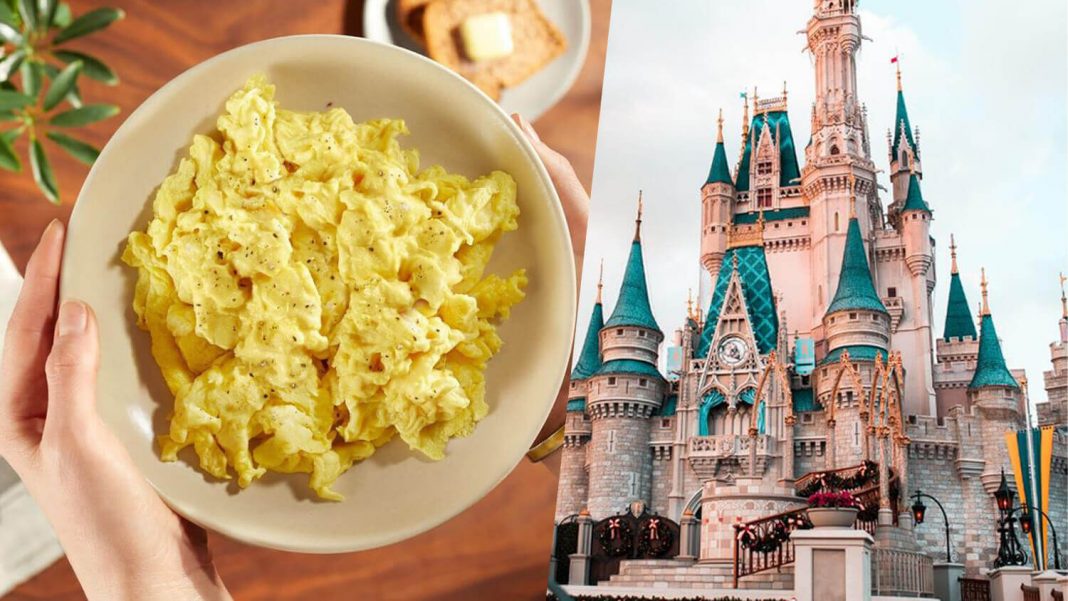 You can now order a vegan “scramble” bowl with JUST’s plant-based egg and Beyond Meat sausage at Walt Disney World in Orlando. Made from mung bean protein, the JUST Egg is a pourable plant-based egg that can stand in for traditional chicken eggs in dishes such as scrambles, omelets, and quiches.

The new option was announced by Vegan Disney World. According to the account, it’s available as a breakfast option at the Centertown Market in Disney’s Caribbean Beach Resort.

Disney-goers have the option of building their own bowl, which gives the option of a protein, an “egg,” and a sauce. Customers can choose Beyond Meat’s Beyond Sausage as a vegan protein option. The JUST Egg can also substitute for chicken eggs in the American Breakfast, which according to the menu, also comes with bacon, sausage, and toast.

Disney parks are known for being accommodating to all dietary restrictions, so you may be able to swap the sausage and bacon for vegan meat.

It’s here! The ⁦@justforall⁩ Egg has arrived in Walt Disney World. You can find it at Centertown Market at Disney’s Caribbean Beach Resort for breakfast. You can “Build Your Own Bowl” which is pictured, or the American Breakfast. They even have ⁦@BeyondMeat⁩ Sausage. pic.twitter.com/NA7ZlpBAOA

The JUST Egg has made waves since becoming available across the country. Following the launch, the California-based food tech company joined the Amazon Launchpad, an accelerator program created to support emerging, innovative brands.

In a crowning moment, the JUST Egg was named one of Time Magazine’s “10 Smartest Sustainable Products of 2018,” earning praise for its realistic texture. The plant-based egg has earned more than just accolades from the media – it’s also a hit with customers.

Just one week after the retail launch, it was reported that the plant-based egg had outsold whole chicken eggs in stores. “We’re grateful to see this extraordinary sales data. We’ve always said that if you make it easy for good people to eat well, they will,” JUST CEO and founder Josh Tetrick told LIVEKINDLY.

According to EJ Easterbrook of The District Market at Mills 50, a vegan bodega and grocery store in Orlando, the JUST Egg is hugely popular with customers. Data from the shop shows that the vegan egg sells an average of 210 bottles in 48 hours, sells 300 servings per weekend for foodservice, and is driving a 10-15 percent increase in customers each week.