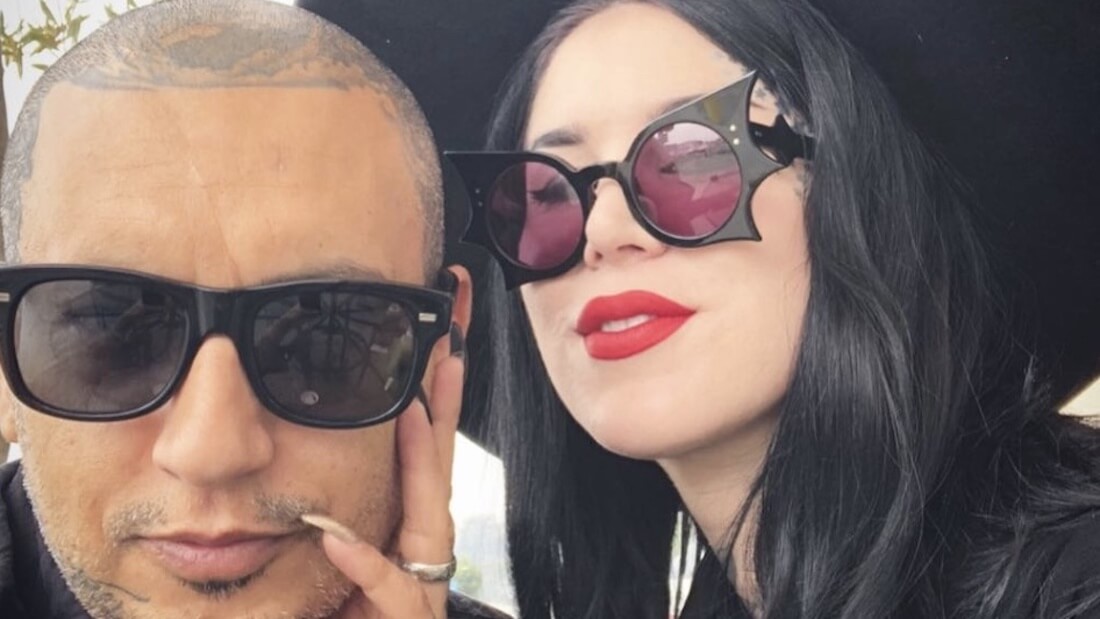 Entrepreneur, tattoo artist, musician, and vegan Kat Von D has announced her latest venture, and it has nothing to do with liquid black eyeliner or matte lipstick.

Von D and her new husband Leafar Seyer, who is also a vegan as well as the singer of the band Prayer, will soon join forces in a collaborative project. The couple has been working on a “super special documentary,” Von D revealed in an Instagram post. “Can’t wait to share with you guys!” she wrote to her 6.9 million Instagram followers.

SweetSalt Productions, the company working with the pair on their film, shared their own post about the project. “Spending the last few weeks with @thekatvond and @prayers [Seyer] filming their love story is really an honor,” the company wrote in June. “I still can’t wipe the smile off my face from last night. Thanks Kat for all the love you’ve shown me over the years, and thank you Rafael [Seyer] for your trust brother. Love you guys!

Been working on a super special documentary with my husband @prayers. Filming with @sweetsaltproductions. Can’t wait to share with you guys! ❤️?

Considering SweetSalt Productions first wrote about the project in June, it is possible that Von D and Seyer’s recent wedding could make an appearance in the documentary. The pair tied the knot in June with a heaven-and-hell themed “epic vegan wedding,” where the couple both donned cruelty-free fashion by designer Majesty Black. Guests enjoyed plant-based catering for the event, including a vegan red velvet castle wedding cake. A month prior to the wedding, the pair announced that Von D was pregnant with their first child together.

Von D has remained a vocal advocate for the vegan movement. The star is one of the narrators in the recent animal rights documentary “Dominion” that uses undercover footage to expose animal cruelty in the meat industry. Earlier this year, she publicly urged for the protection of the vaquita, a critically endangered species of porpoise.

Von D has also furthered the movement with her vegan beauty line Kat Von D Beauty. As well as providing an extensive range of cruelty-free cosmetics, Von D has used her products to raise money for animal welfare causes. She launched a lipstick shade, titled “Hilda,” and donates its proceeds to Farm Sanctuary, a nonprofit that rescues farm animals and advocates for animal rights.