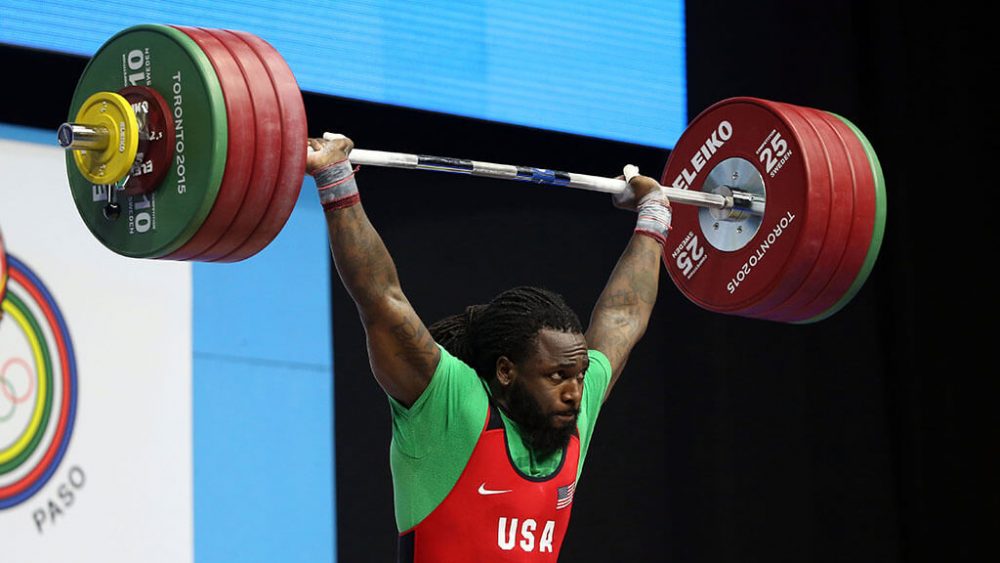 Olympic weightlifter Kendrick Farris doesn’t eat dairy — and he doesn’t think other athletes should, either. He is one of many professional athletes who have realized the truth about dairy, which has long been a staple food in the sporting world due to industry marketing that has largely convinced the public that milk is healthy.

Farris, a vegan since 2014, is no stranger to busting the myth that you need meat or milk to be strong. He was the sole male weightlifter to compete in the 2016 Rio Olympics, where he beat his personal record of 377kg in the snatch and the clean and jerk. Today, he, along with vegan athletes such as seven-time USA Cycling National Champion Dotsie Bausch, former endurance athlete Brendan Brazier, and Olympic skier Seba Johnson, have joined Switch4Good, a campaign that aims to educate athletes about the health myths surrounding dairy and how to replace it their daily lives.

The 32-year-old athlete told LIVEKINDLY in an email that his physical and mental wellbeing improved significantly upon cutting animal products out of his diet, but he was upset with himself that he, like many others, had bought into the “Got Milk?” marketing that says cow’s milk helps build strong bones. “It took me a while to really cope with the fact that I had been deceived. My performance was getting better simply because I wasn’t doing harm to my body, so recovery was happening faster,” he said.

“I actually noticed at a young age maybe around 12-13 when I went to the doctor for a physical and they did x-rays and the results came back cloudy and the doctor asked if I was allergic to milk. I quickly answered no but I did recognize that I had lactose intolerant symptoms,” Farris said.“I thought it was normal and it wasn’t until YEARS later after doing research that I was doing damage to my body.”

Lactose intolerance is far more common than what we may think; according to the National Health Institute, 65 percent of adults worldwide live with it. Broken down further, a 2010 report called “A Worldwide Correlation of Lactase Persistence Phenotype and Genotypes,” shows that 21 percent of white people are lactose intolerant versus up to 90 percent of East Asians, 75 percent of African Americans, and 51 percent of Latinos. Symptoms of lactose intolerance include bloating, indigestion, nausea, diarrhea, and other symptoms that may hinder an athlete’s performance. In Farris’s case, he noticed a significant improvement to his recovery time.

When it comes to ditching dairy, Farris has framed his perspective to not think of it as giving up a product, but discovering new options.“Naturally we all think ‘quitting’ something is difficult but in this case, it was simply switching. I didn’t view it like that at first so the hardest part for me was giving up cheese because I wasn’t aware of the plant-based options but once my wife and I found alternatives those thoughts quickly left.”

Despite being an Olympic weightlifter, Farris says that he still regularly gets questions about protein due to the lack of understanding that even athletes can meet their protein needs on a plant-based diet. It’s a fair assessment – the western diet is centered around meat and dairy and some might not know which vegan foods they can turn to as replacements. Through Switch4Good, Farris and other athletes aim to make replacing dairy products easy with a comprehensive list of vegan milk, ice cream, yogurt, coffee creamers, butter, and cheese products.

“Many athletes are quietly making a move to dairy-free alternatives regardless of propaganda to keep everyone on the hamster wheel,” Farris added, referring to campaigns like “Got Milk?”

To learn more about the Switch4Good campaign and Farris’s involvement, visit the campaign’s website.