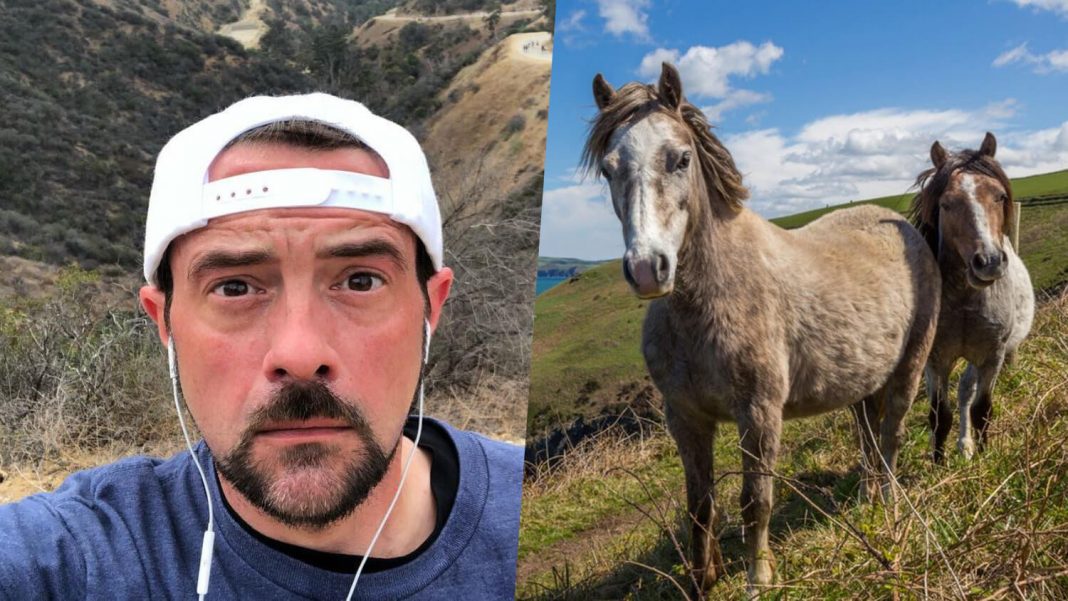 Vegan filmmaker Kevin Smith is helping to save horses from the Woolsey fire sweeping through Malibu, California.

The fire has forced evacuations of all Malibu residents, which is home to celebrities including Kim Kardashian West, Will Smith, Lady Gaga, and Guillermo Del Toro.

Smith took to Twitter with a reminder that it’s not just celebrities affected by the fires. Smith appealed for help to evacuate horses from a farm. He asked his Twitter followers to help evacuate 40 horses from Sycamore Farm “before the fires get there!”

The Malibu Times later confirmed that all of the horses had been rescued to a safe location.

SOUTHERN CALIFORNIA! Anybody near #Malibu with a horse trailer, SYCAMORE FARM needs to evacuate 40 horses from 3661 Cross Creek Road before the fires get there! #WoolseyFire https://t.co/XJe0x85TBo

Smith is not the only celeb trying to keep animals safe from the fires. Actor and liberal activist Alyssa Milano appealed for help to save her five horses from the fire, and, despite political differences, conservative actor James Wood reached out to advise, “Spray paint them with a phone number as a last resort and let them run. Do not leave them contained.” He also asked his own followers to help Milano if they could.

Milano later reassured her followers that her “Horses are finally safe,” as were her dogs and family. She also made efforts to help other animals, using her social media platform to promote LA Co Animal Care’s Tweet which said that The Industry Hills Expo Center is opening their stables for any horses being evacuated.

As everyone’s thoughts and prayers are with the residents of California at this time, it is apt that Smith is drawing attention to the needs of animals, too. Though he initially went vegan for the health benefits after suffering a major heart attack earlier this year, Smith has since become impassioned by animal welfare issues. The Hollywood star is encouraging Americans to avoid eating turkey this Thanksgiving, appearing alongside his vegan daughter Harley Quinn Smith in a new PSA for the nation’s first shelter for rescued farm animals. The Smiths have even signed on as spokespeople for Farm Sanctuary’s 33rd annual Adopt a Turkey Project, which urges people to view turkeys as sentient individuals and not food.