You can now eat vegan lasagna on Ryanair flights.

The airline collaborated with People for the Ethical Treatment of Animals (PETA), the largest animal rights organization in the world, to take “vegan dining to new heights,” PETA wrote online.

The plant-based pasta dish is topped with dairy-free cheese and is available on all of Ryanair’s European flights. A full page of vegan drink and snack options has also been added to the spring edition of the in-flight magazine, which also advertizes a Vegan Meal Deal for €10.

Ryanair has also continued its efforts in reducing palm oil, an ingredient linked to deforestation and consequentially, the death of ornagutans. Ryanair has reduced its range of products that contain palm oil from 33 percent to 19 percent. It is aiming to lower it further to 4 percent by winter 2019. 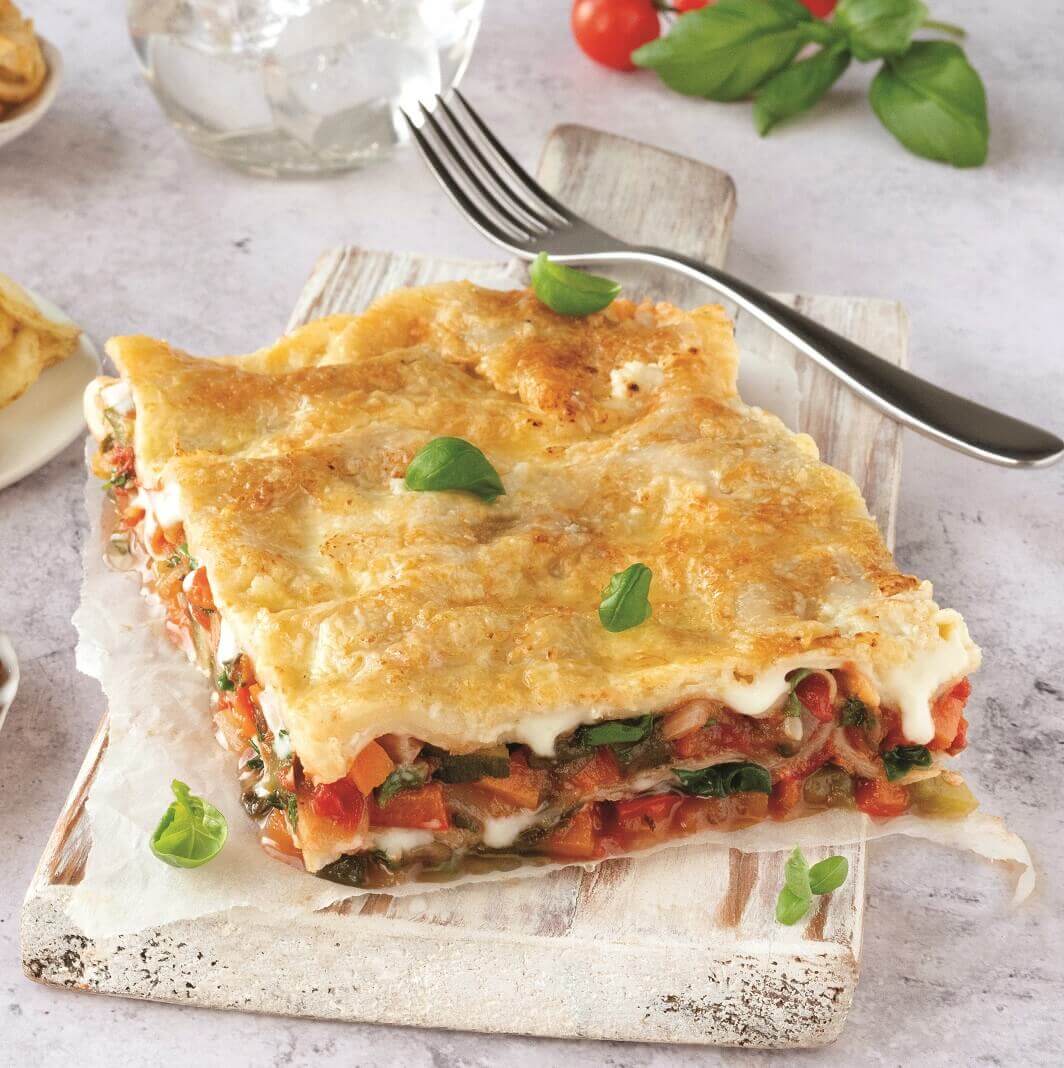 PETA said it “applauds” the airline for making the move toward cruelty-free. “While the vegan revolution has taken restaurants and cafés by storm, aeroplane meals have generally remained a bit bleak for vegans, with options ranging from unavailable to uninspired,” the animal rights organization said.

However, more airlines are jumping onboard and launching vegan options of their own. In January, low-cost airline Jet2 launched its first-ever inflight vegan meal, a plant-based penne arrabbiata. The same month, Jetstar airlines in Australia introduced two vegan dishes to satisfy its customers and late last year, U.S. airline Hawaiin Airlines added vegan options to the majority of its flights.

Companies are getting inventive with their offerings, too. Scandinavian Airlines is serving up meals featuring vegan mushroom meat. The dish features thyme-roasted mushrooms served with a lentil and beet-flavored wheat berry salad tossed with Öland black beans, golden beetroot, and hummus with parsley vinaigrette and vinegar-roasted buckwheat. The vegan option was added in an effort to be more environmentally friendly.