Vegan leather is a rising star in the fashion world. The leather alternatives market is expected to reach $85 billion by 2025, according to Grand View Research data.

The report highlights increased awareness of the leather industry’s effects on animals and the planet, lower manufacturing costs, and new, innovative textiles as factors driving the market. But what is vegan leather, how do you use it, and is it all the same? 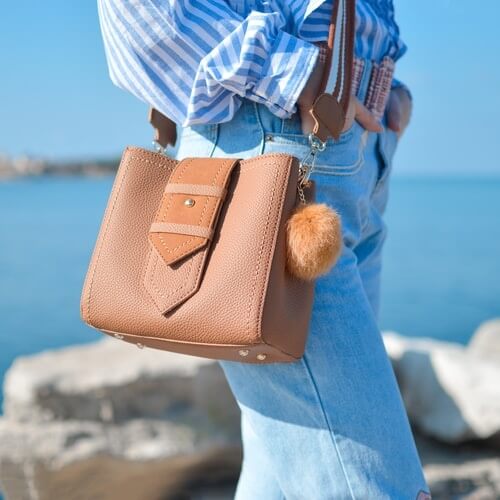 Brands can use a number of different materials to make vegan leather.

What Is Vegan Leather?

Vegan leather is any animal-free material that imitates authentic leather.

Most vegan leather you’ll find in stores is made of polyurethane (PU), a versatile polymer that can be made to order for any designer’s whim. Designers still use PVC (polyvinyl chloride), once popular in the 60s and 70s, in some applications, but it’s less popular due to its slightly sticky texture and lack of durability.

It can sparkle, have a nice glossy sheen, or be saturated in all kinds of shades, making it a popular choice for shoes, bags, clothes, accessories, and even furniture.

The most common way to make vegan leather-like PU and PVC is to apply a coating to a fiber base, according to Science Times. The types of plastic used in these coatings vary and this is what defines whether or not it is eco-friendly.

The once-popular PVC leather is known to release dioxins, a group of toxic chemical compounds that form when incinerated. Vinyl Council Australia notes that PVC only emits dioxins when burned or exposed to high temperatures.

The more modern and slightly less damaging plastic is PU, which is constantly being technically developed to reduce flaws, such as the hazardous toxins it releases during manufacturing and the oil-based polymers it’s made with which make use of fossil fuels.

While PU is one of the most widely available vegan leathers, recent innovations have given way to fabrics made from pineapple fiber, coconut water, apples, and mushrooms.

New innovations are always in the works. Researchers from Ohio State University used nano-technology to create vegan leather that repels water and oil. A 17-year-old Australian designer created a vegan leather jacket from SCOBY, the slimy colony of bacteria and yeast that ferments kombucha. 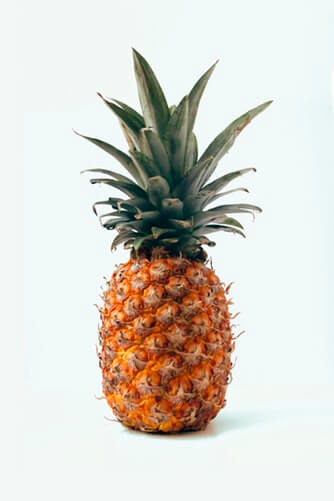 Piñatex makes vegan leather with the fiber of the pineapple plant. The company sources the leaves, which are typically discarded from the pineapple industry.

The innovation in technology not only results in a more sustainable, cruelty-free leather, but also an additional source of income for farming industries. Once the leaves are stripped of fiber, the leftover biomass is used as fertilizer or biofuel. The fiber is then “degummed” and processed to make an unwoven mesh, which is then shipped to Spain for specialized finishing. From there, it can be made into jackets, shoes, and watch straps. 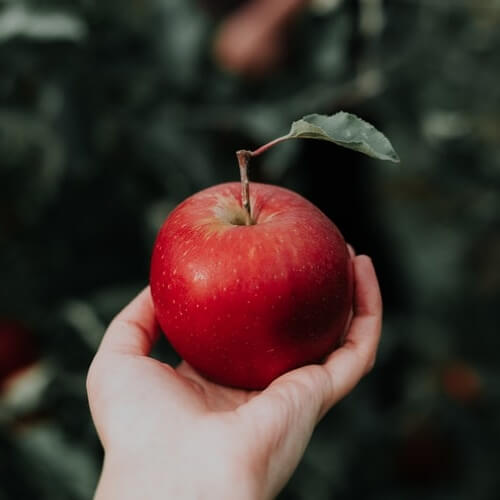 Vegan luxury shoe brand Veerah makes Appeel, a sustainable leather made from apple peels. The process starts with organic apples harvested from an Italian orchard that are then juiced. The peels are reserved, ground into a fine powder, then processed into a plant-based leather used to make shoes. Vegan “Harry Potter” film star Evanna Lynch has rocked Veerah heels. 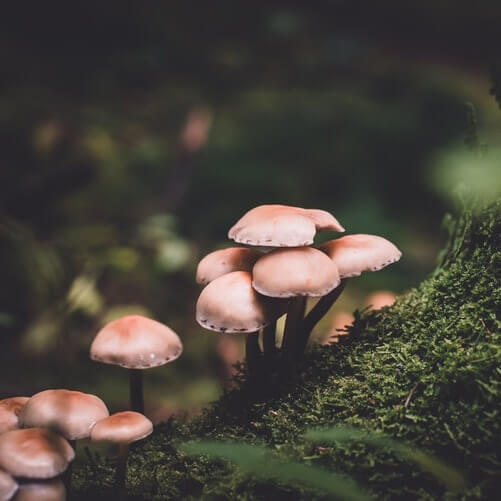 Award-winning German brand ZVNDER makes vegan leather from mushrooms. The company hand-harvests mushrooms from a forest in Romania. It then makes them into a soft, suede-like material in a studio in Berlin, which is used to make wallets, hats, and sneakers.

After ten years of development, Reishi may have created the most “groundbreaking” vegan leather yet. According to Vogue, the material “looks, feels, and even smells like leather.” It’s even vegetable-tanned in a tannery in Spain, just like its animal-derived counterpart. Vogue says, “perhaps the reason it felt so ‘real’ was because it was developed with specific leather qualities and techniques in mind, from stitching to croc-embossing.”

Reishi founder Philip Ross has worked with mycelium and other living materials for two decades. By manipulating mycelium cells, he manages to get them to grow and weave together. He told Vogue, “we can engineer it to make different [versions] for different applications, which you can’t do with animals or plastic.” Several brands have worked with Reishi already, although they are yet to be named.

California-based brand Bolt Threads, which has collaborated with English designer Stella McCartney, also makes leather with mycelium. It developed the material, called Mylo, in partnership with Ecovative, the company behind IKEA’s sustainable packaging. 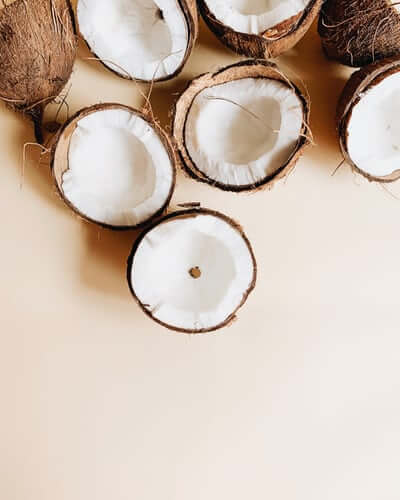 Malai is a completely vegan leather made from agricultural waste from the Southern Indian coconut industry. The company works with farmers to collect coconut water. The result is a flexible, durable, leather-like material that is water-resistant and free from plastic coatings and synthetic ingredients. It’s capable of being produced with different thicknesses and can be dyed. Malai’s vegan leather has been used to make shoes, bags, and clutches. 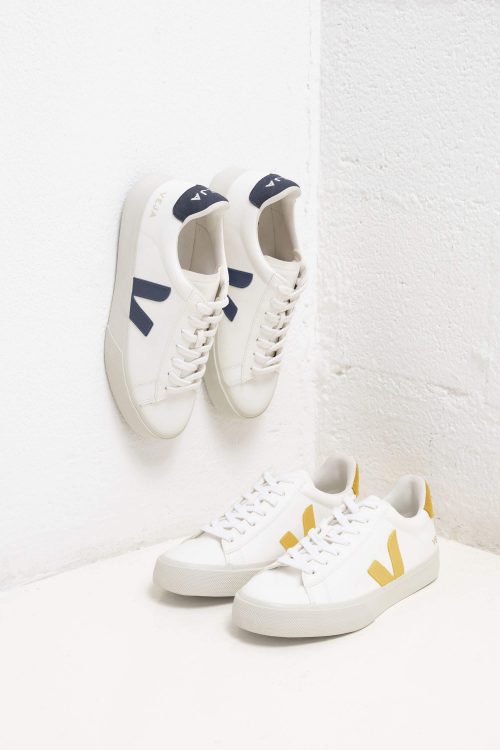 On a smaller scale, two designers on nearly opposite sides of the globe have developed vegan leather using SCOBY (symbiotic culture of bacteria and yeast), a slime-like ingredient used to ferment kombucha. Bulgarian-born designer Galina Mihaleva makes it out of a makeshift lab at the School of Art at Arizona. An Australian student made a vegan leather jacket using a similar method, which earned her a spot in the London College of Fashion.

New innovations are always coming to market as technology improves and more seek to make their lifestyle cruelty-free.

How Do Brands Use Vegan Leather?

Vegan leather has a number of uses, ranging from jackets, shoes, and accessories to furniture and car interiors. Innovations in the market mean that companies are always finding new uses. 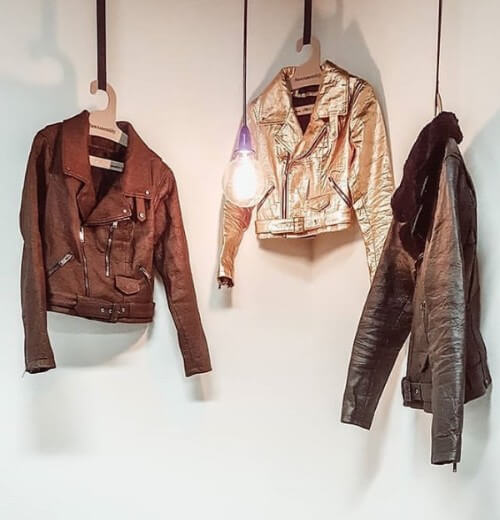 A vegan leather jacket is a wardrobe staple. You can wear one over floaty dresses or pair with an all-black ensemble. There aren’t many situations where a vegan leather looks out of place. Italian fashion brand Altiir makes gold and silver vegan leather jackets from Piñatex while James&Co Ethical Vegan Apparel opts for waterborne polyurethane. Faux leather jackets can also be found at retailers from H&M to Nasty Gal. 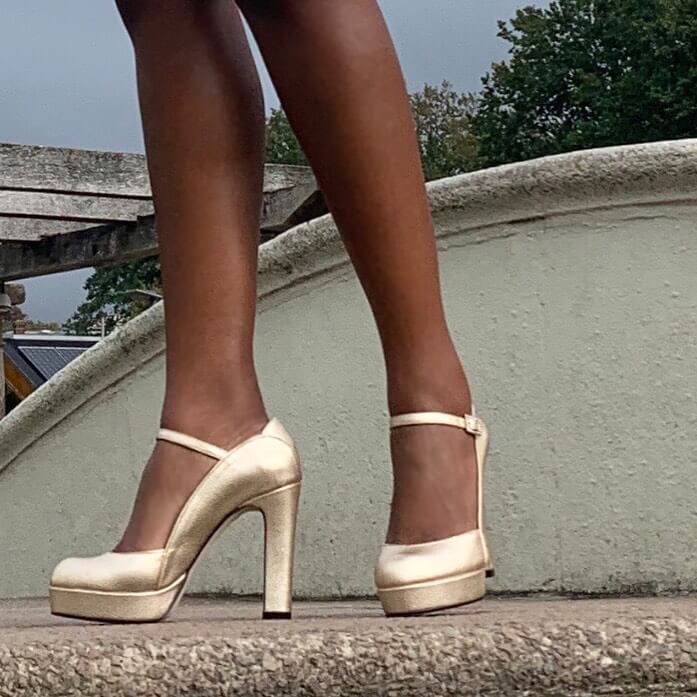 You can shop from all-vegan shoe stores like MooShoes or find alternative footwear from vegan-friendly brands like T.U.K.

For heels, try brands like Stella McCartney, Veerah, Beyond Skin, and Betsey Johnson. For boots, Dr. Martens offers a range of faux leather versions of its classic combat boots. 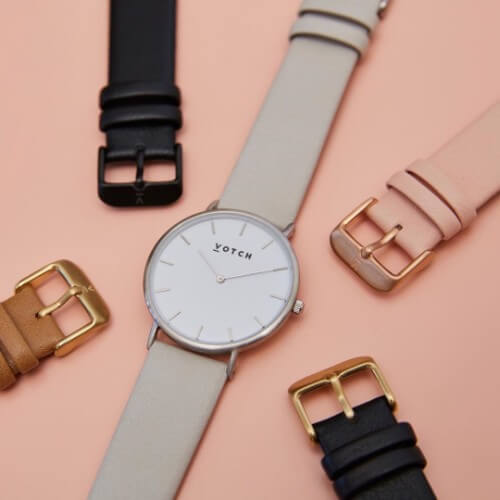 You can’t underestimate the importance of a good accessory, be it a belt, wristwatch, or jewelry. In addition to shoes, Brave GentleMan also makes vegan leather belts, which “Hunger Games” actor Liam Hemsworth rocked on the red carpet. You can also find affordable options from Corkor or in major retailers like Walmart and Target.

Is there vegan leather jewelry? Recycled rubber and tires are surprisingly leather-like and using them to make jewelry gives new life to materials that would otherwise end up in a landfill. Black Swan Bali makes a couple of pieces made from recycled rubber. Designer Laura Zabo makes jewelry and accessories for men and women from upcycled tires. Zabo even makes dog collars, so your furry friend can look sharp in a faux leather collar. 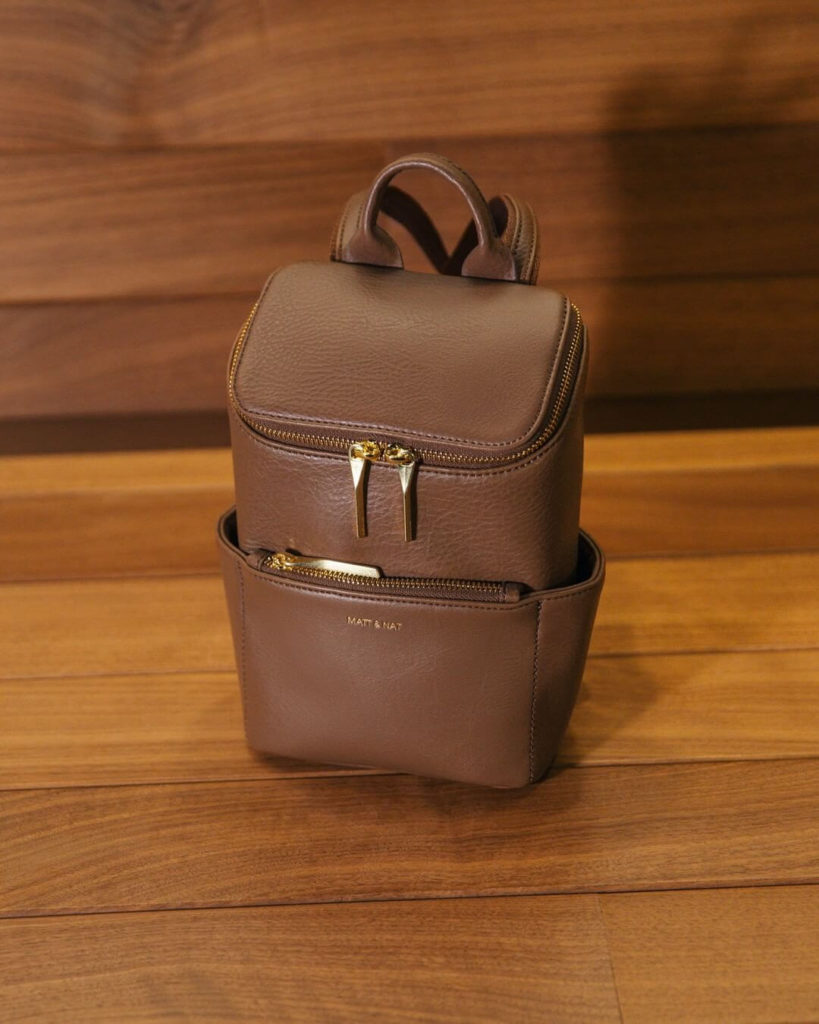 For some, an outfit is never complete without a bag. You can opt for a chic, minimalist look with bags from ethical vegan brand Matt & Nat, from simple clutches to faux leather backpacks. But if funky, creative styles light up your life, go for Betsey Johnson. You can also turn to Lulus, Urban Expressions, and Stella McCartney.

A number of affordable bags you’ll find in Target, Walmart, Marshalls, and department stores are also vegan. As always, you can find great things when you check the label. 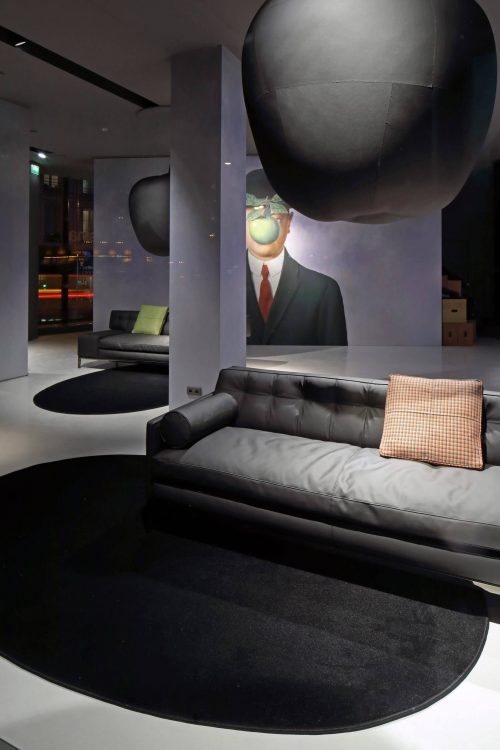 It’s also a rising trend in Hollywood, with designers such as Deborah DiMare using ethical alternatives to traditional materials. You can even source your own vegan leather to re-upholster thrifted furniture. There is also a website, Vegan Design, which is dedicated to helping people connect with vegan-friendly brands and experts. 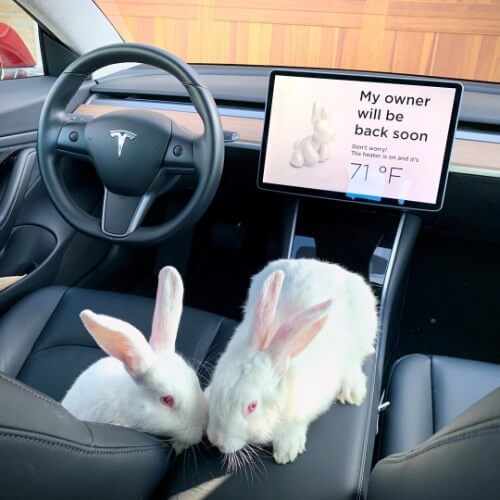 Will the cars of the future still have leather interiors? Once a nearly unavoidable part of buying a car, animal-free interiors are becoming increasingly popular as more consumers demand sustainable, vegan alternatives.