Designer Don Kwaning has created a material that mimics leather but is entirely vegan, architecture and design magazine Dezeen reports.

Called Lino Leather, as the name suggests, the material is made from linoleum, commonly used as flooring. Kwaning, who specializes in finding creative ways to use natural materials, teamed up with flooring manufacturer Forbo to generate new methods to treat linoleum to make it more versatile.

The Lino Leather comes in two forms. The first type, which is thicker than the other, is similar to rumen leather, usually made from a cow’s stomach. Kwaning has used this material, which has folds and a honeycomb structure, for wall panelling that has acoustic dampening properties, Dezeen reports.

The second Lino Leather kind is softer, closely replicating saddle leather, and could be used widely in commercial settings.

The materials are double-sided, unlike linoleum flooring. To do this, Kwaning placed the textile backing that is usually needed to stabilize linoleum in between two layers of his vegan leather. He believes it could be used in furniture design and upholstery.

According to Kwaning, linoleum, which has existed for more than 100 years, is an “overlooked material” with “great future potential.”

“Many people don’t even know it’s made from only natural materials,” he added. 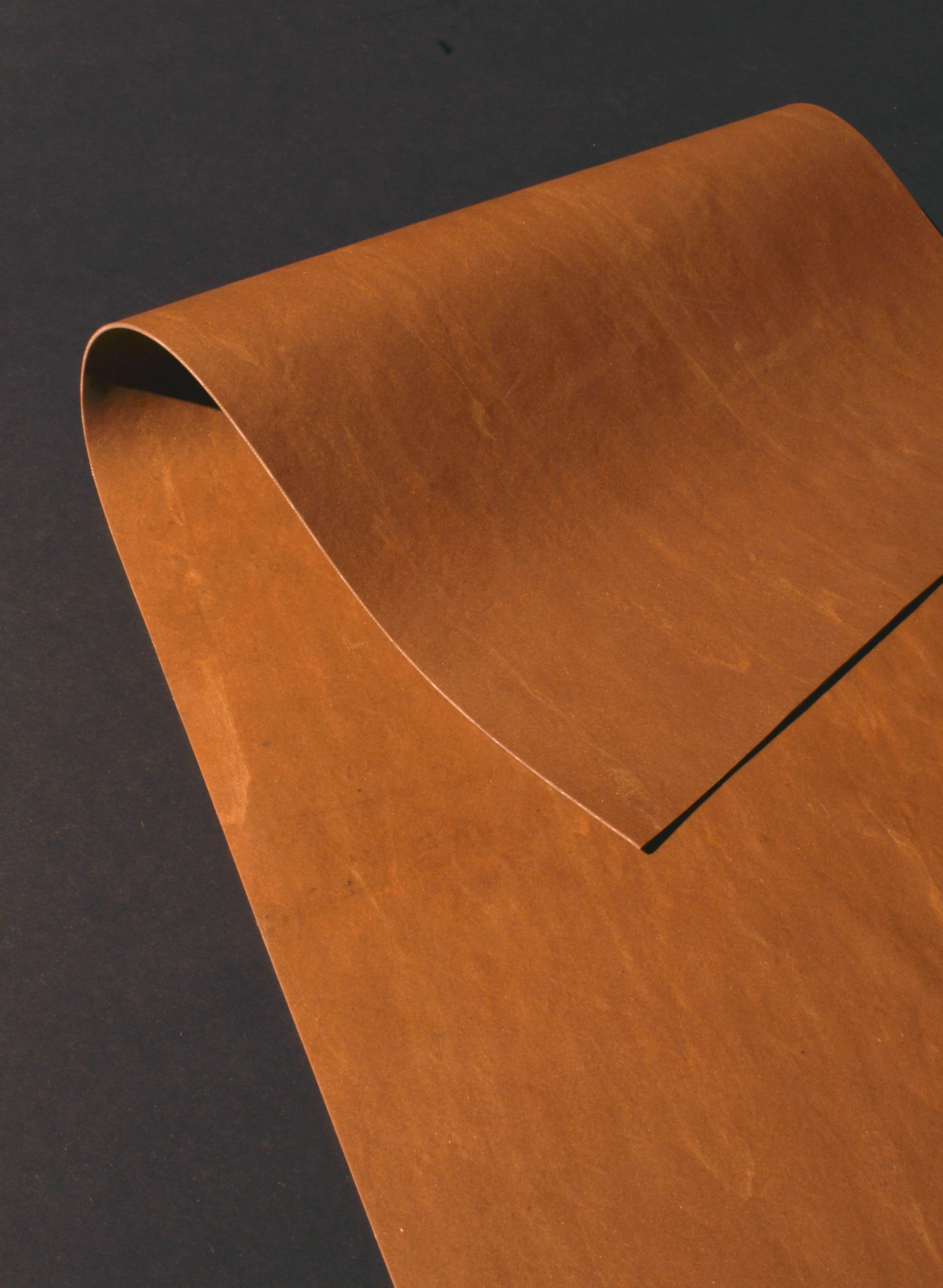 Linoleum is made from plant-based oils and resins combined with minerals or fine powders, like ground cork. It is then placed onto a textile backing, like canvas, and tinted various colours.

“I like projects that aim to change the industry by introducing new ecological substitutes for existing materials that are toxic or harm animals,” Kwaning said. He has also used wetland weed to make furniture and packing.

The vegan leather industry is only becoming more popular, with the market set to be worth $85 billion by 2025.