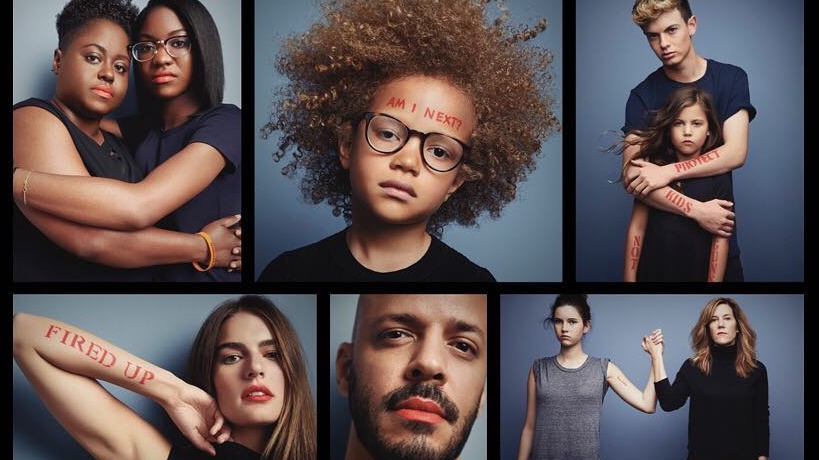 Vegan and cruelty-free lipstick brand, The Lipstick Lobby, has released a brand-new lipstick aimed at raising awareness about gun control.

Named “Fired Up”, the new product comes in a shade of burnt orange, a nod to the Wear Orange campaign, which encourages people to wear orange over the first weekend of June in support of gun reform.

The lipstick costs $19, and all profits will directly benefit the Brady Center, an organization that aims to cut gun-related deaths by 50 percent by 2025. The center aims to ensure Brady background checks are applied to all gun sales, stop the small percentage of gun dealers that supply 90 percent of all guns used for crime, and raise awareness about the safe storage of guns at home.

Alongside regular models, The Fired Up campaign chose survivors from Columbine, the Pulse Nightclub, Sandy Hook, and Parkland to represent the cause. The models are pictured with messages, written in lipstick, on themselves, such as “Background Checks” and the date of the relevant shooting. “No matter what you’re POV on gun control or gun ownership, I think we can all agree, enough is enough,” the company states on its website.

Patience Carter is a writer, Outreach Director for Gun Violence Survivors Foundation, and a #survivor of the Orlando Pulse Nightclub shooting. We were so honored to meet her and work with her on the campaign. We can say from first hand experience, she is graceful, confident, and full of pride. She has turned her story into action through her work at the @gvsfoundation . Show your support for #gunsafety and #gunviolenceprevention with our newest shade #FIREDUP at the link in bio

“At a time when nearly every day we turn on the television we are faced with the horrific images of a community rattled by gun violence, making the decision to stand up with the Brady Center was a no-brainer,” Davida Hall, The Lipstick Lobby founder, told Teen Vogue. “While many are using their feet to march and their voices to be heard, we wanted to lend our lips because we’re ready to join the fight for our lives.”

This is not the first Lipstick Lobby campaign, the vegan company also ran the “Outrage: Label Yourself” campaign, speaking up against systematic discrimination, and the “Kiss My Pink: Lip Statements” campaign, in support of women’s healthcare and reproductive rights.

“With every [The Lipstick Lobby] campaign, we aim to raise awareness for social justice issues, and also to provoke conversation,” the company states. “Wearing a coat of lipstick on its own can be simple and stunning. But sometimes we want to say more, say it clearly, and unapologetically.”