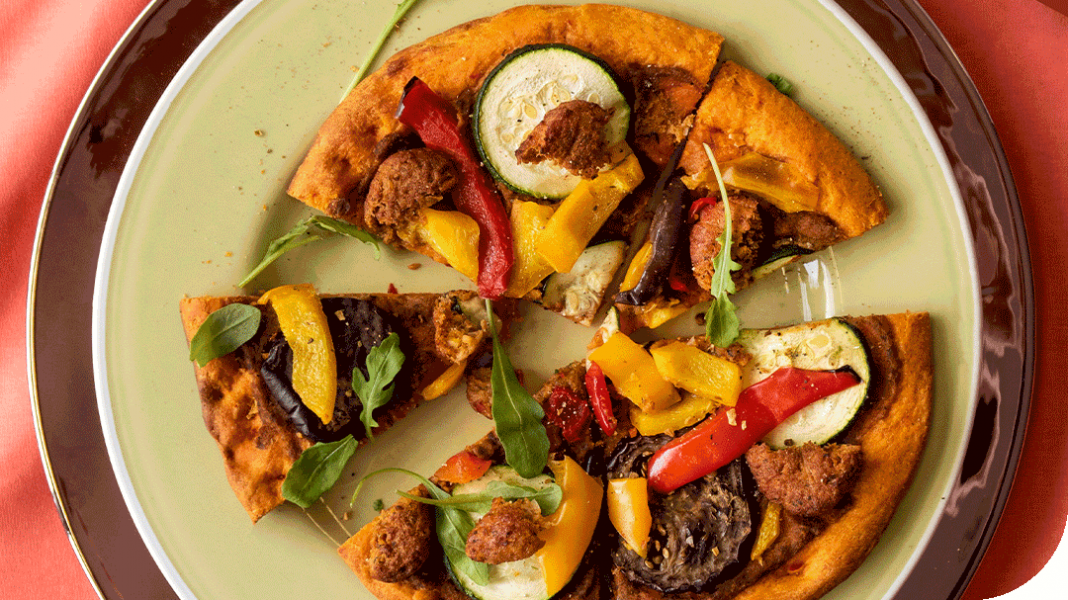 Already a hit across Holland, the new “Pitza Falafel” – a cross between a pita bread and a pizza – is loaded with 225g of vegetables and boasts only 616 calories.

According to the brand, Magioni’s low-carb pizza bases, created from a variety of ingredients, including cauliflower and courgette, have helped consumers pack more greens into their diet without stopping them from indulging in one of their favourite meals.

Speaking to Good Housekeeping magazine earlier this year, Manon van Essen, the founder of Magioni said, “We are so proud to have helped Holland to eat an extra 250 million grams of veggies last year. Now we’re excited for our small brand of young foodies to come to the UK and provide an option for anyone who doesn’t want to choose between healthy eating and one of the nation’s favourite foods.”

Talk to the pizza, cause the face ain’t listening? You now might want to skip this caption cause you’re insluted, but sometimes talking to a pizza feels so much better. You should try it #MagioniPizza

Waitrose’s pizza buyer Aileen Wood noted, “Pizza is such a popular choice with our customers and these bases give everyone’s favourite meal a healthy twist. With the increase in popularity of ‘flexitarian‘ diets and more customers looking for alternative ways to eat fruit and veg, the Magioni pizzas are a great way of getting more veg into your diet.”

Thanks to a push on new creative plant-based product offerings, and a new exclusively vegan section in store, sales of meat-free food at Waitrose are higher than ever. And the story is similar at the UK’s other leading supermarkets, including Tesco, Sainsbury’s, and Iceland. Like Waitrose, the latter even launched it’s own plant-based section earlier this year.

To find out more about Magioni’s veggie-packed pizzas (please note not all of them are vegan), see here.