Described as a food desert, the town of Watervliet in Michigan is now home to a business that could change local eating habits dramatically.

A resident of the town for only two years, Josh Musinki felt like there was something missing, and that it was impossible to get the vegan food he needs to sustain his lifestyle without driving at least 20 minutes away. It was out of his frustration that Water and Wheat Cafe Bakery was born.

‘The idea is to make things that restaurants, cafes and home cooks can use to easily make vegan food using fresh, more local ingredients. And to help inspire that transition for people to happily eat less animal products and more health foods,’ he told the Herald Palladium. 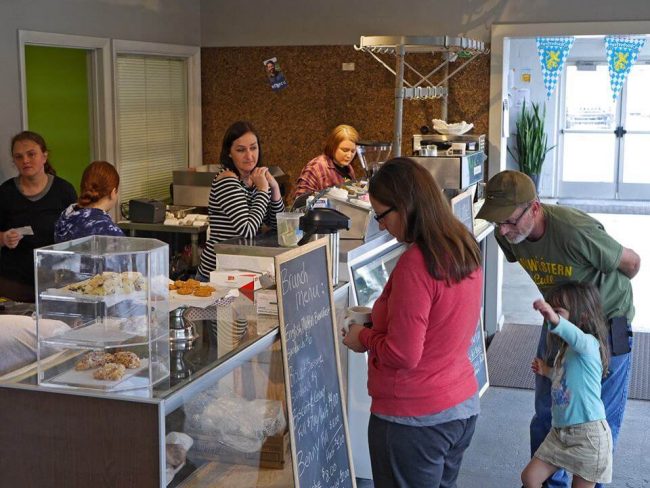 The chef claims that his new business has been a real help to the community. He tells Alexandra Newman of the Herald that people are often surprised that he would open a vegan establishment in the area despite the fact that many people in the town were already vegan.

‘Just in South Haven, there are like six vegan families. And kids from Watervliet High School are vegan. We’ve really met a lot of people with similar ideology and ethics because we opened this,’ he says.

Food deserts can cause huge problems for low-income families, as they are often left with a poor choice of food to sustain themselves. More often than not, the foods are heavily processed with a low nutritional value, leading to those who struggle financially becoming more susceptible to major diseases such as heart disease and diabetes. Low-income families are 70 percent more likely to become diabetic.

Although providing vegan food in a food desert may not necessarily allow all members of the community to eat the food due to potential financial barriers, it gives certain families improved access to healthy foods that will allow them to thrive.