BareLuxury has been 100 percent vegan since March 2017 and only use vegan spa products. BareLuxury treatments include vegan-friendly manicures, pedicures, eyelash, and facial treatments. The spa says on its website that a move towards more natural, vegan products is part of a quest for the “ultimate spa experience.”

“Our spa products are vegan, paraben-free, mineral oil free, gluten-free, cruelty-free,” explains BareLuxury. “Spa products nowadays are full of harmful chemicals, so we offer only vegan and paraben-free spa products and only brands well known in the professional beauty industry.”

Many luxury resorts, spas and similar getaways are making the switch to vegan menus, ingredients and treatments. As this kind of self-care becomes more vegan-friendly, there are many different resorts, spas and salons to choose from. 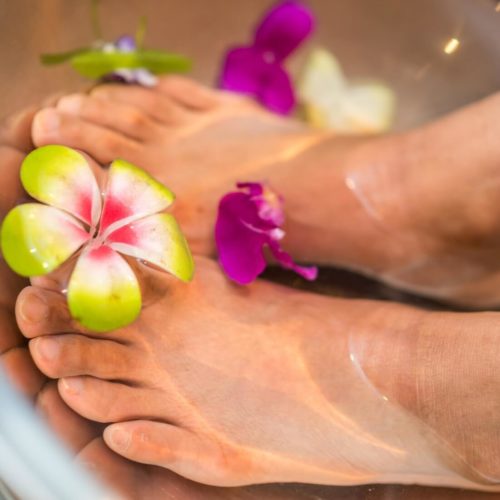 There are now many different vegan-friendly resorts, spas and holiday retreats to choose from.

Cosmetics testing on animals is now banned in over 40 countries and vegan beauty products are in increasing demand, according to a 2018 report published by Grand View Research.

The push for vegan-friendly ingredients is in part due to “Increasing concerns regarding health & safety, consumer awareness about the use of animal-tested products, and rising importance given to environmentally viable products.”

Research has found 72 percent of consumers believe animal testing is “inhumane or unethical,”  and many companies are responding to the public pressure and changing attitudes towards animal testing as scientific innovations create more alternative avenues to explore. Among these companies are chocolate producer Hershey and cosmetic brand Procter & Gamble, both of which have spoken publicly about ending animal experimentation.

“Growing scientific evidence shows that advanced human-relevant methods are more reliable than using animals,” NAVS president Jan Creamer said in a statement. “We hope therefore that these plans signal a concerted shift by research institutions to move away from misleading animal tests and towards better modern science.”