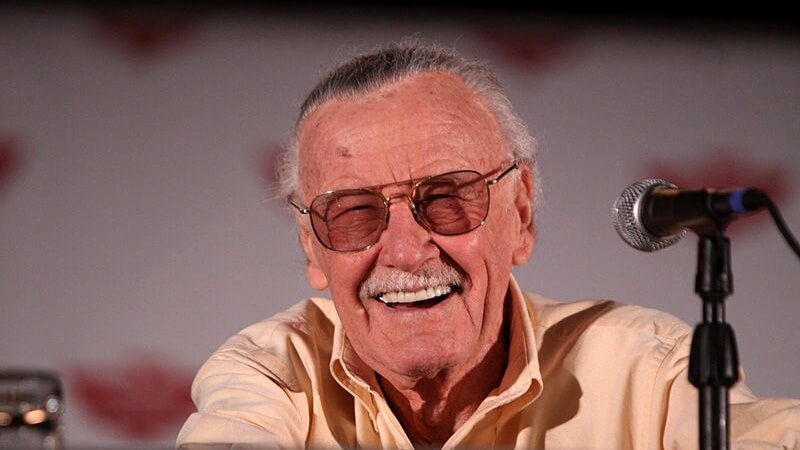 As a comic book writer and visionary, Lee created the Marvel universe, home to such heroes as Spider-Man, Captain America, Iron Man, Thor, Daredevil, The Hulk, Wolverine, Deadpool, Black Panther, and Doctor Strange among numerous others. Marvel was acquired by the Disney Corporation in 2009 — a fitting home as Lee was a Walt Disney for the modern era, building the Marvel universe for decades through comic books. But as many of his characters leaped onto the silver screen they helped Marvel and Lee reach an even wider audience across the globe with the timeless battles between good versus evil touching on social justice issues of the real world as well. Plot lines like those in Black Panther validated the medium as a capable tool in expressing humanity’s many struggles. Lee was also an outspoken advocate for the benefit of arts literacy and education for children, the focus of the Stan Lee Foundation.

“Stan Lee was as extraordinary as the characters he created. A super hero in his own right to Marvel fans around the world, Stan had the power to inspire, to entertain, and to connect. The scale of his imagination was only exceeded by the size of his heart,” Bob Iger, Chairman and CEO, The Walt Disney Company, said in a statement.

Several vegan and vegetarian stars of recent Marvel films including members of “The Avengers” and “Black Panther” paid tribute.

RIP my friend. Thank you for the incredible adventures your stories took all of us on. My love and support goes out to all your friends and family #stanlee #legend

“Thank you, Stan Lee, for bringing us so many great stories and fantastic heroes to our lives. For many of us, you are a true hero yourself,” Dr. Strange actor Benedict Cumberbatch wrote on Facebook.

Thor actor Chris Hemsworth thanked Lee for “the incredible adventures” that his stories took fans on.

“You taught us that there are no limits to our future as long as we have access to our imagination,” Duke wrote.

Vegan filmmaker Kevin Smith also took to Instagram with an emotional tribute. While he never starred in on one of Lee’s films, Lee actually played a cameo in Smith’s 1995 “Mallrats,” giving the character “Brodie” (Jason Lee) a pep talk about love. Smith was also a contemporary of Lee’s in the comic book world, writing his own comic books including several series for Marvel.

“You were the first creator whose voice I knew before I’d ever actually heard it,” Smith wrote. “You dreamed up some of my favorite modern myths and created characters that instilled in me a moral barometer, teaching me right from wrong and showing me it’s always better to be a hero instead of a villain.”

This is how I’ll always see you, @therealstanlee: as our benevolent leader and king, smiling down from your eternal throne on the generations of imaginations you fed and inspired. You were the first creator whose voice I knew before I’d ever actually heard it. You dreamed up some of my favorite modern myths and created characters that instilled in me a moral barometer, teaching me right from wrong and showing me it’s always better to be a hero instead of a villain. Your characters represented us: yes, they had extraordinary, unbelievable abilities, but they were also reflections of a world we knew, where a Spider-Man is really just a boy who wants to help. You showed me how to interact with the audience whenever you stepped onto Stan’s Soapbox to reach out to the readers. You showed me how to advocate for my field beyond the actual art itself whenever you tub thumped for comic books outside of the medium. It was never enough for you to simply make a comic because you were a true salesman at heart. So you not only sold comics, you sold me *on* comics – so much so that I built a life and career around your dreams and ideals. When you did Mallrats with us, you not only made a lifelong fan’s dream come true, you also lent me comic book credibility that I still get to spend today. And whether it was for @comicbookmenamc or @yogahosers, whenever I asked to borrow your heat again, you were always there for me with a smile. Your love story with Joanie and your long, happy marriage always shined as an example of what I wanted for my personal life. I long admired (and emulated) your kindness and patience and sense of humor when dealing with your public. Outside of my parents, you were the one adult who gave me the most useful life skills I still use today. Thank you, Stan, for making me not only the boy I was but also the man I am today. You had great power and you always used it responsibly, fostering billions of dreamers who all know your name – a name written in the stars for all time. You were not just the literary titan of comic books, you were our modern day Mark Twain. I will miss you all my days, my friend and hero. Excelsior forevermore. #KevinSmith #StanLee

After adopting a vegan diet earlier this year as part of his recovery from a heart attack, Smith recently appeared in a PSA for Farm Sanctuary. Along with his daughter, actor Harley Quinn, Smith urged Americans to leave turkeys off their plate and opt for more humane options in a move that seems to mirror his sentiments toward Lee in being a “real-world” superhero.

“You had great power and you always used it responsibly, fostering billions of dreamers who all know your name – a name written in the stars for all time,” Smith wrote in tribute to Lee. “You were not just the literary titan of comic books, you were our modern day Mark Twain.”